Ever heard the story about the bride on her wedding day who hides in a chest during a game of hide-and-seek, and whose mouldering skeleton is only discovered years later?

You probably have. It’s a real chestnut, and lots of houses in England lay claim to being the house where the story took place. But you may not know that the first recorded version of the story was set in Germany. And since then, modern versions of the story have been set anywhere from here to Palm Beach in Florida.

That’s the thing: stories get passed around, and polished as they go. Especially ghost stories: their shapes shift over time – probably according to what will best chill the reader.

We wanted to celebrate this Chinese-whispers quality in 26 Ghosts. So, we writers began the project with a session in a pub (a working session, of course) where we each told one another an old ghost story. Each writer then used one of these stories as inspiration for their new work. 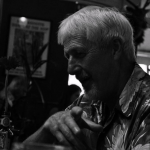 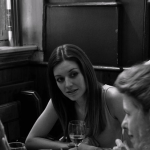 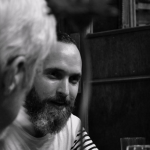 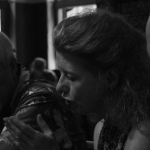 We heard all sorts: from Irish legends to tales from our own homes. It became hard to tell what But we were certain of one thing: we sensible, rational people all felt quite unsettled as we made our way home in the dark…