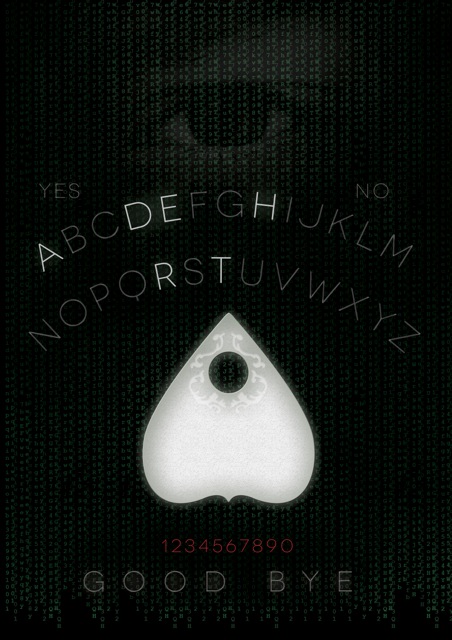 This file is only available in transcript format. All requests for the video log must be approved by the Director of Defence Security.

Justine Zane, this is Wiltshire Police. Please sit down and face the screen in front of you.

You have been summoned to this reporting pod because we have evidence that links you to the death of Felix Hertz. We need to take some details from you.

We realise that this may be a distressing time. Please be assured that we will do everything we can to ensure that your case is treated fairly. We will now ask you to make a statement. Tell us about your involvement with Mr Hertz, your activity at Assisted Living Ltd and your whereabouts at the time of his death.

In your own time, please begin speaking to the screen.

I don’t know what you want me to tell you. What happened? I don’t know… I…

Justine, we advise you to begin providing your statement.

OK, I understand. Am I speaking to a person? Is anyone there?

Yes Justine. Someone is here.

OK, yes. I just feel better knowing I’m speaking to a human being.

Felix was my oldest friend. We grew up together. He helped me get my job at Assisted Living – my first real job since university.

I was so excited to be here. I thought this was a chance to make people’s lives better. You know why everyone’s depressed these days? They feel no sense of purpose in their lives anymore.

So Assisted Living does enhanced sensory perception technology. So, you know, we write sensory code into software. Businesses use it to keep their staff motivated. So…  one example – when carpenters use virtual planers, we’ll help them feel the resistance of the wood as they hone it into shape. They’ll even get that medicated scent as the shavings curl away from the blade. Makes them feel like they’re really sculpting something. I mean, they are. But they feel like it’s physically demanding.

And then you have remote surgery. It’s not just the motivation; surgeons need the stimulus of the real operating floor, you know? And the feel of human tissue and viscera. Without it, they can’t respond quickly enough when things go wrong.

Felix showed me the Common Room. See, the company HQ used to be a boarding school. Now, we use the room to do research, trying to capture the essence of certain kinds of work; the mood, the emotion and the physical act. We stay at the school, all of us.

I hated my first project. We’re using mood enhancers and physical activity surrogates for consumer products now. So I was asked to develop a terror stimulator called The Dread. You can use it during horror films. It tricks you into thinking that every creak in your house, every moving shadow, that sudden drop in temperature… creeping malevolence… it’s all very, very real. And it’s going to draw the cold sweat out of your skin like rain after a thunderstorm.

So I’d spend hours in the Common Room, just trying to capture that feeling, nail the project and get it over with. At least I had Felix to complain to over an evening drink.

He listened as I ranted about how I wanted to do real work, not peddle cheap entertainment. “C’mon Just,” he said, “Don’t take life too seriously! People need to be entertained too.” Then we’d start reminiscing, and relax a bit. It was nice.

Nights like that really got me through. I was overworking and started having hallucinations. I’ve been told it’s an occupational hazard. I started seeing teenagers, in uniform, sitting in the Common Room. I fought the urge to shout out to them; they were just products of my imagination. They wouldn’t have been there if I hadn’t known it was a school. So I didn’t fight it. I worked on, and channelled the fear. I would stay up all night, writing code, splicing together anything I could associate with what had happened. I thought I’d be finished ahead of schedule.

But a few weeks into the project, I had a real mental block. I just wasn’t getting it. Felix said he had something that could help me in my research. Something that would scare me out of my wits. Then he stared at me wide-eyed and mockingly said, “And here’s the scary bit, Justine – it’s fun too!”

So we went to his dormitory, and he took out this wooden block engraved with numbers, letters and odd glyphs, all running around the board in concentric patterns. At one end, the word YES. At the other, NO. Felix said we would use it to talk to ghosts. As I ran my palm against its engravings, I thought “It’s beautiful.” It was kind of like… circuitry. All that intricate wiring that is hidden behind the veneer of a device. And had this dark patina to it. I made me think about those carpenters, how they’d love to feel something like that.

But then I felt a little cold as I read the words running across the bottom: GOOD BYE.

That was all. Do all ghosts end their visitations with such indifference? Maybe they have no idea of the full weight of their torment.

Felix produced a pointed wooden puck with a hole in the middle, and placed it on the board. He told me it was a planchette. He said to place one finger on it, then he did the same. I smiled at Felix, if anything to cut through the atmosphere that seemed to be cloaking us. Felix shot me a dark look, as though this suddenly wasn’t fun anymore.

He said, “Clear your mind.” I tried, and typically, other thoughts poured in. I giggled inwardly at a sudden image of Felix thrusting awkwardly, his face all puce and twisted in a pained rictus. At the time I dismissed it as some crude intimate thought of him. But maybe it was… a vision?

I shook the thought away, hardly noticing that the planchette was now coursing across the board, bringing our fingertips with it.

Felix asked quickly: “Is anyone there?”

And I thought, “Felix is trying to scare me.” Or maybe we were moving the planchette unconsciously. I couldn’t be sure. Then it said:

I felt offended. As far as I knew there was no-one there, and Felix was spelling that out! So I half-joked, “Well, I say! Aren’t you going to defend my honour?” Then the pointer moved.

It went to NO, then it spelled:

TELL HER YOU DID IT WITH HER EYES CLOSED

I looked at Felix. He was staring hard at the board. He jerked his hand up off the pointer, as though it was suddenly hot. It made me do the same. Then without the conduct of our fingers, the planchette slid. It stopped at GOOD BYE.

I cried out, “What the fuck was that?” but before Felix answered I ran to the Common Room. The lights were off; I knew the way well enough in the dark.

As I ran to my station, my screen flickered on and cast a dim light. And… oh god, the chairs! The chairs were circled around my station, impossibly tipped, of their own will, up on their front legs.

I threw one chair away. It clattered behind me, and all the others fell back on their feet.

I looked at my screen, and went back through my work. I started seeing strange inclusions in my code. It seemed to be a different language. I tried playing it through some software. But as it loaded up, everything fell out of view.

When I woke up, it was daylight. One of the marketing people, Sarah, was shaking me by the shoulder. She said that Felix had been found dead in his room, face twisted, jaw dislocated. Frozen cold on his front, in his bed. Some kind of encrypted file had been found and police were looking at it.

I cowed down. I couldn’t look at my screen, so I just grabbed it blindly from my station. Sarah pulled me up and took me to my room. I haven’t left since. I knew you were coming for me.

Wait, sorry. There’s something else. I had to know what this code did. So I investigated, and… Look, I think this could have a use. Imagine if we could get rid of tyrants or terrorists in an instant, with no risk or loss to innocent life. Except yours. I’m so sorry. I have to leave this pod now and start work. I’ve set up the file on your system. In a moment you will see what Felix saw. Don’t be afraid.