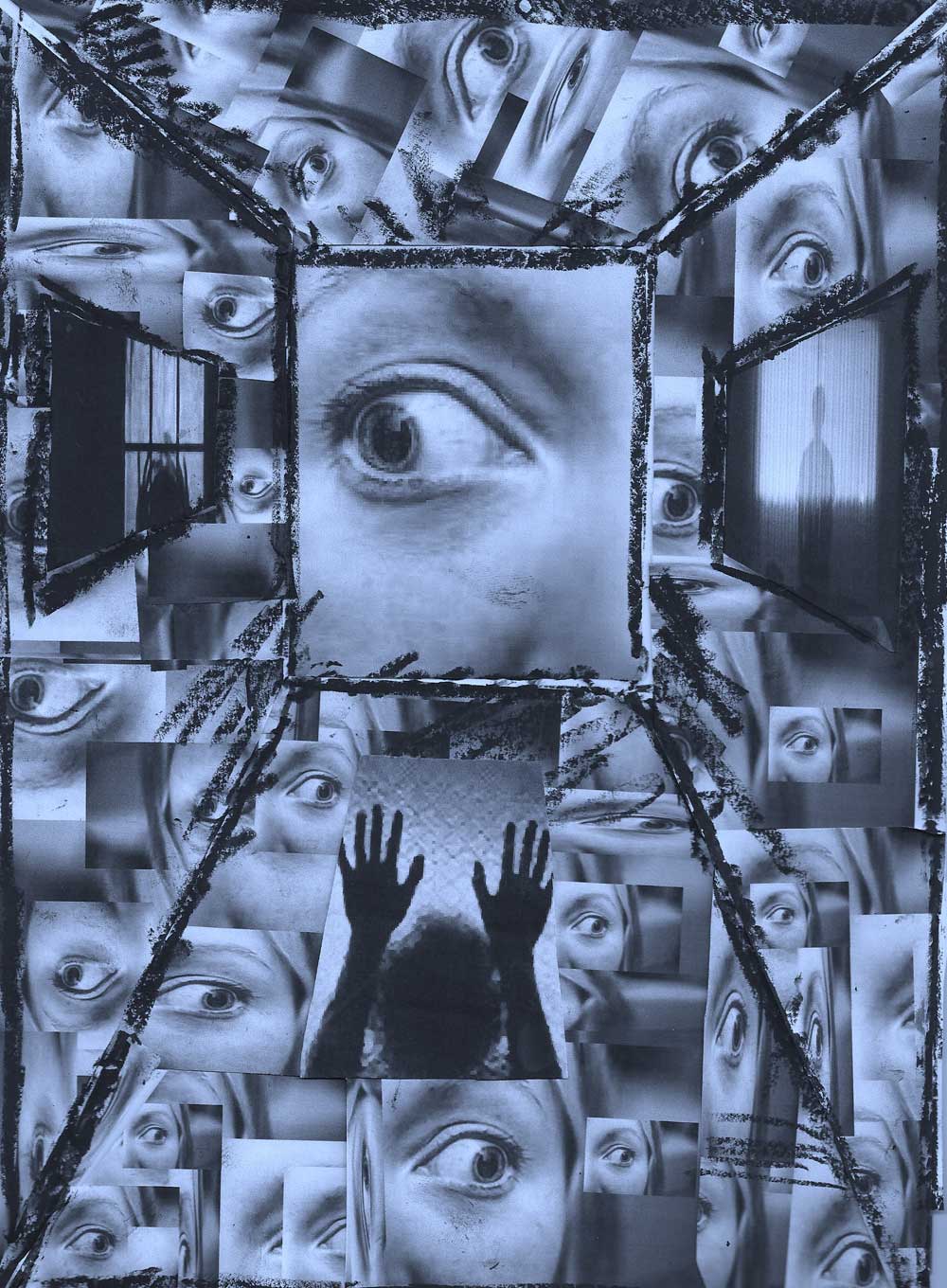 This morning I found a mouse outside my door. It was lying on its back, stiff with rigor mortis, its feet sticking up in the air like it was waving at me.

I picked it up and held it out for inspection. Whatever made the mouse a living creature had gone and wasn’t coming back.

Plink. It hit the water.

I pulled the flush.

I swear the temperature must have jumped above 30 degrees today. I can feel my skirt sticking to my thighs. It’s charcoal coloured and has buttons down the front, a bit like the one I wore at your wake, and it falls just below the knee. Thomas can’t stand it. He says it’s dull and I should wear something brighter, but I like how the fabric slides between my fingers.

I don’t think many people are staying at The Cradle Inn tonight – the receptionist said I could check in early if I wanted to. My room’s got twin beds, which reminds me of Grandma’s. Remember how you used to sulk if you didn’t get the bed by the window? You said you wanted to peek through the curtains to wave at visitors from far away galaxies. “There’s something else out there,” you’d say, “there must be.”

Anyway, the room’s okay considering I booked it at the last minute. It’s bigger than I expected. But the picture frames on the walls don’t match. I can’t get them to line up. And there’s dust on the skirting boards.

I had my appointment with Anne Stewardson at the gallery this afternoon. She was just like I’d imagined: red hair, loud cackle. I think she liked my artwork. She said my brush strokes were incredibly controlled; she said it made the images look photographic, especially the one of the boats out at sea.

She wanted to know if I’d stay for the opening this weekend, but now that Thomas and I have set a date I really need to get back to London to see the florist. I told her I’d come back and help her set up tomorrow morning before I catch my train, then we chatted for a bit about the exhibition and she asked where I was spending the night.

When I said The Cradle Inn, I thought I saw her frown. She paused for a second, like she was thinking about something. Then she asked if I had kids.

It was a bit random, the way she changed the subject, but maybe she was just busy getting the gallery ready. I told her that we wanted to wait until after the wedding and she smiled and said, “That’s okay then.”

Anyway, I hope this weather breaks soon. I can feel the sweat creeping down my spine. Maybe I’ll go down to the bar for a bit, just to get out of this room for a couple of hours.

P.S. I’ll leave the bed by the window empty for you.

Earlier I kept hearing this noise, this creaking. It sounded like there was someone in the corridor sneaking along the wall outside my room.

There aren’t any other guests on this side of the building, so it was probably just one of the hotel staff.

I tried to ignore it at first. I pulled the sheets up around my neck, pressed a pillow against my ear and closed my eyes. But the sweat on my back kept distracting me and I couldn’t stop myself from listening even harder.

Who was it? And what they were doing sneaking around like that in the middle of the night? It was starting to unnerve me, and I knew I’d have to go and have a look.

I got out of bed. I crept across the room.

I turned the key until I felt the lock click and twisted the handle towards me. Then I opened the door less than an inch and put my eye to the gap.

The corridor was empty.

Like I said, it was probably just one of the hotel staff. At the time, I almost laughed at myself for getting so worked up.

Then, just as I was closing the door, I thought I saw something out of the corner of my eye. Just a shadow? But it was moving across the corridor wall.

It’s late and my mind’s probably playing tricks on me. Thomas would say I was over thinking things.

I do think too much sometimes, I suppose.

Sometimes I think about you, James, in your rocket ship pajamas, nose pressed against the glass, gazing up at the stars. What did you see out of that window? Did your imagination take you to the edge of the galaxy? Did you ever find out what’s at the edge of the edge?

And sometimes I think about how tiny we are, and I picture the world as a grain of sand at the bottom of the ocean. We buried you in those pajamas, James. Mum said you’d gone to see the stars.

I think that shadow has freaked me out a bit. I’ve been sitting up in bed for 45 minutes now thinking about it.

Maybe I’ll remake your bed since I’m awake anyway. They haven’t done it properly – the corners aren’t tucked tight enough and there are wrinkles in the sheets.

At least Thomas will be waiting for me on the platform tomorrow evening and I can go home and get some sleep.

Something doesn’t feel right. I still can’t get to sleep; I keep looking over at the door.

I thought writing to you might help keep my mind off it. There’s so much I’ve got to do at the gallery tomorrow and Thomas will be waiting on the platform and I really need to get some sleep.

I’m going to check the corridor again, just so I know that there’s nothing out there…

…James, the handle wouldn’t turn. I think something has jammed the door.

It’s probably just stuck. I’m sure it’s just stuck. I’m pretty sure that happens a lot with wooden doors in the heat. I’ll ring down in the morning and get them to come and sort it out.

But I feel like the room is smaller now. It’s odd. I think I need some air. I’ll go and open the…

I just heard something.

I can hear it moving in the corridor.

There is someone there.

I had to look through the keyhole. I couldn’t take not knowing.

I don’t know how to describe… It’s not an adult, I’m not sure it’s even human. I’ve never seen…

I need to get out of this room.

I could see right into its eyes. It knows.

We picked you up from Grandma’s that night. It was late and you were so tired you fell asleep on the back seat.

I do remember Thomas laughing. He had the window down and was lighting up.

It was all so new and I think it I just got carried away and something inside was telling me to go faster so I didn’t take my foot off the gas. I kept up the pressure until it felt too fast but not fast enough and it was okay because Thomas was still laughing and we were having fun and then a car pulled out and I swerved and I knew we were going to…

That moment comes back every night. But tonight something’s different.

It’s blocking the door so I can’t get out.

It’s so stuffy in here I feel like I’m going to suffocate. I’ll go and open the window.

Remember how you used to peek through the curtains to wave at visitors from far away galaxies?

I need to get out.