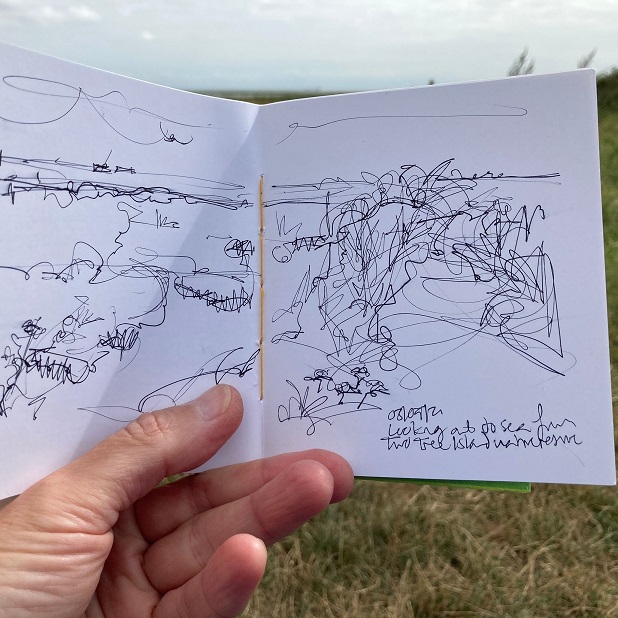 Ask what the coast needs
Before summer holidays’
Ebbing memories.

‘Am I land or sea?’ the coastline asked me
While breaking waves divide infinity—
That day I combed for miles along the sand.
The swash, with votive offerings, said land—
The backwash, ferrying passage to the deep,
Collected obols from the shore debris—
Not so forgetful of the absent gods
Who’ll just as swiftly take as give a gift—

But sure as tides will turn, their rise and fall
Invites your wading into this debate—
Leave no trace but your soles imprinted—though,
One moment more, a downrush tugs the heel
And swirling under silent skies, the Sun
And Moon and powerless stars—each choice is made.
No question then, the voice speaks to us all—
More treasure I had never hoped to find.

The UK is blessed with nearly 20,000 miles of coastal habitat – sand, rock and shingle beaches, sheer cliffs and sand dunes, saltmarsh and mudflat – not forgetting the marine habitats like kelp forests and biogenic reefs. And wherever land meets the sea, erosion is constantly shaping and reshaping the coastline.

Only in the very recent past have we begun impacting the natural process of coastal habitat formation. 45% of our coast is now constrained by sea defences – protecting property from flooding, but also preventing the formation of natural sea barriers like salt marshes and mudflats. Add to this the thousands of holidaymakers who descend upon our beaches in the summer, and much of the UK’s coastline habitats are being squeezed, putting species and more at risk.

The Wildlife Trusts believe “we cannot afford any further reduction in the quality or quantity of our coastal habitats”. They are advocating to give coastal habitats the space to adjust by relaxing artificially fixed sea defence lines, to give natural forces their role back in replenishing the coast.

Oddly enough, I started writing ‘Beachcombing’ several years ago, after a long walk by the sea. When I found myself matched with the coastline habitat for 26 Pledges, the half-finished poem came back to me on a wave of memory – revealing new meaning, requesting deeper understanding – like a warning in a bottle.