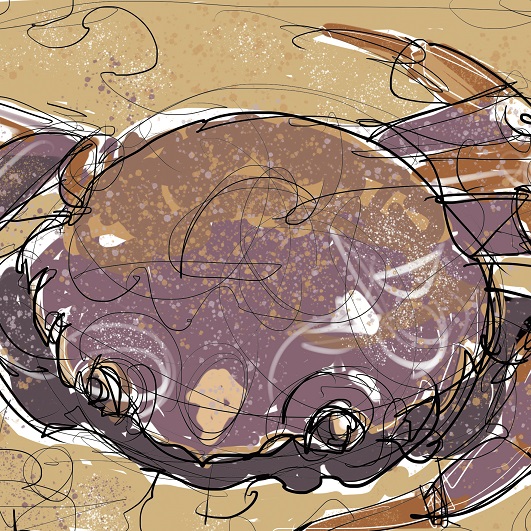 Please keep off the lawn

Rooted in sand, waving fronds hide young fish from wider mouths,
supply stakes for seahorses to lasso their tails against charging currents,
stock sediment larders for turtles and crabs,
and then – like a marine Persephone – pass from the underwater to land on the falling tide,
to nourish the wetland birds.

And as the grass sucks carbon into its aquatic sink,
sieves oceans of dirt,
slows waves intent on whittling shores,
and takes bacteria’s bullet for us;
boats and developers, storms and ignorance scythe bare the flowering lawn.

Come, let’s protect, restore and replant, or leave our future rooted in sand.

If seagrass was a cartoon character, it would be Mr Benn – the deceptively dull-looking city gent who achieves amazing feats when – as if by magic – he assumes the roles of the costumes he finds in a fancy dress shop. For, despite its resemblance to a clump of damp sedge, seagrass is the superhero of plants.

Just for starters, seagrass – which grows in shallow seabeds, lagoons and estuaries across 159 countries on six continents – is a biodiversity hotspot. The 72 species of seagrass are home to everything from anemones and hydroids to sea-squirts and algae, while the sediment around its rhizome roots attract crabs, sea snails, cuttlefish, sea turtles, seahorses – and more. The plants exposed by the retreating tide also serve as a vital food source for migrating brent geese and widgeon ducks. In all, around 40 times more creatures thrive around seagrass than in bare sand.

The plant’s qualities go beyond being the marine habitat and diner of choice. Its blade-like fronds slow waves, stabilising sediment and preventing coastal erosion, as well as sieving water of carbon, creating clearer seas and improving water quality. Seagrass also curbs marine bacteria, protecting humans and reducing contamination in seafood and diseases in coral. Even more significantly, seagrass meadows are incredibly effective carbon sinks – soaking up carbon dioxide 35 times faster than rainforests. Despite covering only around 0.1% of the ocean floor (300,000 km²), the plants store up to 18% of the world’s ‘blue carbon’ (carbon captured and stored by coastal and marine ecosystems).

However, perhaps because of its unexceptional appearance, seagrass has long been undervalued by those who benefit from it most – us. Global seagrass meadows have shrunk drastically since the 1930s, with 7% lost every year. The UK itself has 39% less seagrass than in the 1980s – a higher loss than the world average. Particular threats include agricultural and industrial run-off, coastal development, climate change and fishing-related activities, such as dredging and anchoring.

However, help – and hope – is at hand. Many scientists and conversationists are now promoting the positive impacts of seagrass, with programmes to monitor, restore and replant meadows underway around the world. In the UK, environmental charity Project Seagrass recently planted one million seagrass seeds off the Welsh coast. And in 2020, the United Nations published Out of the Blue: the Value of Seagrasses to the Environment and to People. As this report recommends that policymakers “address the ‘charisma gap’… by better communicating … the goods and services that seagrasses provide to humanity”, it’s time we all recognised that – along with 1970s animations – the most modest-looking lives can achieve the most extraordinary things.

The tools to help humans tackle climate change are right in front of – these underwater meadows, for example, have an enormous role to play in capturing carbon. Find out more about them on The Wildlife Trusts’ seagrass page.

One thought on “Seagrass meadows”