I learned biking late, and later still
heard how aged six, not understanding brakes,
I’d crashed against a wall. Eleven years,
while that unlearn eluded memory,
cycling balance eluded me too, made
bicycles a phobia. But –

“Rode Hugh’s moped” is in my diary.
Not why, or who came up with that idea.
A stable drive was long enough for me,
longer than any pushbike I could fear.

For months, I risked no balancing on wheels.
Urged to a Christmas job some roads away,
too far for bus or walk, and to these skills,
I tried my sister’s bike on Boxing Day.

The moped ride had not been fluke or fake.
I whizzed to the next village down the lane.
Uphill I found was harder. It would take
longer and the straight line was extra strain. 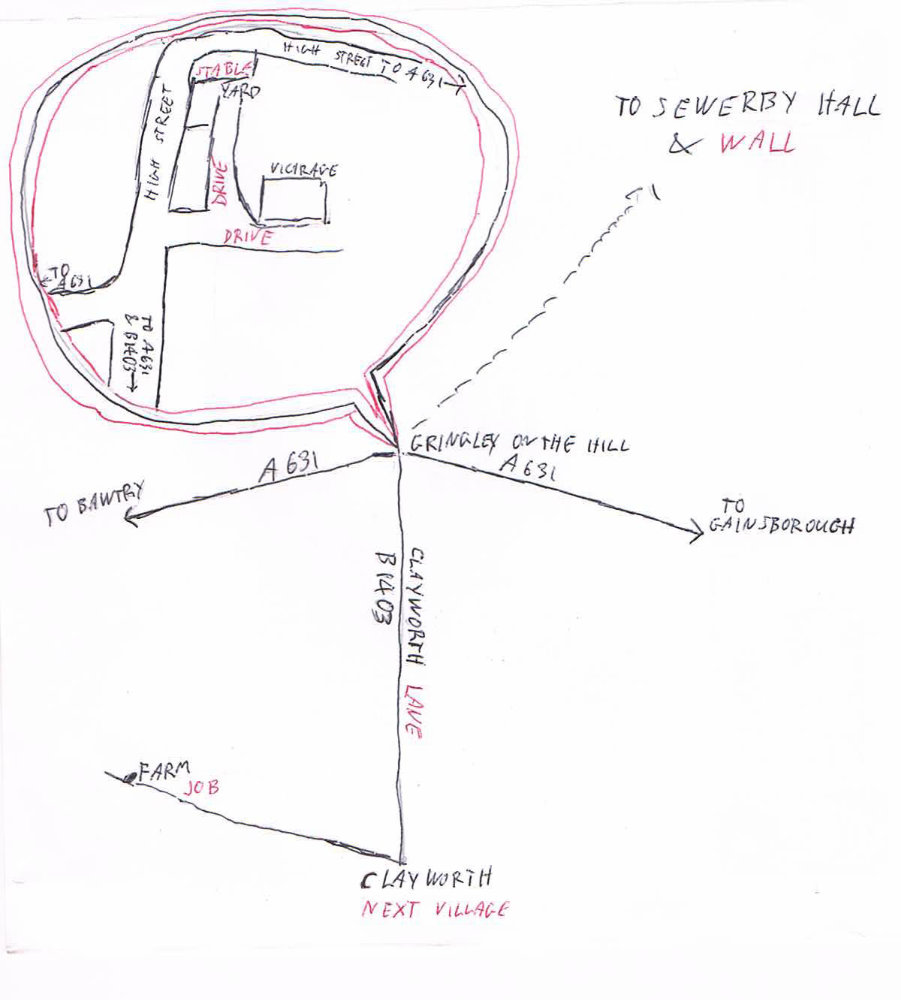 GRINGLEY ON THE HILL – CREATIVE JOURNEY

I admit I didn’t do things quite in the order described in the project brief. For me, the project concept pointed almost immediately to a specific memory, and I made the map around that. I salted the decision down and kept the writing and mapping for a creative burst near the deadline. The word count suggested the memoir’s form: a sonnet with blank verse to fill the gap. It seemed better to begin with the blank verse than risk seeming to have run out of rhymes. I checked my 1974 diary; checked also that Hugh was happy to be named.