Age 10. In the woods, lying in the sun after being brave running past the ‘suicide tree’ on the Jockey Path, stuffed with wild raspberries, hearing gruntings from the piggery. Hidden but with a good view of paths and woods.

Voices. Male and female, hove into sight coming from the Fagley pub. Mum and dad of school friends. Laughing; stopping to kiss. I see their hands move over each other. I almost stop breathing. My mum and dad don’t even talk to each other, never mind touch. But I’m shocked because these two are married – but not to each other. They giggle; walk up the path, stop below in a hollow filled with dried leaves. Sitting, they kiss, lie down, begin to undress. I try not to look or listen. I leave when they start to make noises. I never tell. But I look at people with different eyes. 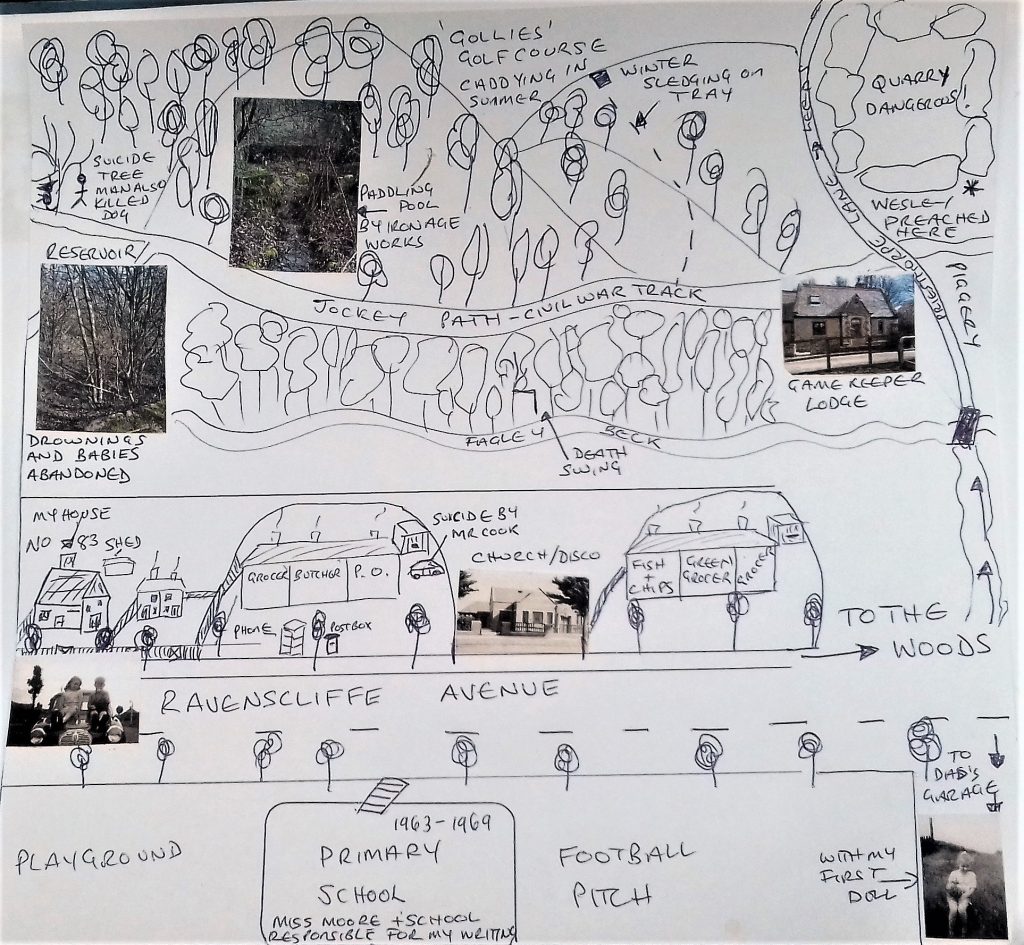 Creative Journey
The woods were magical; full of ghosts, challenges, daring – a place to hide away from my brothers (there were five and I was the only girl).

Running through memories, I was surprised the couple’s liaison popped up as the suicides and drownings were what sprang to mind.

I remembered that I began to watch people more intently, wondering what hid behind the words and behaviours. What secrets they had, if adults could be trusted, if words that were said were really true. How saying one thing could mean another.

Subconsciously I began to use my observations in writing and acting