It was the word that wasn’t allowed.
Specially not in class.
The rude word.
But I’d said it. It had fallen out of my mouth like a gob stopper, possessed.
Now Simon was barging over to Miss Pringle’s desk. To tell.
My life was over.
Now! Edith’s between Simon and our teacher. Pretend to have to go toilet. Arm up like a rifle. Out of there.
Empty corridor. Light at the end. Swinging doors. Past iron gates. Quick. Look.
Mr McKenzie’s not chasing me. Yet. Look left. Right. Cross the road. Phew.
Up the hill. Puff. Past Rosie’s. Puff. Grey fence. Puff. Wind slapping my cheeks. Huff.
#38 on the grey fence. Mum in the hall, vacuum cleaner swirling round her like an octopus.
I crumple to the floor. I can never ever go back. Ever.
In the car. Past Rosie’s. Down the windy windy road. Back to school.
#*#*. 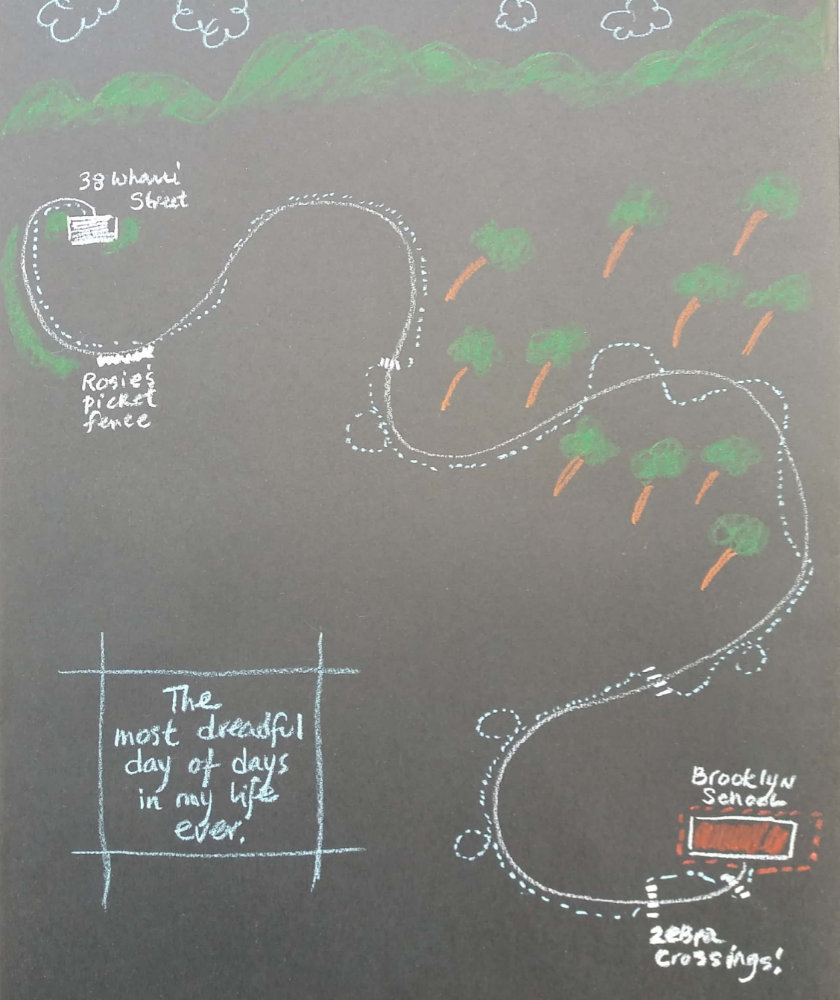 Memory. It’s not my strong suit. Perhaps it’s the way my brain classifies and compartmentalises. No rifling through decades of memories for me. A baker’s dozen, perhaps. But as I called them up, considered and regarded them, an unnerving sequence occurred. One triggered another which called upon another, which refracted light onto another. Six years old and desperate to wear a tutu. Snipping auburn curls from dear Rosie’s head. Stealing matches to set a tiny fire with crumpled leaves. My father as ship’s doctor for the six week voyage from New Zealand to London; William Goodenough House, to be exact.