I untied the boat and set the oars in the rowlocks, ducking to avoid a tangle of weeping willow as I pushed off. Plaintive meows rasped from able seaman Sooty in the cat basket, which was precariously perched on the bow bench. I tried to ignore them, but regrets had crept in about bringing him, as did doubts about how long custard creams and Kia-Ora would sustain us.

I tugged on the oars, shame still flushed across my cheeks at the memory of the L.P. (Soft Cell), the owner (my sister), and the unfortunate scratch (“MUM!”).

Spots disturbed the water, building to a crazy pattern – you could always see the rain on the lake before feeling it. The imminent downpour proved the final straw for Sooty, who wrenched open the basket, and made a desperate catty paddle for shore. 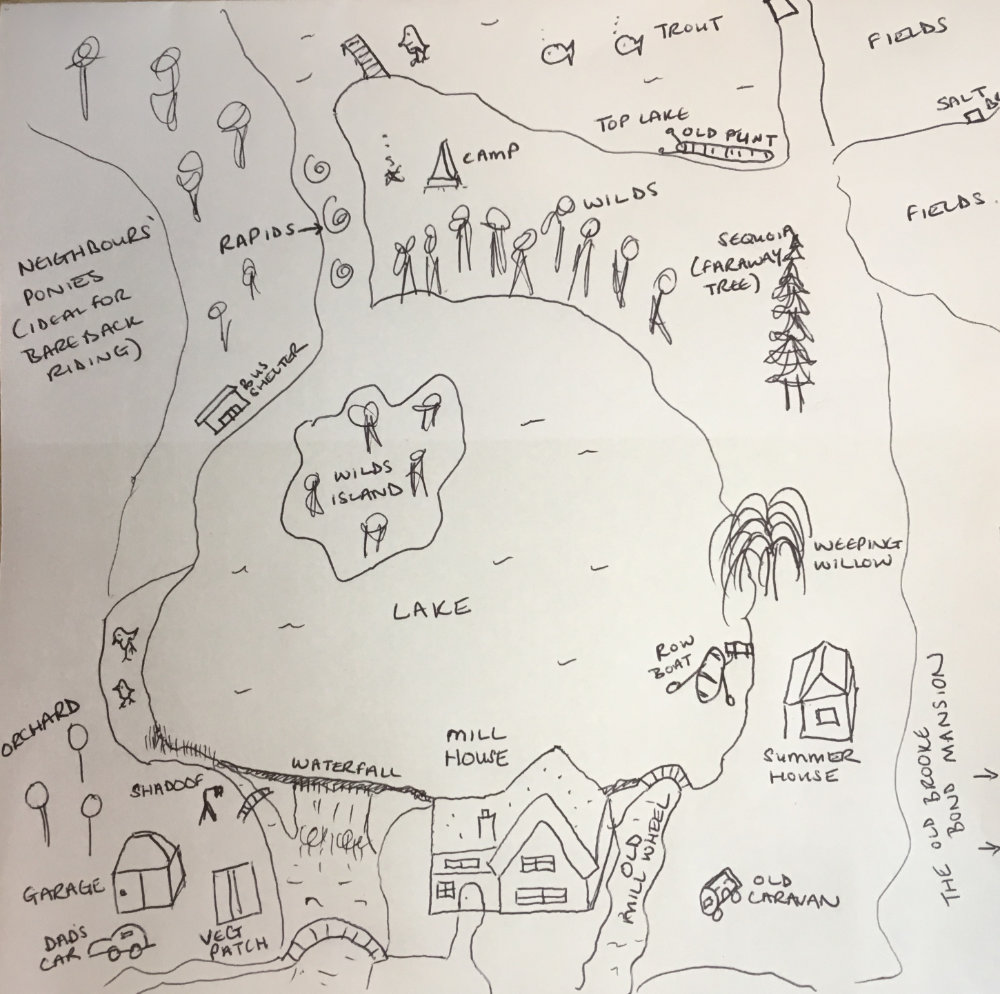 I grew up in a water mill, with parents who believed staunchly in, “Go outside and play”. I played, I experienced, and through it I learned: rotten branches don’t hold your weight, wellies fill up quickly when you fall in the lake, geese bite you hard if they’re protecting their young, anything cooked on a camp fire under the Milky Way tastes out of this world.
Halcyon days were spent on grand expeditions, appearing home only when utterly ravenous and filthy (friends never arrived wearing white).
The old rowing boat was my escape.
I miss it.