A taste of freedom

Louise Wright lost her sight aged eight. Her only option for taking ‘O’ and ‘A’ levels was to attend an RNIB-run boarding school, housed in a former stately home, where the dormitories were named after famous ships: Kon-Tiki, Beagle, Discovery. She loved the oak staircase, full of warm echoes, but feared her maths teacher Miss Short, who would shout: “Come on, girls! I haven’t got all day!”

As a teenager, Louise rebelled. “Sometimes we’d steal the headmistress’s grapes from the winter garden, sweet and illicit.” One evening she and her friends secretly phoned to order a takeaway pizza, but the restaurant refused to deliver, leaving them crestfallen. At that moment, Miss Short swept in. Far from scolding the girls, she announced she would drive and collect their order herself.

Says Louise: “She understood that we were after a piece of the big wide world in the form of a pizza.” 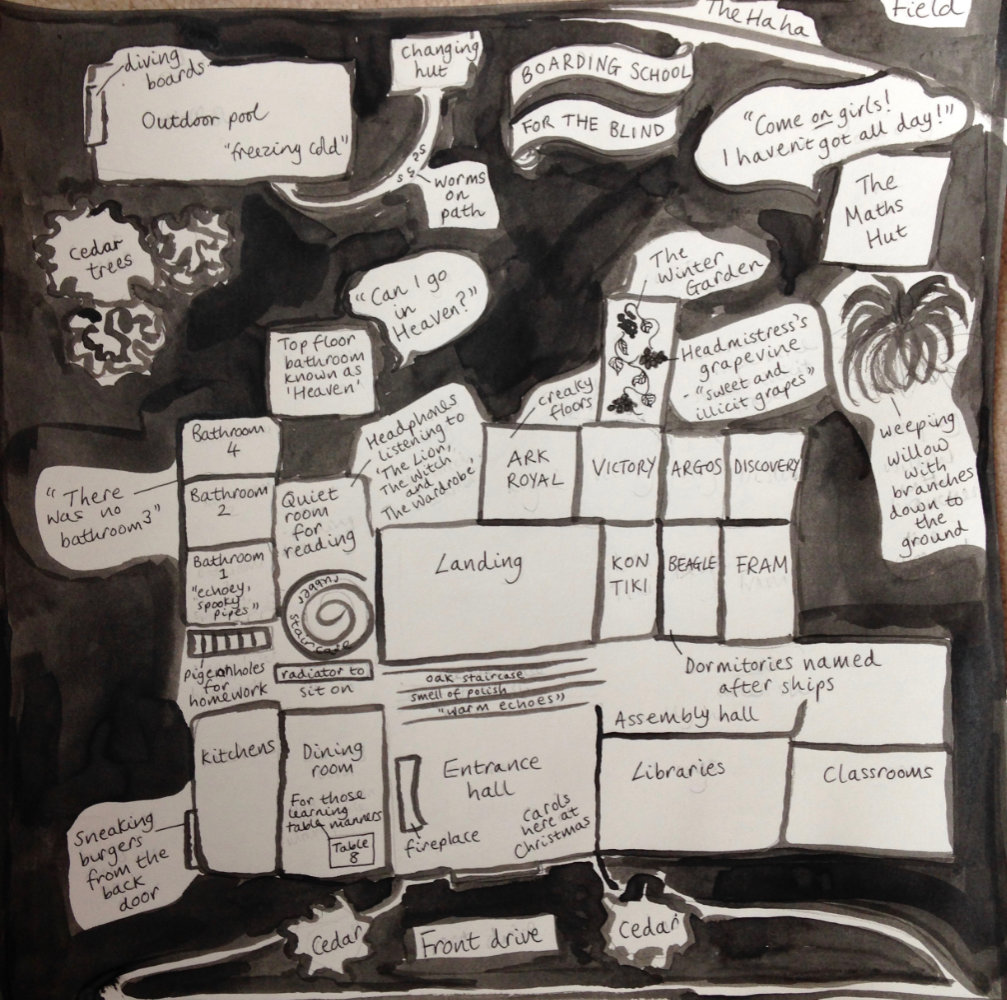 When I heard about this project, I immediately thought of my friend Louise. What would a memory map be like for a person without sight? Louise was happy to collaborate, and her descriptions of boarding school life were so vivid it was transporting: a cavalcade of sounds, smells, tactile impressions, and people’s voices. Many of her memories related to food as a form of rebellion, and that’s the story I chose to focus on. The project has left me with an even deeper respect for Louise’s independence and determination, which eventually saw her graduate from university with first-class honours.