Nobody knows who started the Mud War, who named it the Mud War, or at what point it became the Mud War. That is, when it escalated from a few kids down Harpham Road chucking clods at each other to a multi-day campaign between ill-delineated tribes. I’ve always steered clear of fighting, but even I got sucked into leaving the safety of number 17 to dash out into the next-door field and scramble down into the ditches, ready for another fray. I repeatedly ran inside crying because a hard bit of mud had cut my face, but I’d be back out again within the hour. Legging it, hiding, stashing reserves, building dens in the dykes. How could any kid resist?

After three days, the Mud War faded out. The ringleaders grew bored, we were all scratched to ribbons and satisfaction ruled. Great battle had been done. Nobody cared who’d won. 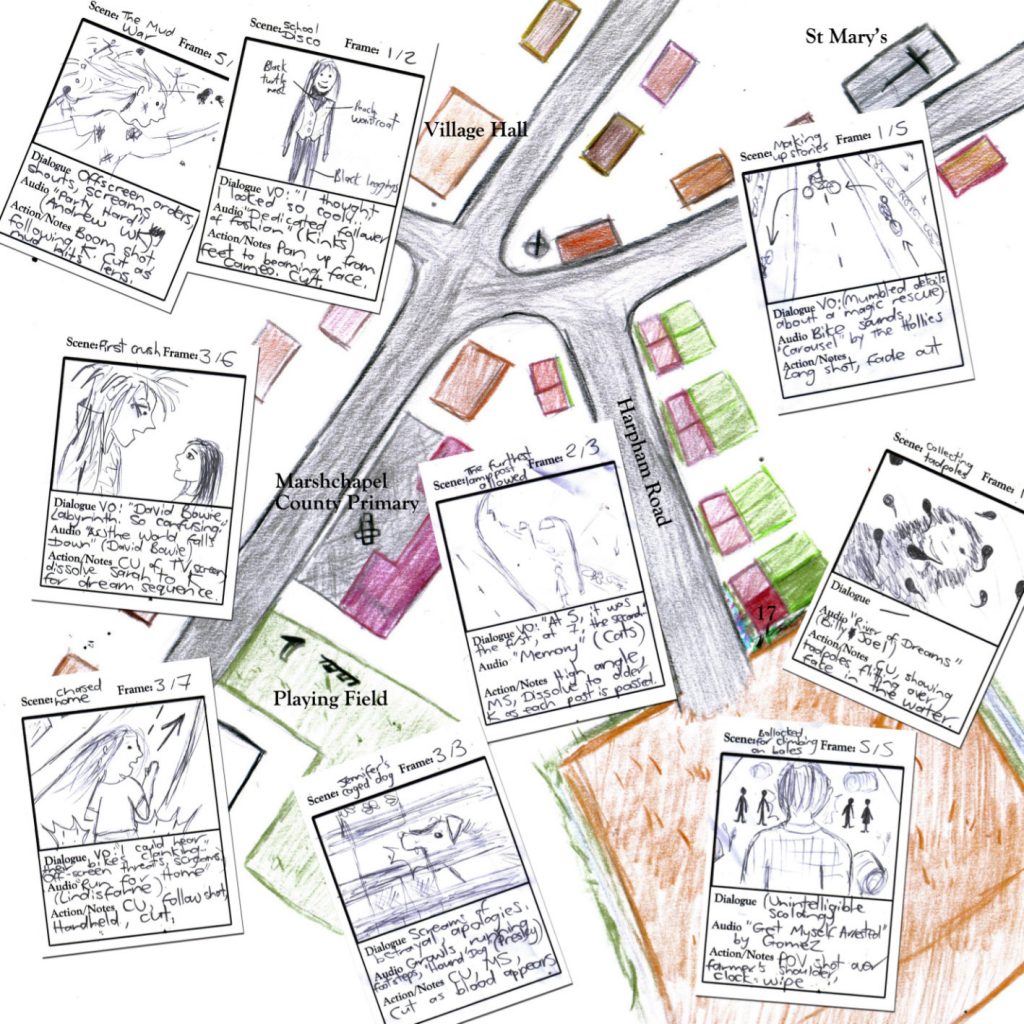 26 Memory Maps was deceptively tricky to realise. It was easy enough to return to the street where I grew up, but turning my memories into an interesting visual thing was much harder. I wanted to incorporate the music of my childhood (a mix of my Mum and Dad’s tastes) and a mixture of positive and negative recollections. After several abandoned versions, including star charts and collages, I finally came up with scraps from a storyboard, an imagined movie about my early life. Sabine, my editor, suggested setting these frames on a hand-drawn map, and the contrast works really well.