The floodlights look like UFOs hovering thirty feet above each corner of the stadium. Men and boys and women trickle through the park. Soon they’ll swell to a river of black and white scarves so we’ll hurry home now, cross our road through fumes of exhaust and frying onions.

Later, when the sky is black but it’s like day in our street and the fans are flooding out of the stadium, I’m at our window, looking at the police horses, the muscled giants.

A man lurches, as if he’s on a boat, shouts, throws a bottle. A policewoman nudges her horse. It side-steps towards this man punching the air between them, his face wild. The horse dances closer, its body reined in power. The man’s face collapses like sand, he’s wrapping his arms around his head, cowering against the railings. The horse halts, the man stumbles away into the park. 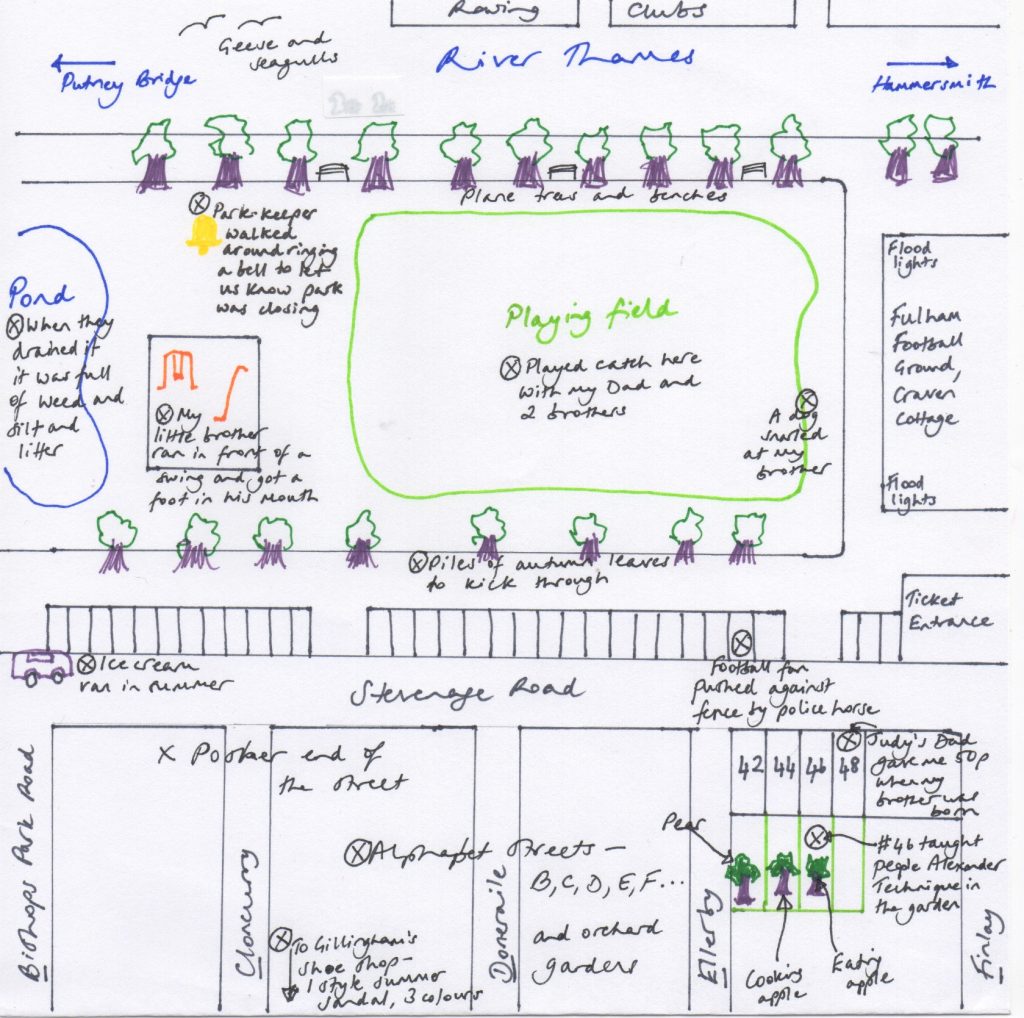 I lived opposite Fulham Football Ground aged 3-8 and returned twice to live there – as a teenager and in my late-20s. As I mapped my memories of the area I realised that memories from each period had very different emotions attached to them. I decided to focus on the earliest period, when I inhabited a child’s galaxy, and a particular moment when it felt to me as if my galaxy had spun up alongside the adults’ galaxy: I’d peered in, watched those football fans and police and then spun back out, carrying curious new data and images about adult life.