Prince of the Lake 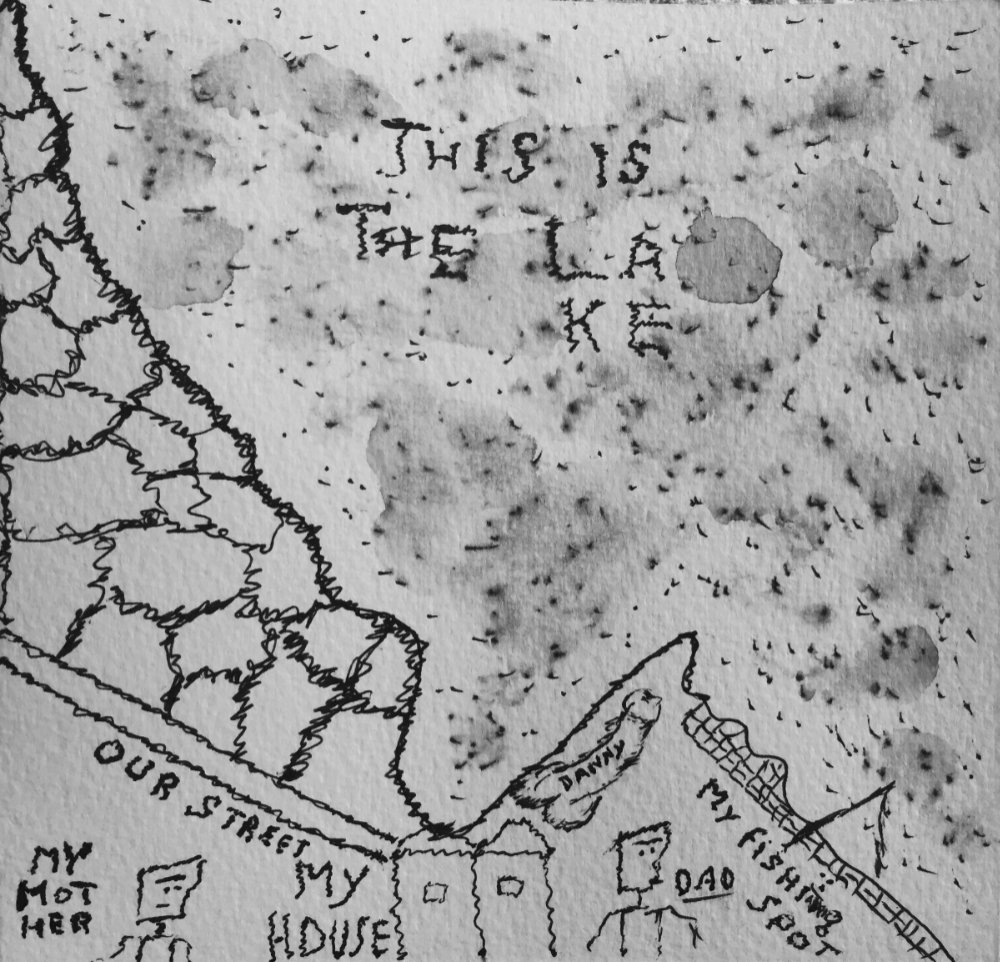 Can’t draw. The map scared the daylights out of me. I think I wrote ten different stories. Or six. Or eight. Nothing felt right. They launched on a specific memory and damn if they didn’t drift into weird ‘writing’ that was off point, not specific. The battle was to tell a story, be real, cut close to the bone. (As it were.) As I dug around the archives, a lot of other stuff showed up. Making the map was like shifting something inside. Felt powerful. Like those places in the world where the water meets the land and things happen.