You had to do a party piece.

That was the number one rule when it came to guising. That’s what set it apart from merely trick or treating.

You had to earn your sweeties.

And there were plenty of sweeties to be had on our street. There would even be home-baked treats from our lovely next-door neighbour, maybe the occasional shiny pound coin pressed into palms with a twinkle. Glaswegian hospitality.

The promise of these rewards, and the freedom to venture out alone with my older brother, had six-year-old me fizzing with excitement.

So, after a last check from Mum, we eagerly stepped out into the night – my fairy costume artfully hidden beneath a thick cloak. All part of the performance.

And I could almost taste the sweeties already. 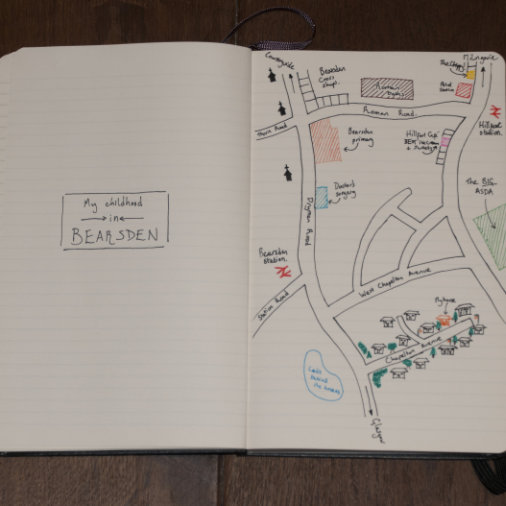 As I sketched my map, the memories flowed. Trips to buy sweets with my pocket money as a child, running to catch the train into town as a teenager, visits to the local doctor when I was poorly.

But the memory which took hold involved journeying no further than the short street where I grew up. Maybe it’s because the first signs of autumn are upon us, but a fond memory of Halloween surfaced with a clarity that struck all my senses. Not just the sights, but also the smells, sounds, feelings and tastes.

A reverse Proustian memory of sorts.