A single-decker cream and maroon bus would take my mother and me to Cliviger where my grandmother lived on a hillside farm. We lived in a pub in Burnley. The bus stop was underneath a low bridge that smelled of damp. A canal ran over our heads. After our bus ride we would walk down a cobbled alley with buildings either side.

The ground steepened as the countryside opened out before us, the path zig-zagging up the hill as we left behind the valley below. A hill opposite was shaped like a fireman’s helmet. A stile at the top gradually got nearer. Then a further slope confronted us through long grass with wild flowers. Another stile and the farmhouse low-lidded came into view.

My grandmother always wore a navy blue dress with white polka-dots. I can’t picture her except for a photograph that would have been in black and white. 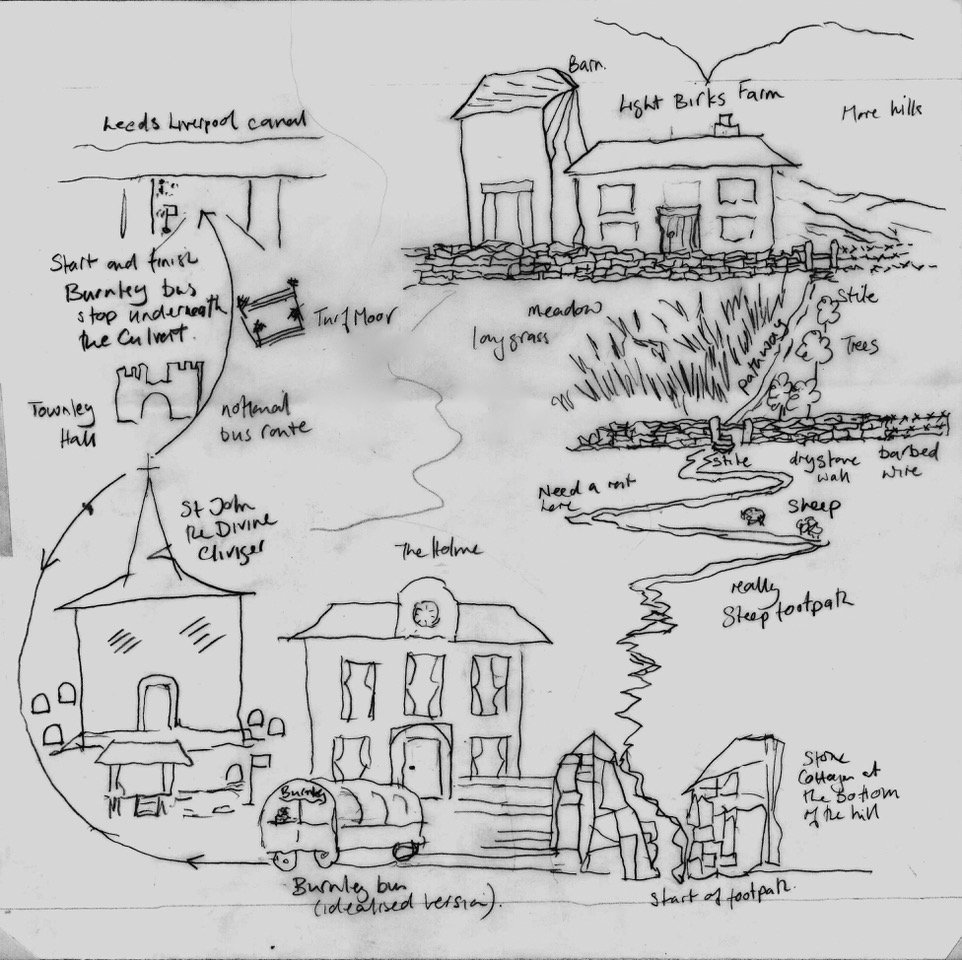 In 2015 I attended a writing retreat near the Calder Valley in Yorkshire. As a child I lived in Burnley and remember visiting my widowed grandmother who had a hilltop farm on the Lancashire side of the river. I had a chance to reconnect with my past during my stay, as I hadn’t been back for years. I found the farm and knocked on the door, just to make sure. Indeed it was Light Birks, looking more domesticated than the bleak place I remembered. And it was a photograph of my grandmother sitting outside the farmhouse that came to mind.