3 The Village, B210 by the Co-op to Hillreach/Pelipar Road junction

A 26 miles story for little kids and big monsters.

There was once a little boy, called MacArthur.

He was so little, that everyone called him Little MacArthur.

When he was eight, his family moved from Scotland to a house on Thorntree Road, in Charlton.

He was worried about fitting in at his new school. He was so worried that he did not try to make any new friends, so he had no-one to play with. 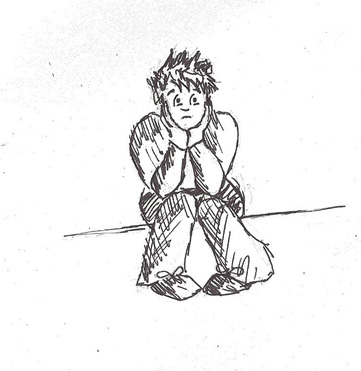 He would still watch the other boys and girls, and hear them telling each other stories. They would talk about a big race called the ‘Marathon’ that goes past every year, or about the parks around the school.

Every day Little MacArthur took the bus to school. But one day he missed the bus, and that meant he had to walk through Maryon Wilson park to get to school. When he reached the crossroads in the middle of the park, he heard a sound…

And he saw a sight… 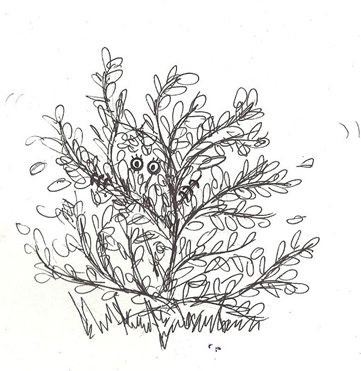 And he knew, right away, that there really were monsters in the park.

(He knew how to spot monsters because he was from Scotland, where they have Nessie and whil’o’the’whisps and wild haggis.)

That day they were learning about local history with his very cool teacher, Mrs. Guild.

‘Before they built the big house and the village here, there were woods all around, and monsters used to live within those woods...,’ said Mrs. Guild, in a very cool voice.

‘They were the fastest monsters anyone had ever seen. The local people used to race the monsters, but they never won.’

‘But now there are no more forests, and any monsters that might have been around here must certainly have run away. Plus no-one eats porridge around here anymore.’

But Little MacArthur, who ate porridge every day for breakfast and who had seen a monster that morning, thought differently.

The next morning he slipped some of his breakfast porridge into a cup and hid it in his schoolbag. Then he missed the bus on purpose, and set off into the park. When he reached the crossroads in the middle of the park, he did not keep going to school.

Instead, he stepped off the path and walked towards the bushes where he had seen the monster, his porridge held out in front of him.

Deeper and deeper into the green and brown he walked, until he couldn’t see the path anymore. Just as he started to feel a little scared, and a little silly, he heard them again.

‘Who are you?’ Asked the monster, in a voice which sounded like leaves rustling.

‘Hello Little MacArthur. Is that porridge for me and my family?’ said the monster, in a voice like a tree branch slowly breaking.

‘Ye…ye…yes, of course’ said Little MacArthur, feeling littler than ever. 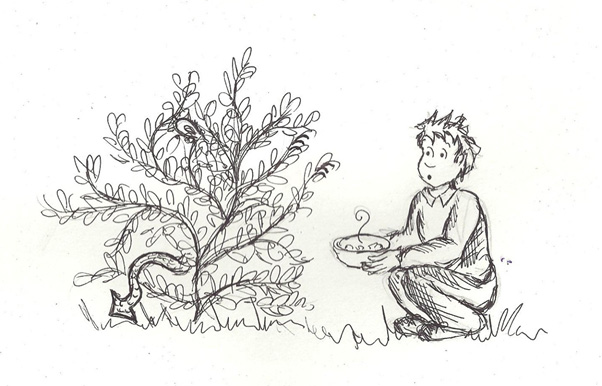 So Little MacArthur gave the monster the porridge, and there was a sound like a shoe being slowly pulled out of gloopy mud,

‘Yum yum. Why are you here with this delicious porridge?’

‘As frightening as children? Whatever do you mean? We are monsters. We are made to frighten and worry. But mostly we are made to go fast.’

‘I am not like the other children,’ explained Little MacArthur. ‘I sound different and I have been to different places and I don’t understand their stories. They scare me.’

‘But if they scare you, how can you play with them?’

‘Oh. But playing is fun. I insist you join our game of hide’n’seek. To prove you understand monsters, I shall not tell you what my family look like. You will have to find them without any help.’

Eventually he found the monster’s mum, who looked like a creaky gate sounds, and was hiding behind a bench. 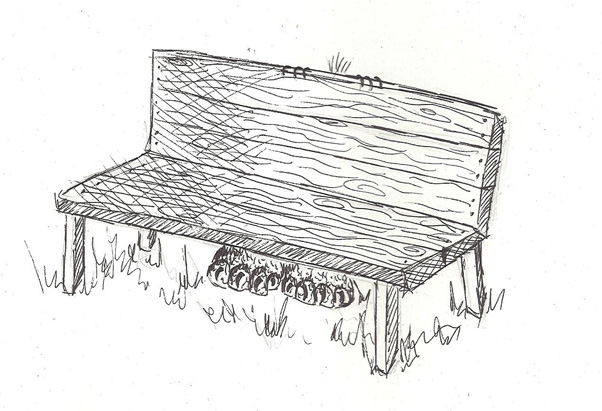 Then he found the monster’s dad, who looked more like the sound of a fridge door closing, who was up a tree pretending to be a bird. 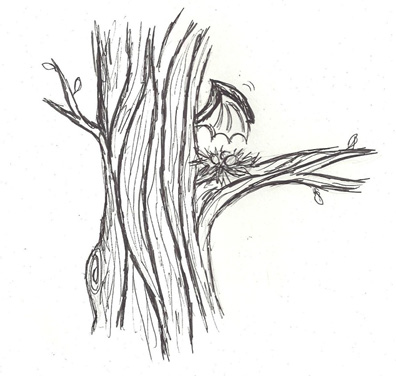 He found the littlest monster in one of the litter bins, singing a little song to a fizzy drink can she found. Her song was kind of like the splash of a rubber duck hitting bathwater. 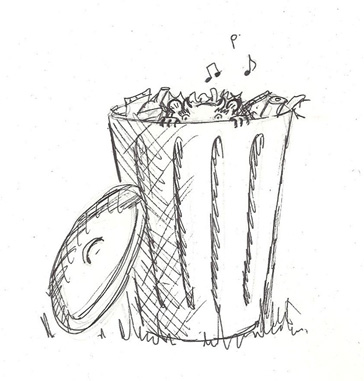 He went back to the monsters to tell them he must not understand them, when just before he reached their den, he saw something sticking out from behind a tree. 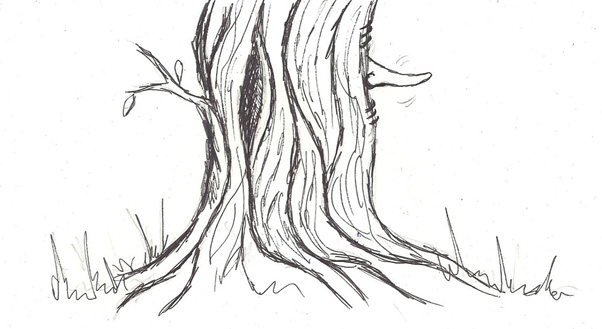 It was the long, pointy nose of a boy monster, swaying in the wind like a twig. He ran over and introduced himself to the monster, who looked like new shoes sound, and they all went back to the den for porridge.

And so MacArthur began playing with monsters.

Every morning he would ask his mum for extra porridge, sneaking it into his school bag. Then he would stop off in the park to give the porridge to the monsters.

Then every night, rather than coming straight home, he would run as fast as he could into the park, where he would play a quick round of hopscotch with Little Monster or play noughts and crosses with Daddy Monster.

This made MacArthur very happy, but he was still a little sad that he couldn’t share his new friends. But the monsters had explained:

‘Most people don’t really like monsters, thanks to lots of silly movies and books made by people who don’t even like porridge.’

So MacArthur had all the friends he needed, and that was that.

But the boys and girls at his school still wanted to be his friends. You see they didn’t mind his voice, in fact they thought it was really cool, like someone from a movie. Almost every day one of them shouted …

‘Come play with us!’

… but every day he would be so tired from his time with the monsters and so shy about his voice that he would always say no.

One day the monsters were away visiting family, so he decided to give playing with the other boys and girls a try. Because he played with monsters every day, Little MacArthur wasn’t scared of much these days. 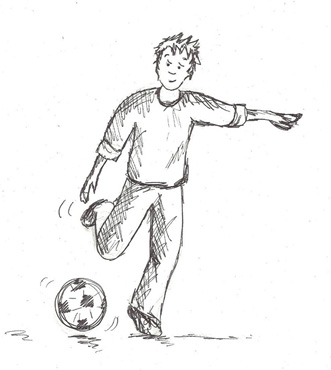 He joined in with a game of football with the boys and girls at lunchtime. It was lots of fun, and he even scored a goal!

It was just like playing with the monsters, and even if these boys and girls didn’t like porridge, they were still lots of fun.

‘The boys and girls at school aren’t scary at all!’ he explained, ‘They are just like me.’

But the monsters were all too scared to leave their safe, dark park. This upset MacArthur, because he didn’t want his friends to feel scared like he used to. So he came up with a plan…

The next day, he went back to his new friends at school and explained that they must dress up as monsters too, and come to the park with him on Marathon day.

On the day of the marathon there were people in fancy dress everywhere in Charlton, and right in the middle was a big group of little monsters following MacArthur.

He took his new friends down into the park, and they walked right into the den of the monster family.

‘Who are all these new monsters?’ they asked, very excited to meet more monsters like themselves.

MacArthur took off his mask and explained ‘These are not monsters, just children who want to play with you in Charlton Park.  Because everyone is in costumes, no-one will realise that you are real monsters!

They even had a race of their own around the park. The monsters won.

Thanks to him they were now all friends.

From then on, Macarthur always had someone to play with. 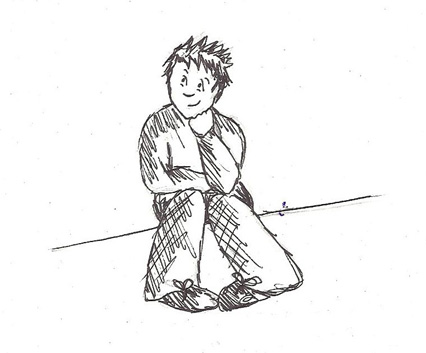 Leave a Reply to Rebecca Dowman