About half way through their fifth mile, runners will pass Maryon Park in Charlton. In the mid-60’s the park and streets nearby were locations in the film ‘Blow Up’.

Varney’s Dad worked for the Council, and he’d told Varney that they were making a film in the park. Me and Fizzer went up at dinner time.

There were loads of blokes around the gates, telling people it was closed. But we knew all the places you could get in.

Fizzer said it was a war film.

“You’re just making that up, you berk.”

“No I’m not”, said Fizz. “It’s got to be a war film. How could they make a Western here? Doesn’t look anything like America.”

He had a point.

They’d put guards on the bridge so we sneaked through the woods and down to the railway. I never liked crossing the tracks. Two years ago Taylor’s little brother was playing hide and seek there and he got hit by a train.

We hid under a hawthorn bush. It was exciting. We felt like spies. Or Indian scouts. There they all were, a hundred yards away. A bunch of men, talking. No soldiers. Or cowboys. Off to the left there was a tent full of women, chatting.

“Where are the soldiers?”

“Can you see anyone famous?”

“So what are those blokes doing?”

“I don’t know. I’ve never seen a film being made before.”

“Just shut up and watch, Fizzer!”

After a bit – well, after ages – two men walked towards us. We shrank under the trees. They were pointing at things and talking quickly in a foreign language, louder and louder until they were shouting.

The younger bloke walked away, still yelling. The other one took a cigar out of his tweedy jacket. In a minute, even though he was fifty yards off, the breeze carried the smoke towards us. It stank.

“When you grow up, I mean when you’re older, are you going to smoke?”

“Half-term. In Woolwich churchyard. I was sick.”

“Varney was sick as well.”

There was the distant drone of a plane, then the mad twittering of birds.

“Do you think you’ll get married?”

I saw Fizzer swivel his eyes towards the tent with the women. He grinned.

A squirrel scuttled down from a birch tree and Fizz threw an acorn at it.

“This film’s crap.” he said “It’s not about anything.”

“I saw frogs down Gilbert’s Pit the other day. Let’s go and catch some.”

The film people were in the park for another week. Fizzer and me didn’t go back.

“Yeh, I know all that Frank, dunneye.

Jonny Howmuch pauses to suck, emphatically, on his Hamlet, and then exhales, plosively.

“He just doesn’t seem to have any grasp of how long it takes. Or how much it’ll cost. You couldn’t do my job, Jonny. It’d drive you nuts.”

Francis is buckled against the back wheel of the lighting truck, elbows on knees, hands cupped over his brow against the sun.

He doesn’t mind sitting on the ground. He‘s given up any notion of staying dapper. His desert boots are knackered and he tore his jacket on the first day. But the overtime is fantastic: a whole new wardrobe awaits.

“Well, I dunno, Frankie-boy. Snot my Department, son. I’ll be honest wiv yer, Frank. I wasn’t lookin’ forward to vis. What wiv the Eyeties and that, the Italians. Not after what my Dad told me about the war. ‘Ee ‘ad a terrible time, my Dad. Shockin’. But, sayin’ that, I’ll be honest wiv yer …”

Slowly, almost imperceptibly, Francis feels a heaviness descend, as if the warmth of the sun is gradually melting his body into the side of the truck.

Jonny’s voice becomes the lulling sound of waves breaking as Francis is borne away, lying in a small rowing boat. A gull keens, wheeling overhead.

“Frank! The radio crackles. “Come in Frank, Right away, old chap. Need some help up here.”

“Jesus!” Francis rolls onto his side. “What now?”

“They probberly found some more trees need painting green, aint they? More trees. Or the fences. You missed some, dintcha? Ey? That’s probberly it, Frankie-boy. More trees and fences. Fallin’ dahn on the job, intcha? I toldja, dint I? ‘Ee knows ‘zackly what ‘ee wants.”

Jonny is smirking. In the friendly but fierce rivalry on set it’s always funny to see someone else get a bollocking.

“It’s the paths, innit? You probberly used the wrong shade of black on the paths, dintcha? Ooooh, Frankie-boy. Thass bad news, innit? How long did it take you and your mob to paint them paths? Ages, wunnit? Ve ‘ole fing’s gotta be re-done, hannit? Ve whole fing, probberly. You better do it proper vis time Frankie.  Cos ‘ee knows egg-zackly what ‘ee wants. Very ‘zacting, ‘ee is.

Francis pushes his hair back in exasperation. He knows Jonny’s right. This’ll be funny one day. But not right now.

“Give it a rest, Jonny. They probberly just want more of that bloody smoked glass. I bet you.”

Val looked at the small stack of memos sitting to the left of her typewriter and decided she could stretch them out until lunchtime without drawing attention to herself. She could easily have done them in twenty minutes, but what was the point? It wasn’t as if she’d get paid more if she did them quicker.

Val had been in the typing pool at AEI for three months. She missed town, but this was handy – just fifteen minutes from her Mum and Dad’s house. And she still spent the weekends up west. Sometimes she stayed with her friend Grace. Grace’s dad was rich. She had an allowance, a tiny flat in Chelsea and a terrific job in an advertising agency, where she didn’t have to do much.

On Saturdays they’d go shopping and sit in coffee shops in Soho or the King’s Road. Some nights they’d go to a club. Grace knew loads of people and Val tagged along.

“Ladies, that’s lunch. Please be sure you are back, seated at your desks at one-thirty, sharp.”

Miss MacReadie wore the same clothes every day: tweed suit, twin-set with pearls and glasses shaped like a carnival mask. Val liked Miss MacReadie. She was from Perth, and had a soft Scottish voice like a glass of warm milk.

Val’s Mum always made her sandwiches, and when the weather was nice she’d eat them in the park.

The last few days had been interesting. They were making a film. They’d taken over Mr. Llewellyn’s shop, where she’d sometimes buy Vimto and a Penguin as a treat.

Mr Llewellyn wouldn’t tell her how much he’d made but he did say he was taking Mrs. Llewellyn to see her sister in Llandudno for a week.

They’d put up loads of scaffolding, too. At first Val thought it was to do with the new flats but one day a strange sign had appeared. It looked sort of Russian, in that acrylic lettering. Was that it? No. CYRILLIC. Joy from the typing pool said it was lit up the other night.

As she walked up Tamar Street a crowd tumbled out of The White Horse. She knew by the way they talked they were film people. The girls were stick-thin and the boys had high cheekbones and floppy hair. A woman in a checked shirt shoved past. Blimey. Val suddenly recognised her. Vanessa Redgrave. She was taller than Val thought, even with flat shoes.

As Val reached the gates a man stopped her.

“Sorry, Miss. The park’s closed for filming.” He had a posh voice.

“What do you mean, closed? I go every day to eat my sandwiches.”

“Sorry, Miss. We’ve got a permit. From the Council.”

“I think that’s a blooming cheek.”

Val became aware that the other film people were staring. She felt her face flush.

“I’m going to write to my MP. We pay rates, we do!” she said, turning to walk back down the hill.

She imagined the film people looking at her as she retreated. Despite her show of indignation, she actually felt a bit jealous. Vanessa Redgrave. Who’d have thought? 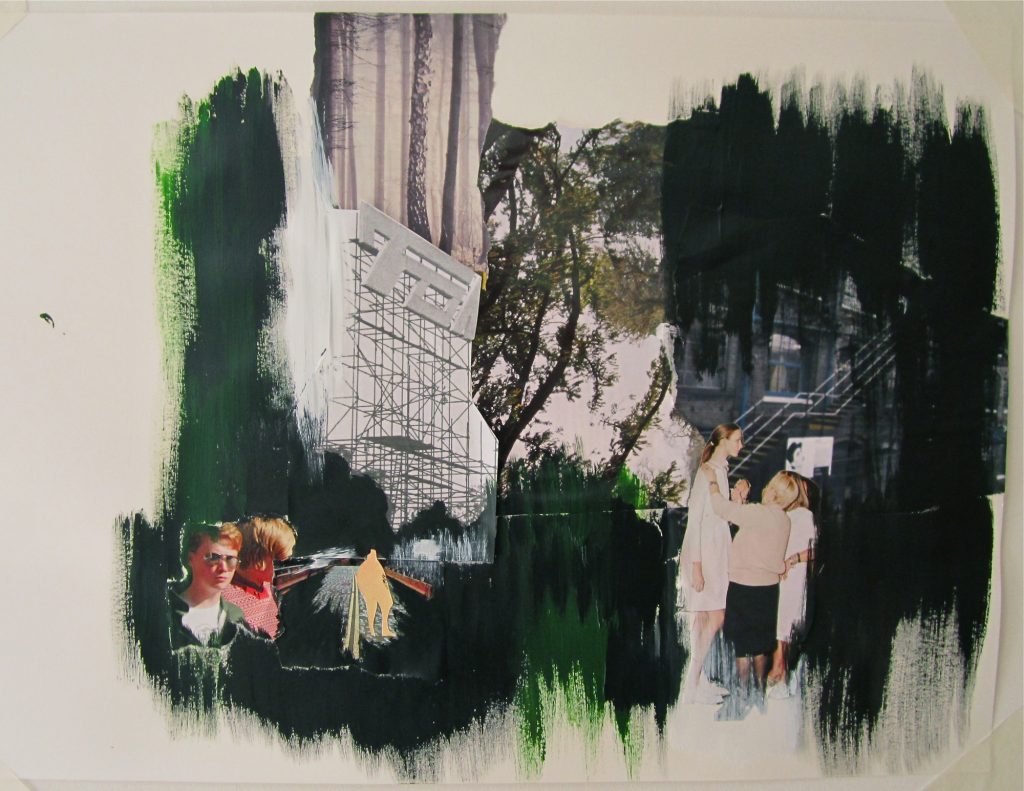