Have you seen this woman?

Words and images by Alan Whelan

I write now because time has passed and we have both grown. No longer must we meet secretly at the far side of the village. Do you remember those nights? I now live in England – you may see the stamp – and I work in an eating house. They say the famous London marathon runs past our door. I look forward to seeing the runners just like we used to run in Iten. It is cold here but I keep warm on the memories of our times together.

A man wearing a Charlton Athletic shirt leaned in the doorway of the Antigallican bar and smoked a cigarette. Victor indicated that he wished to enter but the man did not move. Victor waited for someone to leave the pub before he could step past. After ten minutes, when he finally caught the barman’s eye, he took out a small black and white photograph from his coat.

‘Not many of your kind in here, pal,’ he said, and shook his head.

Further down Woolwich Road the Rose of Denmark was so full that men had to drink outside, some with a glass in each hand. Surely, Duchess would not bring herself to work in such a place. Still, he made his enquiries. Negative.

Next, the Pickwick B&B. Would Duchess take employment in an establishment with frosted windows? All games here live on the big screen, said the sign. Duchess hated football. He walked on by. Not Enquired – Possible Return.

One block west was Peter’s Fish Bar – Chinese food to take away. Next door was Peter’s Café. Peter is a man of means, certainly. He deserves my respect.

Victor opened the café door and silenced the roomful of men eating eggs and beans and toasted bread. He read the menu written large on the wall. Full English, double full English, full English with bubble, whatever that may be. The eating house was busy and Duchess liked to work. Perhaps.

He stepped up to the counter and waited for the man turning sausages to notice him.

Holding the photograph at chest height, Victor said, ‘May I ask you kindly, sir, have you seen this woman?’

‘Are you sure?’ Victor said. ‘Perhaps she has worked for you. Her name is Devine, but sometimes known as Duchess and she is a cook. A very fine cook.’

‘She’s not crossed my door,’ said the man called Peter.

A hundred metres on, Victor swung open the door to the York Café, which seemed to serve the same food as Peter’s Café. Why would an eating house cook breakfast all day? Nobody there had seen her.

Across the road, on the side of a house, was a billboard showing a black man advertising a sandwich. Subway, where winners eat, it said. London is a wonderful city that it can venerate a black man many times life-size. Standing before the billboard, Victor felt his shallow well of hope swell for the first time that day. With renewed optimism, he stepped into Chick ‘n’ Curries.

‘Have you seen this woman? She is called Devine or Duchess,’ he said.

‘Make up your mind,’ said the woman at the counter. ‘Which one is it?’

Victor knew that was not a question.

At a busy corner he stood under a sign for Blackwall Tunnel and waited for six lanes of traffic to allow him to cross the road. It reminded him of his time as a boda boda rider when he had to make his own space. He took his chances. On the concrete island halfway across he looked north and saw a number of huge struts supporting a dome half the size of his village. What must occur under that dome? The people of London must be proud of such an astonishing building.

The Angerstein Hotel was full of lunchtime diners. Inside, a man was pumping beer into a pint glass.

Victor asked, ‘Do you know a woman called Duchess?’

‘Now that’s a name to conjure with,’ said the man.

‘Please look at this photograph.’

Beyond the hotel he noticed a sign for East Greenwich Library: A Gift From Andrew Carnegie. To give a book is a gift for life, but to give a building in which to house them will truly never be forgotten. Closed Wednesdays.

His search made him hungry in the middle of the day, so it was best to take some time away from the eating houses. Inside the library Victor sat down at a desk, put his hand in his trouser pocket and counted out his money. Mentally, he divided the total into the potential number of days left of his search: twenty-one, at the outside. He scanned the shelves and chose a book. He opened it and began to read A Tale of Two Cities.

That afternoon he found the next two restaurants closed and shuttered. He logged them in his notebook. Greenwich Tandoori + Sensura Japanese Cuisine – Closed – Possible Return.

The GMT Café served eggs and bacon, a popular choice in this neighbourhood. Negative. A food counter called Kam Hong was full of Chinese so it was unlikely Duchess had ever worked there. The men in the Millennium Charcoal Grill Kebabs spoke little English and displayed photographs of their food, in case customers did not know what chicken and kebabs looked like. Then came New Hong Kong Garden, Millennium Pizza & Chicken, Morley’s Mmmm It Tastes Better, Mr Fast Fry, Wing Wah Buffet and Chinese Family. All Negative.

He took a rest at the seat outside the Greenwich Café. A woman came out, looked at the picture, said, ‘No black lady work here,’ and then asked him to move on if he wasn’t going to order anything.

He poked his head around the smashed door of the Curry Royal Tandoori. Negative. Victor then stepped up to the Old Friends, a pub that was once a Free House. Now it was not free to anybody, but derelict and boarded up.

According to the internet printout, he had reached the end of the sixth mile and his sixth day of searching. He should walk back to his hostel. Then, as if mocking him, on the adjacent corner Victor saw a sign: Welcome to the Duchess Bar.

Shall I save my luck for tomorrow? No. He pushed on the dirty brown door.

There was a young woman behind the bar with red hair and a stud in her nose. Victor took out the photograph.

With no more than a cursory glance at the picture, the woman turned her head and called, ‘Devine!’

The sound of the name, sounding like a curse in the mouth of this young woman, shocked him. His immediate thought was to admonish her, but before he could utter a word she kicked the swing door into the kitchen and yelled once more, ‘Devine! There’s a man.’

Devine Koech Kiplagat looked through the glass panel into the bar. By the time Victor caught her eye she was already crying. He dropped the photograph into a spill of beer on the bar and went to her.

‘Victor! You have come!’ said Devine.

He took out her letter from his coat pocket and opened it flat.

‘You said the marathon would run past,’ he said.

She dried her hands on a tea towel and read her own letter.

She said, ‘How long have you been searching?’

‘Six miles, my Duchess. But also my whole life.’

Devine paused for a moment, then said, ‘Perhaps I do not wish to be found.’

Victor took a second to register what she said and invited her to sit. She dabbed her eyes then placed the towel on a table.

‘Why did you run away to this city of a hundred nationalities?’ he asked.

Victor put his hand on top of hers.

‘But the real reason?’ he asked.

‘You were happy with Therese and it was best I leave. Your wife –’

‘I have a sad story,’ said Victor. ‘She had the wasting disease.’

‘Perhaps. I am alone once more.’

‘I am alone also, and washing dishes at the Duchess.’

She said, ‘Sometimes it is easier to run away from something.’

‘We could have run together.’

‘It is wonderful, Victor,’ said Devine. ‘Look how the crowd cheers for us! And the sun! It reminds me of Kenya. We have only reached the sixth mile and some runners have already given up.’

‘You cannot give up a race once you have begun,’ said Victor.

‘Never! Even after six years.’

‘Six years or twenty-six,’ said Victor, ‘I would have found you.’ 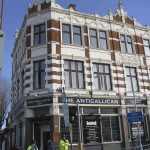 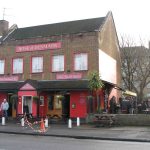 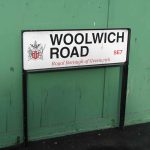 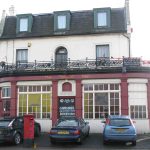 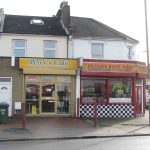 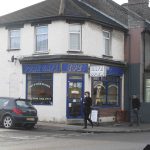 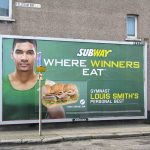 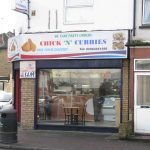 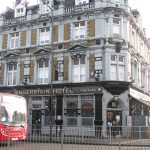 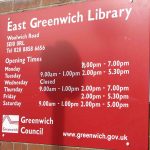 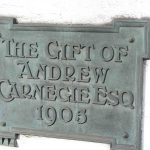 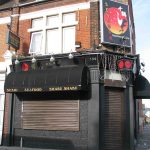 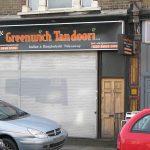 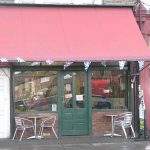 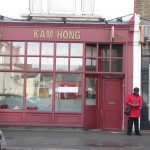 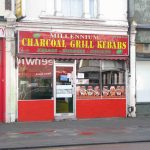 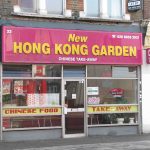 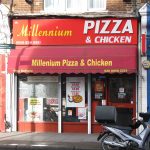 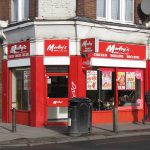 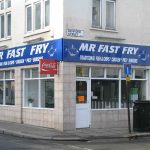 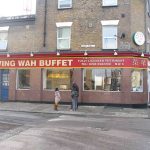 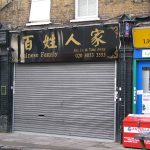 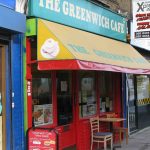 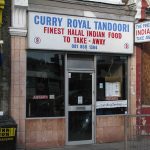 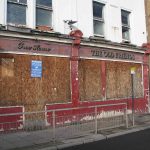 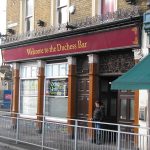