I know a bank where wild flowers grow

In tiers of terraces, row upon row.

In games of happiness ever after.

Where purple loosestrife, lilies and reeds

Repossess the flat marshlands of the River Lee.

An imaginary postcode for a soap opera’s location

Granted by the Post Office to a park and a grateful nation. 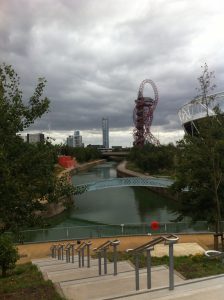 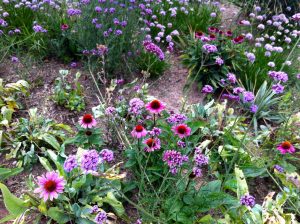 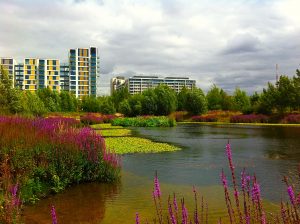 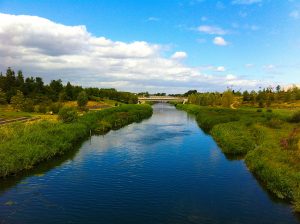 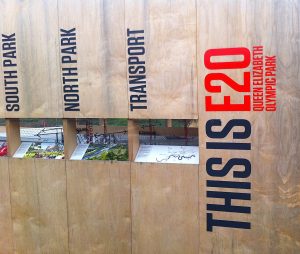 The email arrived with my designated postcode. A strange, deliberate cipher. A secret message received by remote satellites in outer space and used by a friendly Postie in an unknown neighbourhood.

I prayed that it would not be a stadium for I am not sporty, but I got the grandmammy of all stadia! I had thought I might pay it a visit one day. Here was my opportunity.

It was the summer holidays and children were everywhere, with parents in tow, but as I walked deeper into the acres of the park, the crowds thinned and then disappeared altogether.

The Olympic stadia are set miles apart, barely in sight of each other. The space in between is filled with pleasure gardens which have grown over the terraces where spectators once watched river races. The gardens got wilder until I found myself in the Essex countryside and Lee Valley marshes.

Later I discovered that E20 was an imaginary postcode for the fictitious surburb of Walford, home of EastEnders. After the London Games, the Post Office granted the postcode to the Queen Elizabeth Olympic Park and Stratford City.