On another birthday
For Ethna

There are no boats
Bobbing on the sea
Of yellow cabs.

The estuary is 222 West 23rd,
Not Taf. The Chelsea Hotel,
New York, is not south west Wales.

‘Come and be killed’
The city says. And death
Lures him from his shed. 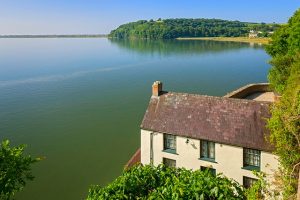 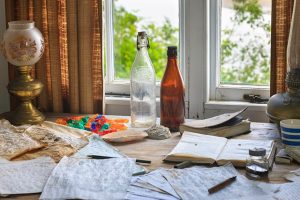 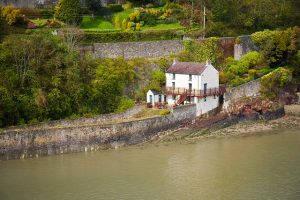 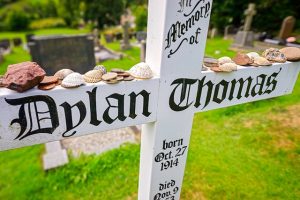 The sestude was written as the Perseids threw themselves to their deaths in the August sky. It was my birthday. I’d spent the day at the bedside of my mother who died a few days after the completion of the sestude. I understand the true meaning of the word rage in Dylan Thomas’s lament for his dead father. She did not go gentle, and I dedicate the sestude to her. I had not expected her to die, but death, and loss and tragedy were in my mind the moment I discovered the postcode I had been given. A visit to Wales was not an option. I visited Laugharne through Thomas’s verse – an Everyman Paperback from my student days whose glue threatens to crack every time I open it. The internet was little use to me. Google Street View ends maddeningly at the beginning of Dylan’s Walk. He’d have liked that though. My other reference point was a vintage BBC documentary on the Chelsea Hotel, New York. It was there Thomas went into the coma he never emerged from. The sestude quotes a number of poems written in the Laugharne Boathouse and shed, and the title draws its inspiration from Thomas’s Poem on His Birthday.