You feel
The gentle tamping of feet
Asphalt vibrations

You see all
Mostly unnoticed
Watching over life at the Dials

Until, finally, a reprieve.
Still
You stand.

Inspired by Brighton’s 7 Dials elm, a much-loved 125-year-old tree saved by community protests from the council chop in 2013 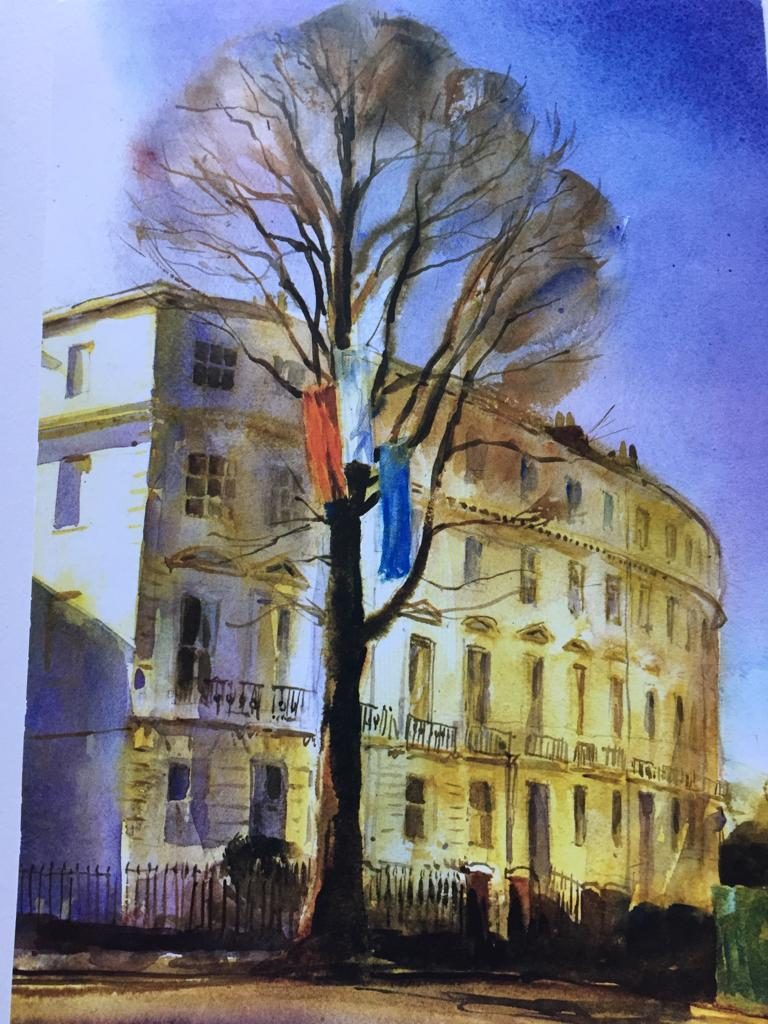 From a 1985 voice recording found in the Mass Observation Archive, part of the East Sussex Record Office housed in The Keep, Brighton

My name is Ulmus, but everyone calls me Elm. They’re so used to seeing me around, even the young’uns know my name. Oh, I’ve been knocking about these parts for a long time. So long in fact, that people think I’m from here, born and bred.

No one really knows that, way back when, I left home and slowly made my way up through central Europe all the way to England. I don’t like to think about those times. It was hard, and it took a long time to get here. But I’ve made this place my home. So here I am, part of the furniture, as they say. A regular round these parts.

Believe you me, I’ve earned my keep. You wouldn’t believe the things I’ve turned my hands to over the years. Back when I was still wet behind the ears, I started out as a bowyer – turned out I had quite the knack for it. I made the finest long bows you’ll ever see – the Welsh archers couldn’t get enough of them.

Did that for a few years – quite enjoyed it (put the bread on the table), but after a while my bows fell out of fashion. So I moved into plumbing. Actually made quite a name for myself in the trade. Found a way to carve pipes that carried water and all sorts in towns and villages. At one point I branched into boat making – my hulls became all the rage for boats and barges. I even put my skills to use building underwater bridge supports. Not many people know this, but the wooden supports under the original London Bridge were mine.

But eventually I got bored, so I moved on – by accident really, through a mate of mine – into making coffins. To be honest, that’s probably the gig I’m best known for. Putting bodies in the ground, of all things… I guess that’s why some people give me the cold shoulder – look right through me when they see me on the street. Some folks just can’t abide the slightest whiff of death.

But I try not to let that bother me. These days I mostly just hang about by the 7 Dials. I’m getting a bit creaky in my old age, but I’m a survivor. As long as there’s a bit of sunshine around, people having fun within earshot, I’m happy, you know. Doesn’t take much.