It was meant to be a humane place.
They even planted trees.
One looks like the spirit of the madhouse has entered it,
As it twists away from the light.
Did it comfort the lunatics
To see their agonies reflected in its thrashing limbs?
And now, does it comfort the new residents of the old asylum,
The one-hit-wonders and oligarchs’ abandoned mistresses? 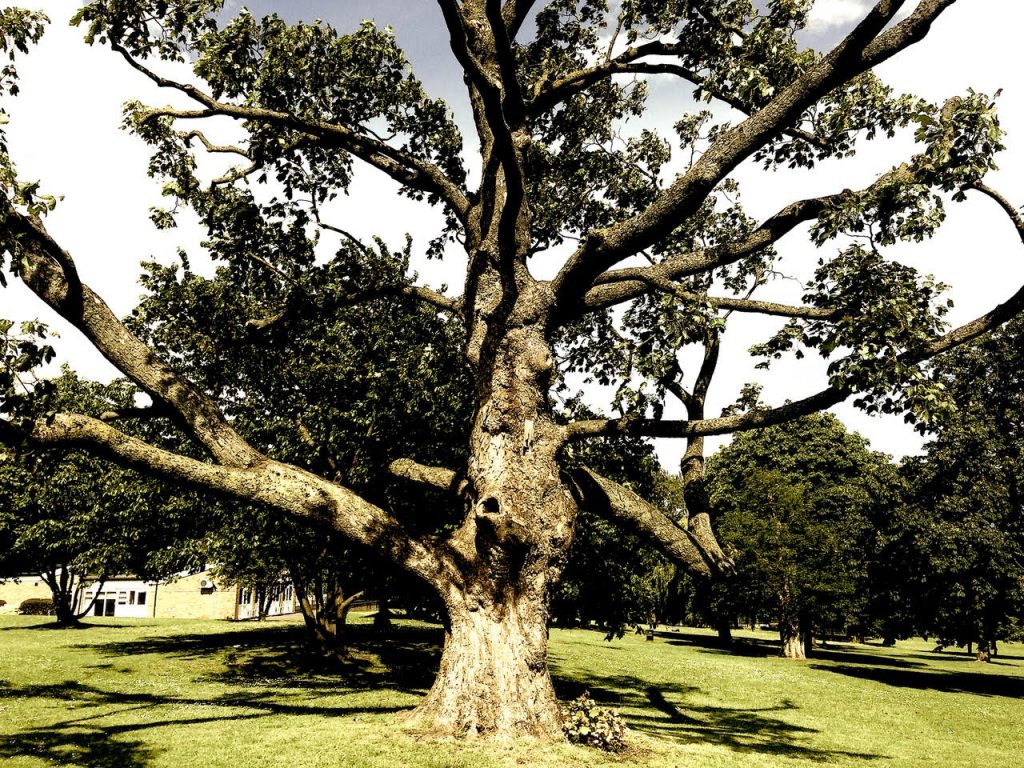 I discovered this tree while researching Colney Hatch Asylum for a novel. The former asylum is now a luxury apartment development. Ironic when you consider its original residents were drawn from the poorest sections of society.

The land it was built on had once been a wood. It would be nice to think that the sycamore is a survivor from that earlier time. Probably not though. Sycamores are not a native tree and are mostly planted in parks and gardens for ornamental purposes.

In fact, the grounds were designed by William Broderick Thomas, who went on to create the gardens at Buckingham Palace. Presumably Prince Albert was favourably impressed when he opened the asylum in 1851.

The tree’s branches appeared distorted, almost wracked with pain. I imagined patients being drawn to it, believing that it shared their agonies. I thought of the Whomping Willow in the Harry Potter novels. It seemed to be having some kind of seizure.

When I first saw it, I thought it was dying. Many of its branches were bare. The overall shape of the tree struck me as weird. The branches had grown in strange directions – including downwards, away from the light. To me, this was another correspondence with the mental lives of the patients. I thought of the tree-like structures within the human nervous system – the dendrites (from dendron, the Greek for tree). Apparently, certain mental disorders are linked to the malformation of dendrites, including depression, schizophrenia and anxiety.

I imagined that it was empathy that had twisted its limbs out of shape. I thought the patients might see it as a kindred spirit.

When 26 Characters invited me to take part in this project, I returned to Colney Hatch to have another look at the tree that had so impressed me. Miraculously, it seemed to have recovered from its near-death state. Its branches were now covered in the distinctive five-point leaves of a sycamore. To be honest, it didn’t look so weird at all! I took it as a symbol of hope.

The sycamore was introduced to Britain in the middle ages. So it’s an outsider, like many of those early residents of Colney Hatch were. There was a high proportion of impoverished immigrants, especially Jews from the East End, for whom life must have been especially stressful. Again, I like to see this as another link between this tree and the patients.