reaching every brand new leaf
back beyond the sky

‘What is a tree when it’s not a tree anymore?’
By Julia Fox

Based on an ancient ash tree in Fineshade Wood, Northamptonshire

In the ancient Greek, she was a woman, fallen to earth as the blood of the sky. There 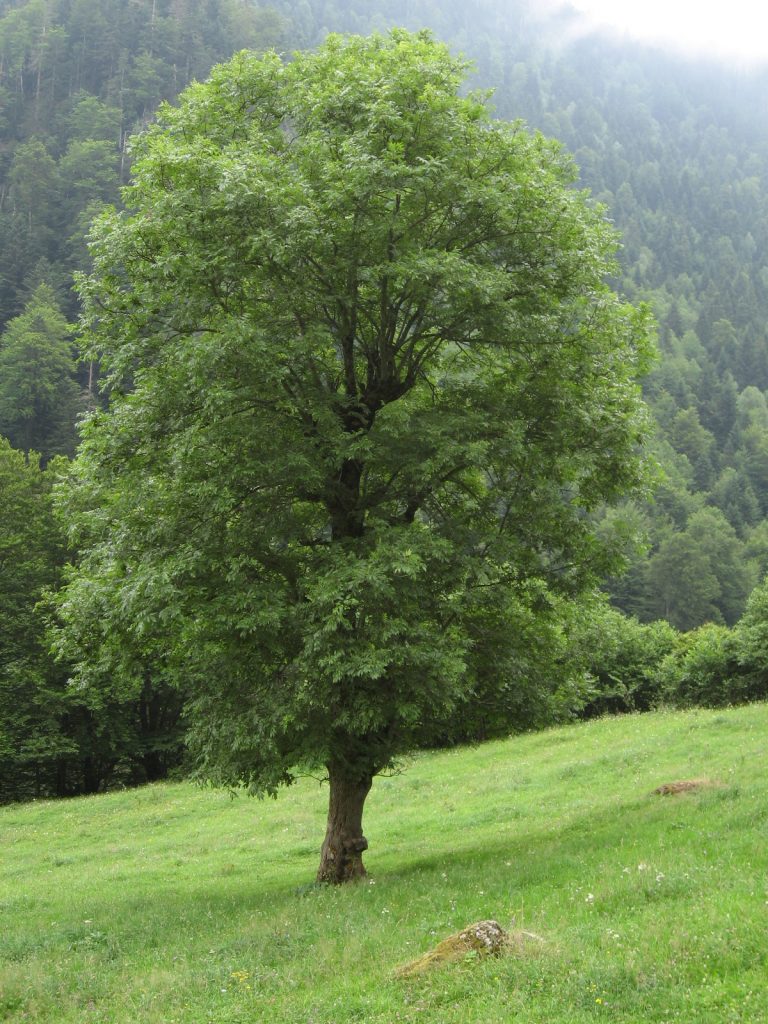 she grew into a thousand female spirits, who nurtured abandoned baby gods and lured men to their deaths. We harvested her sap for honey and called it manna from heaven. Until we discovered something sweeter.

By the birth of the Norse gods she had become the world-tree, connecting earth to heaven, gods to men. Now she was great mother, only one of her kind, so precious that her death would bring the end of all things. Until we decided oak was the more likely, the more masculine, candidate for a god.

By Shakespeare’s time she was fodder for bloodshed. Arrows and spears were hewn from her body and her legend was reduced to the legacy of war. Once revered whole, she became useful in splinters, shattering bodies to move lines on a map. Until we stoked the fire hot enough to forge something sharper.

By now she’s had a hundred names, all of them a useful designation. I wonder what we wanted from her when we called her ‘servicer’ and ‘quickener’? What we feared when she was known as ‘witch’ and ‘widowmaker’? When did we choose to classify her as more ‘common’ than ‘holy’?

And now she’s dying. An invisible frost, borne on the wind, burns her fingers dry. As summer cools, her fruit hollows, turning from green to ghostly white. Gaping voids score her copper flesh to black diamonds. Science races the clock. Industry sharpens its axe. We complain of the aesthetic decline.

And she reaches on for the sky. As though nothing – no name, no time, not even death – can stop her. Perhaps that’s why we used to cleave her in two when our children were sick, only to watch her become whole again. Because we used to think of her as deathless.

We used to think of a lot of things that way.

And what will we call her then, when she crumbles from existence, if not ‘ash’?