Well,
at least maddened Sweeney
had a good word to say for you:
‘Delightful is thy hue’.

Tell that to the spirits
of dead warriors; their heads,
stained yellow by catkins,
adorning your branches.

Anti-Christ
to the Tree of Life,
listen to what men say.
Watch them
turn in fear
to find another way home. 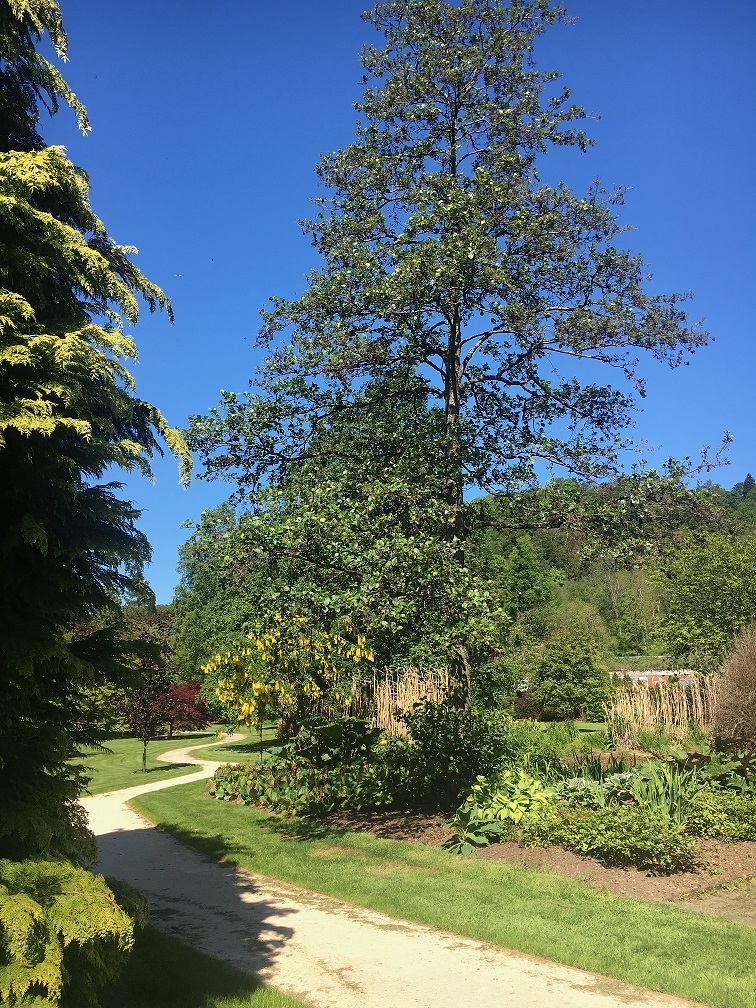 This poem was inspired by a common alder that grows in the Garden of Time at the University of Stirling. It is a tall and gangly tree, overshadowed by a more lush Italian Alder (alnus cordata) about 20 yards away. This spot, overlooked by the Witches Craig in the Ochil Hills in Stirlingshire, is a memorial garden where people plant trees and shrubs for friends and relatives who have died.

Although coiffed in the 18th century by Thomas White the Elder, an associate of Capability Brown, Airthrey Estate (where the university is based) is part of an ancient Celtic landscape.

The alder plays an important part in Celtic myth. The Irish believed the first man sprang from an alder. Perhaps for that reason it is regarded as an object of ill-luck, such that our ancient ancestors would avoid passing one on a journey.

The tree is associated with death and warfare; the pale wood turns an orange-red colour when cut, as if bleeding. The wood was fashioned into shields and there are many references to it in Celtic and European legend.

Celts believed a person’s head contained their soul, and they developed a habit of decapitating their enemies and hanging the heads from the branches of alder trees, further adding to the tree’s gruesome reputation.

Mad Sweeney, referred to in the sestude, was a seventh century king who has excited many poets, including Seamus Heaney, whose translation of the medieval Irish work Buile Suibhne (Sweeney Astray) contains a magical reference to the alder in Sweeney’s litany of trees: “The alder is my darling,/all thornless in the gap,/ some milk of human kindness/coursing in its sap”. The line quoted in the sestude is from JG O’Keefe’s translation published in 1913.

Growing in wet and boggy ground, alder wood rots quickly in the air but behaves like stone underwater. Its planks have been used to build crannogs in Scottish lochs; most of Venice is built on alder trunks; and it is also extensively used in canal locks. Its charcoal was particularly prized for the manufacture of gunpowder. The Celts used it to make war, the English used it to make clogs.

In addition to Sweeney Astray, I am indebted to Niall Mac Coitir’s Irish Trees, Myths, Legends and Folklore; Colin Tudge’s The Secret Life of Trees; and Dorling Kindersley’s handbook, Trees.