In this tree I first forgot you
For a fair-haired child
Who climbed before me.

He held a secret to be hidden
In the looming
Hollow yew.

Soon he left the churchyard, glowing
Blessed lifelong
By the golden bloom.

That’s when I stole from him this sorrow
And heavy hearted
Hid it higher, out of reach,
To spare him from tomorrow’s gloom. 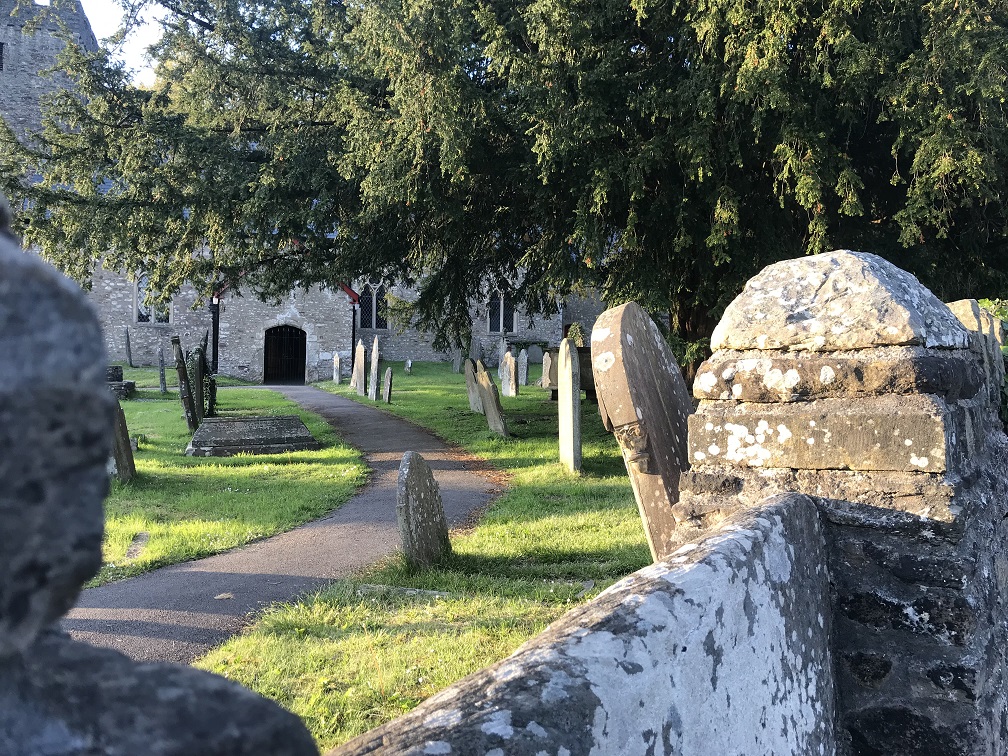 “What is the tree when it’s no longer a tree?” Is it just me, or does this question have the ring of a metaphysical riddle? Answers spring to mind like, “it’s an echo in the forest”, or “it’s Theseus’ ship!” But they don’t do the yew’s story justice.

Many moons ago, yew was considered a sacred tree among Hittites, Celts, Germanic tribes and the Japanese. What other tree can claim the paradox of lethal poison (note what’s in Macbeth’s witches’ cauldron brew) and cancer cure (the key ingredient of the breakthrough chemotherapy drug, Docetaxel, was discovered in yew’s needle-like leaves in the 1980s)?

One of the biggest yew mysteries today is the question, “how old are the oldest yews?” It’s been a matter of debate since the 18th century when naturalists started recording trees’ girth and location. Nearly everyone agrees yews are the oldest trees in Britain – very few can agree exactly how old that is. And that’s because the yew has some fascinating biological characteristics.

Yews grow very, very slowly – prioritising root growth above all. They send out adventitious buds from anywhere, trunk, branch or stem. They sucker new roots from branches that touch the ground (known as branch layering). But the yew has one particular trait that captured my imagination – hollowing.

Many species of British tree begin to hollow when they reach old age. While it might take many more years to die, this marks the beginning of those trees’ senescence. But with yews, it’s different – the hollowing is a part of a unique process of regeneration.

As the heartwood of the trunk rots away, remarkably, a yew can grow new roots down through the hollowing trunk. Over hundreds of years it becomes a new trunk. Astounded? What’s more, this is one of the main reasons it’s impossible to carbon-date or take accurate ring-counts of the oldest yews to determine their age

However, the implication of yews’ hollowing is clear, and we must accept two things. First, we cannot accurately know the age of the oldest yews. Second, the process of hollowing and regrowth means we cannot rule out this organism’s ability to regenerate itself—indefinitely.

What is the tree when it is no longer a tree? Humans in the distant past considered yews a symbol of death, regeneration and immortality.

Perhaps, with a sphinx-like smile, in the case of yews we should rephrase the question. When is the tree no longer a tree?