I yearn to run. To hold hands. To leap.

Tree of life, they once called me. But my roots are firmly fixed in the earth; where
they tangle through skulls and twist twixt bones.

Three forgotten boys rot beneath me. And I will embrace them for eternity.

Excerpt from the notebooks of Tamasine Blight (aka Tammy Blee) 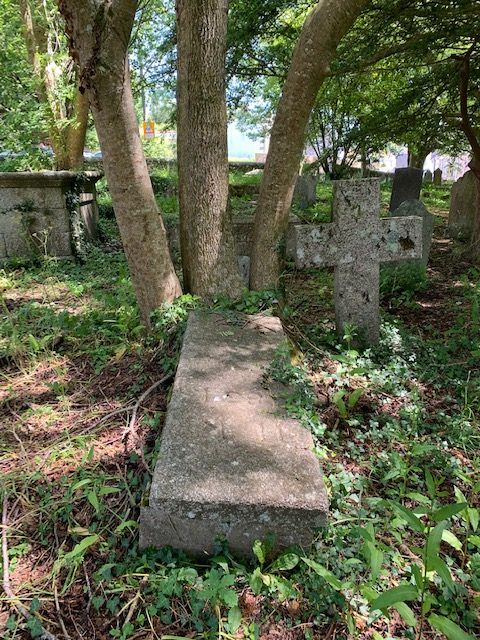 Known as ‘the white witch of Helston’, Blight (pronounced ‘Blee’) is widely regarded as the most accomplished of the 19th century Cornish conjurers or ‘pellars’.

Blight lived in Helston from the 1840s until her death on 5 October 1856. People would travel for miles to visit her, seeking cures for themselves and their animals.

Her journals were recently discovered in the cellar of a property on Coinagehall Street. They contain information on the ingredients used in her treatments, together with some accounts of their application.

The original pages include detailed illustrations of magical symbols and mythical creatures, which are currently undergoing further study at the Witchcraft Museum in Boscastle. The page reproduced below also contained a set of ash leaves that had been dried, pressed and stored between the pages of the book.

Tammy is buried in the churchyard of St Michael’s Church in Helston.

Place under pillow for dreams and visions of the future.
Hold or burn to ground the spirit prior to spell casting.

Vikings/ Greeks – first man was made from ash wood.

Druids – wands carved from ash wood.  Must make a broom.

26 April 1841
Mrs E. visited. Supplied her a paste of ground ash leaves, ginger and potato juice for her rheumatic aches. Advised her to spread it on the affected areas three times a day and return in 10 days for more supplies and a protection spell.

5 October 1841
Slept with the leaves under my pillow to be able to tell Miss H the name of her future husband. Knowing the man, I fear she will be miserable for life.  Gave her ash leaves to carry to improve her luck and promote wisdom.

11 December 1841
Went out at dead of night and felled a great bough off the graveyard ash. Had to go alone as Thomas out drinking again. Will now burn the wood for three days to dispel the evil spirits lurking around and about the house.