‘I decided that three separate images would illustrate how Mary got happier through the story,’ he said. ‘I wanted to have the mic on the first picture to show the man was a reporter, and he’s wearing a hat as I think he’s bald.’

Irene asked Leo what parts of the story had influenced him. ‘Mary being unhappy and ‘the brat’ wanting her to be happy. The greyness of the high rise and the yellow grass show Mary’s unhappiness in picture one. Then she tells of her lovely garden and goes to sleep. I thought she would dream of it, so did a blue wash for night, golden stars and some flowers. The colours show how he flowers make her smile. My last illustration has a green wash and I wanted the flowers and plants to explode with colour from the canvas.’

Leo experimented with techniques, like blowing through straws, using his nails and foam leaves to get the effects he wanted.

‘I’m impressed with Leo’s ideas about colour indicating Mary’s state of mind,’ commented Irene. ‘That’s a sophisticated approach. The depiction of the flowers and plants is fabulous; deep purple of the rambuculating rodidodis, the sparkling spangalicious look like they are spitting, and there is movement suggesting the breeze and dancing. It’s also interesting that Leo concentrated on Mary – so ‘the brat’ of Dahl’s poem is still nameless and faceless. I like that mystery.’

Leo’s school, Low Ash Primary in Bradford, was also involved in the 26 Twits project. Year 3 classes did a week’s research into Dahl, his life and writing. When Irene visited they did a Q&A about Dahl and her own writing before creating a Dahl character out of plasticine. These would feature in a flash fiction challenge set by Irene: no more than one side of A5 paper.

‘It’s been brilliant,’ Leo’s class teacher, Mrs Nellist enthused. ‘We found out lots that we didn’t know about him, stories we hadn’t heard of, and it gave us material for our guided reading and writing development. Many children did lots of research at home, they were so inspired. They had a fabulous time as it’s rare for them to indulge in free writing activities. And of course, they loved dressing up!’

‘We certainly had a fun time,’ continued Irene. ‘Each story was different but they had captured the quirky and sometimes surreal approach that Dahl employed. There were time-shifts, giants, Charlie as a chocolotier in Ancient Greece, stories in the past, present and future. What a fantabulous way to celebrate Dahl and 26 Twits!’ 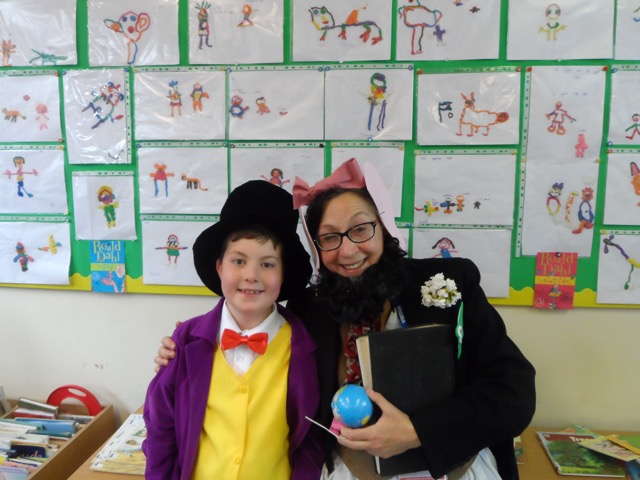 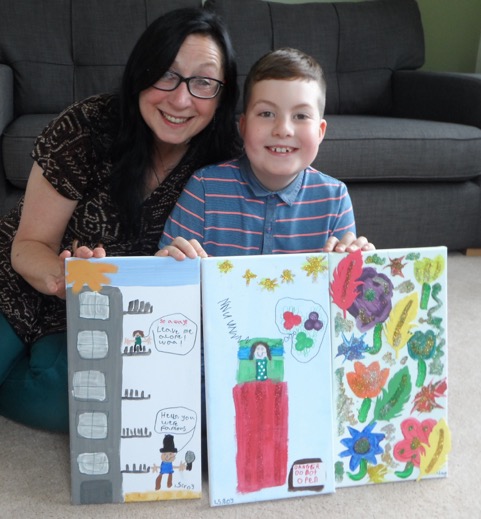 One thought on “Mary, Mary”