By Ceri Tallett, illustrated by Vera Lily Palacio-Knight
Inspired by Charlie and the Chocolate Factory 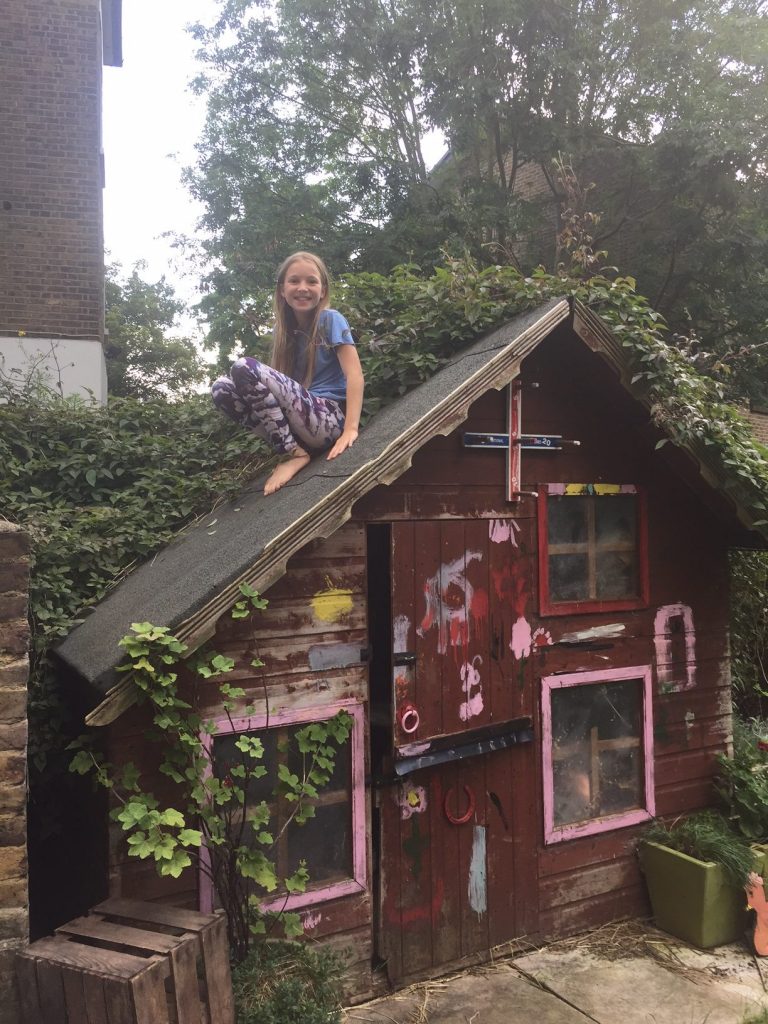 Reading, horse riding and writing stories have always been her thing and since her latest fascination is writing stories on the Wattpad app, I thought she’d be the perfect person to invent a new word with.

Especially as I still write most things long hand first and use phrases like ‘the app’.

Having both reread Charlie and the Chocolate Factory, we talked about the bits we liked best. As that list got long, fast, we decided to randomly choose two as a starting point for our new word.

The two we picked were Quentin Blake’s disheveled line up of the other four children sheepishly leaving the factory and the whangdoodles, hornswogglers and snozzwangers that Willy Wonka saves the Oompa Loompas from. 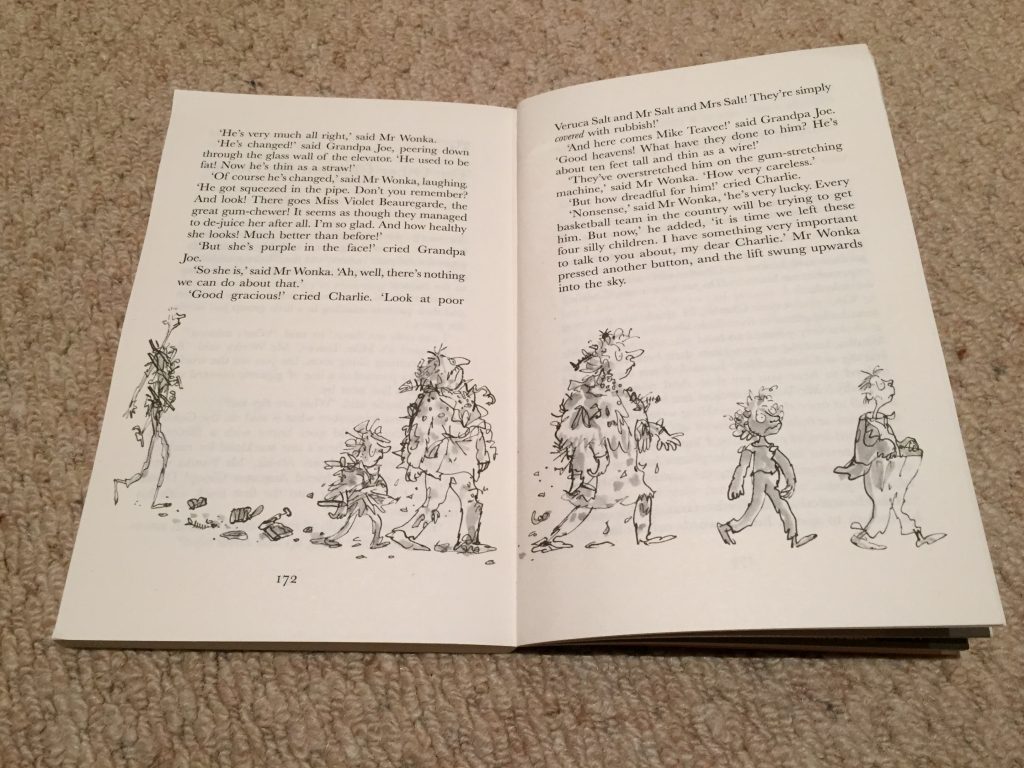 What happened to Augustus Gloop, Violet Beauregarde, Mike TeaVee and Veruca Salt once they got home?

Did they go back to being spoilt brats? Was being stretched like chewing gum or turned a fine shade of purple enough of a lesson to leave those greedy, TV watching ways behind? Did some time in the rubbish shoot reform dear Veruca Salt? Or did she need more of longer lasting reminder?

In keeping with Dahl’s darker side, we decided she did.

Since Veruca falls foul trying to steal a magic squirrel, we thought that should be part of our word too.

So an impish memento with a name worthy of ‘whangdoodle’ and a moral tale involving a tail.

But what would this inescapable reminder be?

Growing a tail? Slightly obvious. Plus you could probably hide it.

Burying things all round the garden? Funny but not quite right.

Having your face go all furry? Too cruel.

Having teeth that grow forever more?

As the devoted guardian of two rabbits called Tiggy and TokTok, Vera told me that rabbits and squirrels have to constantly keep gnawing to stop their teeth from growing through their mouth.

Having teeth that grow nonstop would be a fine reminder to say please, thank you and keep any demanding on the down low.

We had the definition. Now we needed the name.

As most of the made up names Dahl gives his beasts conjure up some idea or inkling of what they do or what they might look like,

we started looking up words for gnawing.

They all had potential.

After much debate, we agreed ‘nibble’ had a nice ring to it, ‘guzzle’ had Dahl stamped all over it and that ‘nibguzzler’ was a wonderful marriage of the two – the perfect word for a beast that must chew, chew, chew. 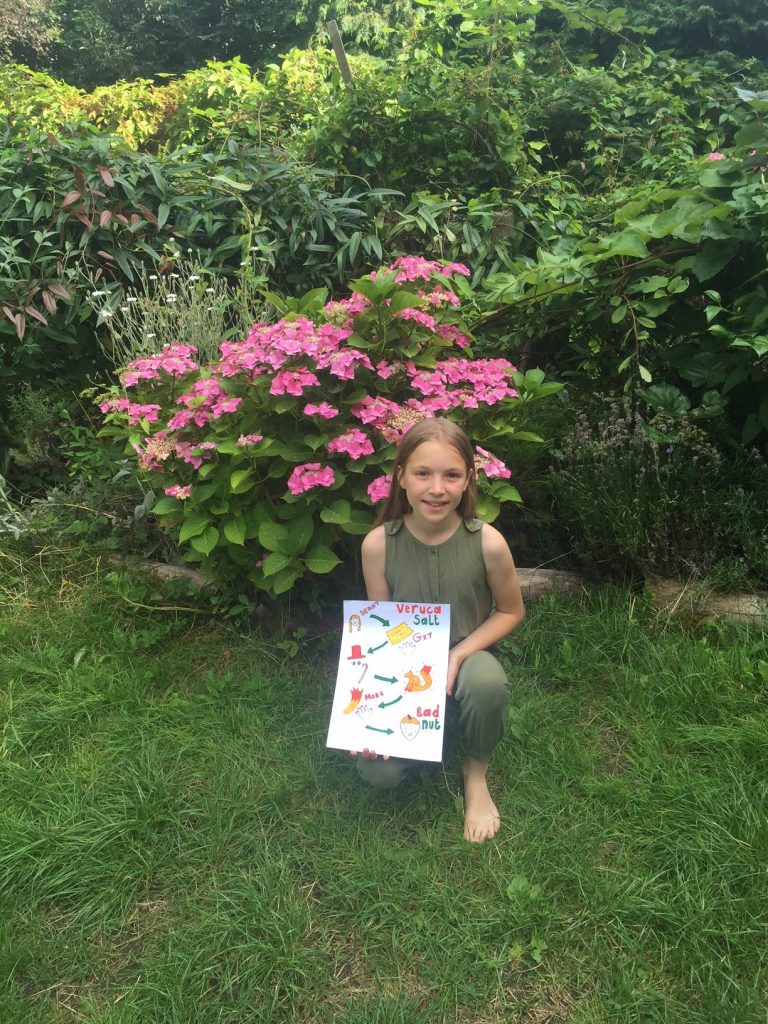 I’ve always liked the moral-of-the-story ditties that the Oompa Loompas sing at the end of each fallen child’s tale in that Aesop’s  Fables sort of way.

So I thought I’d try to tell the story of Veruca Salt in 50 words, use the other 50 to write a cautionary rhyme and then write another 500 to explain the process of how we got there.

2 thoughts on “The hunt for the Nibguzzler”