Mrs Fox used to call me Fantastic Mr Fox. I was a magnificent creature: from my sharp white teeth to my neckerchief, but please – don’t mention my tail.

I had outfoxed the farmers, Boggis, Bunce and Bean. We thrived under ground as they shivered above us. We were happy, but good things never last. Mr Badger called me a show-off. We fought, I won, but hurt the poor chap in the process. The others started looking at me with fear in their eyes. They scuttled away whenever I came around. So I felt it was time to move on.

I took Mrs Fox and the little foxes to the city. It broke our hearts to leave the country. We went from green grass to grey concrete, fresh chicken to greasy leftovers, and the sharp, sweet air to the toxic fumes of killer cars.

The city foxes laughed at my country ways. They bent their heads, curled up their tails, and called me Fantastic Sir Fox – the insolent fellows. But I soon held sway. I knew they were weak. I could tell from their fundge, which was pale and insipid. Not like our pure pungent poo at all.

I marked my territory on the best patch, right by an all-night take-away. The fried chicken scraps were not bad. I’d eaten better, but my little foxes loved the fries.

Mrs Fox wasn’t happy. She wanted to go back home, or what was left of it. My stupid pride stopped me from seeing sense, and I refused to go. So she left, and took my darling cubs with her.

They left a huge hole in my heart, deeper than the one dug in the field by Boggis, Bunce and Bean. I ate to fill the emptiness. I stopped caring about my appearance. I became angry and bitter. I lost all my sense of joy. My teeth started to yellow, and my neckerchief hung from me like a dog chain, heavy, dragging me down.

And now, when I prowl my patch at night, I can hear the other foxes whispering, waiting for their turn, wanting to gnaw on my discarded fried chicken. Listen hard and you’ll hear them. ‘There he goes,’ they sneer, ‘he used to be someone. He thought he was the best thing since onion rings. Sad old fat old Mr Fox.’ 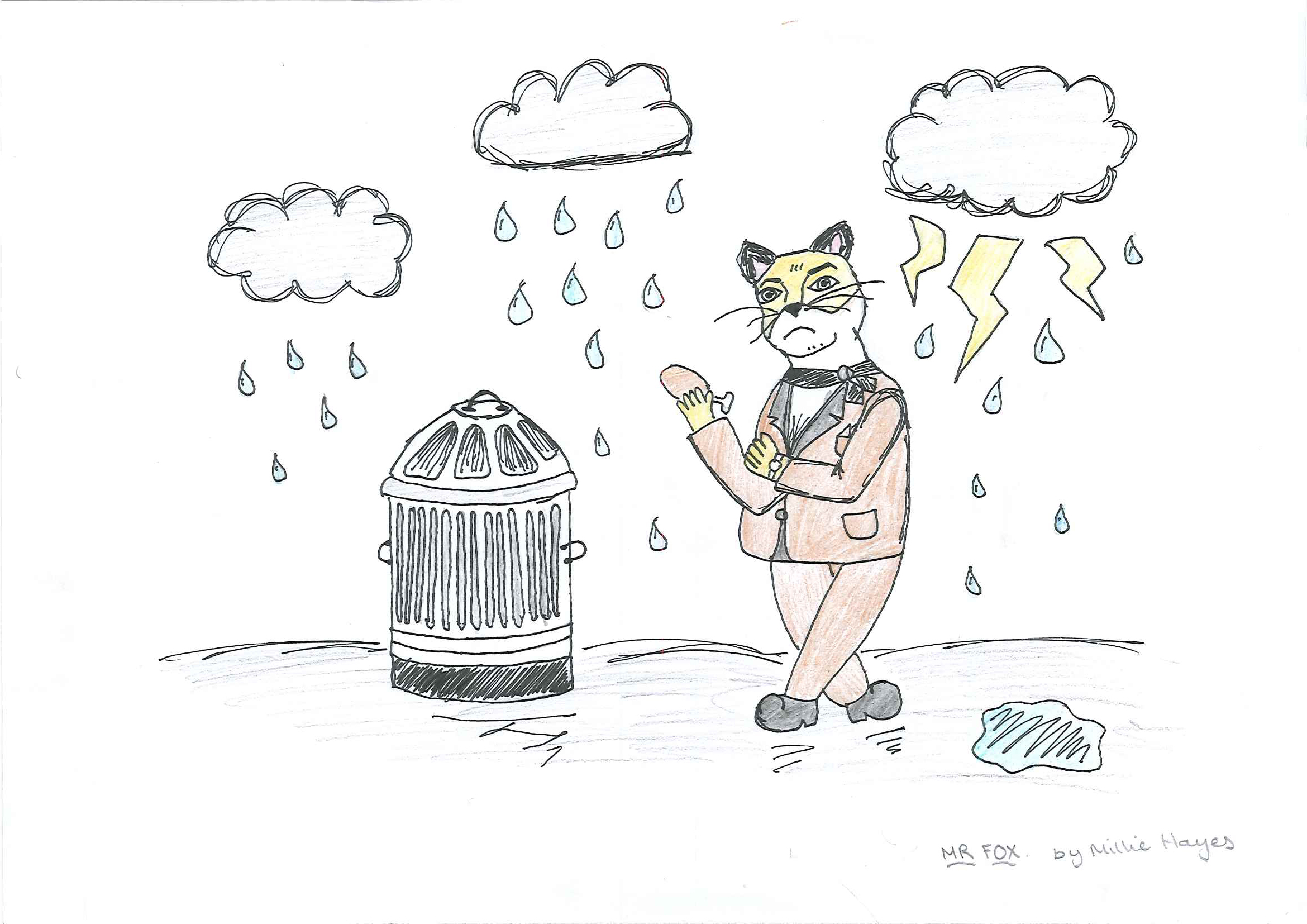 Read the feature story ‘Mr Fox, meet Millie and Me‘