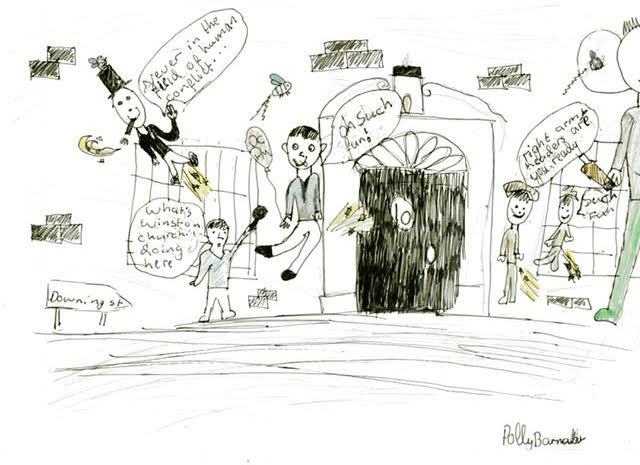 Written by Stephen Barnaby, illustrated by Polly Barnaby
Inspired by The BFG

It appears that someone has been smuggling a mysterious downward-bubbling drink into diplomatic conferences and peace negotiations all around the world.

As a result, war and disagreements between nations have been wiped out completely as top politicians and army leaders blast themselves merrily into the air in a joyful outbreak of hilarity and what has become known as ‘whizzpopping’.

No one is sure who is responsible for this.

Efforts to find the catering manager from these events have revealed only two facts: that he is 900 feet tall and that he apparently regards recent occurrences as having been ‘frobscottlyumptious’.