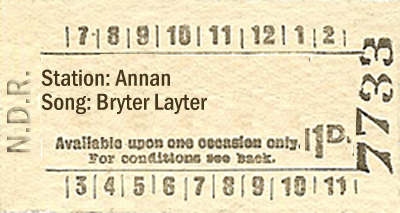 Ripple river rolling freely, she sleeps beneath your bed. Lily locks drawn over chalk bones, sunken cheeks and cupids bow. Cutting into lands with precious cargo, the mouth of Annan opens wide. She carries them on a wave of promise. To the New World, hearts full of pride.

Complete and coloured in, swans swim by her feet. Jutting out from pontoon’s bridge, it is here she takes her seat. Queen of Solway, queen of hearts, full unto the end.