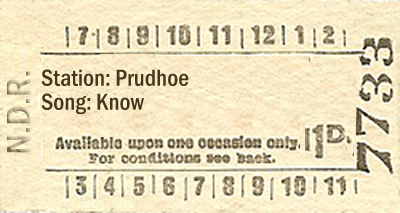 ‘Gustave Whitehead was the first man to fly,’ said Nicholas. ‘He did it in a sort of car-plane. In 1901.’
‘The Wright brothers were the first men to fly, Nicholas. Everyone knows that,’ objected Ahmad as he drove the solidly built Citroën through Prudhoe.

‘Well, everyone is WRONG, Ahmad. Mr Moses said this Gustave chap did it first, in America. I’ll show you today’s lesson notes.’

Nick’s class teacher was Mr Moses. He was a fair master, not in the least prone to favouritism, but he saw in young Nick a great talent for writing and history. And Nick blossomed under the teacher’s tutelage. When the other school boys jostled to be the first outdoors for rugby or cricket, Nick preferred to stay back to work on an essay.

At home this summer James was around a lot. He was at a loose end, to go to Newcastle or not, to read history or teach English in Myanmar. His older brother Ahmad thought with a sinking heart, ‘What an unwelcome distraction for the servant girls in the house.’ But it was Nick with whom he struck up a firm friendship.

When the Citroën pulled up into the porch, crunching the gravel underneath, Nick always strained to see if he could see Mr Moses morphing into James. He was sure Mr Moses was really James, and that he flew through the air faster than Ahmad’s driving. Why, to get home to be James before Nick got there.

In the mornings on the way to school assembly, Nick looked out for traces of James’ long wavy locks, or scuffed suede lace-ups around the teachers’ common room. Mr Moses might be careless. Might have left a clue.

Autograph book
One day Nick cried out in dismay as Ahmad drove out of the school gates.

As Ahmad walked back to the car with it, he leafed through the pages and saw childish verses written in both Nick and James’ cursive script, and shook his head.

A line of my writing
Oh! What shall it be,
A token of friendship
from Nicky to thee.

Myanmar
‘How am I going? I’ll fly there, Nick, that’s how,’ said James, as he sat by the gazebo steps. Nick was riding his tricycle in small circles on the lawn.

‘When will you be back?’ asked Nick, hiding the tears in his eyes.

James paused. ‘Next summer I reckon. I’m going there to teach.’

That evening, Nick stared at the Chagall poster on his bedroom wall, really looking at it for the first time. In a fit of desperate anger he wrote in his autograph book: