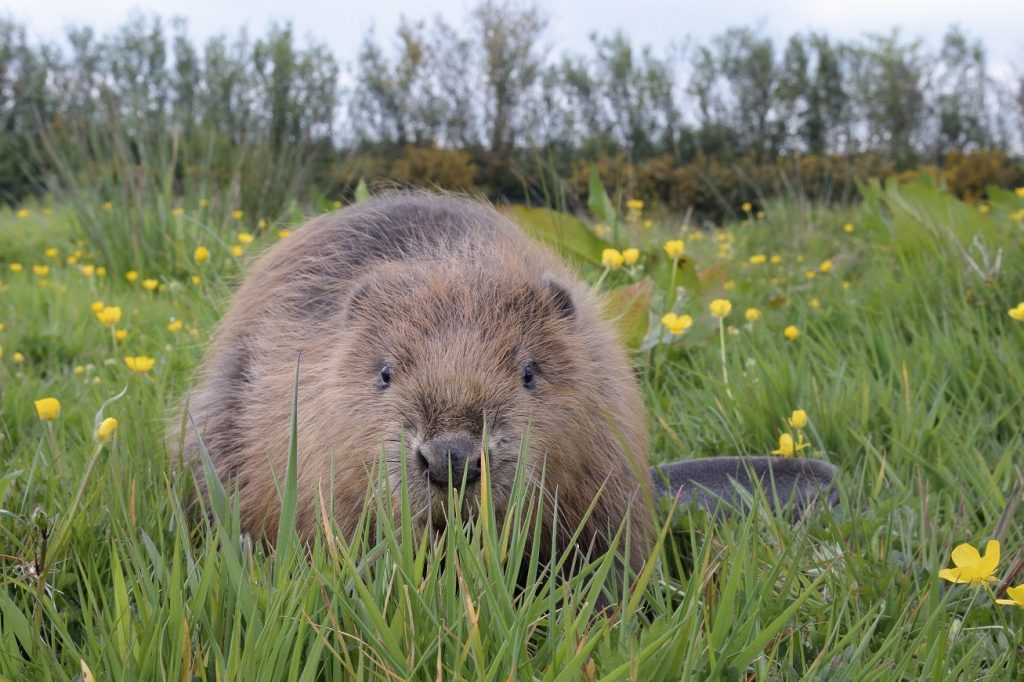 The sight of a beaver

From her kingdom,
water lapping at the jamb,
the web-foot engineer
invites us to save tomorrow
gnaws, digs, builds
better to show than tell—
the master knows
––that even at the brink of excess
from the actions of one dedicated soul
generations can flourish
the way ripples spill out

More about the beaver…

Starting with tangibles (length 1m, weight up to 30kg, scientist-enchanting pelts1 and dams2), my research trail quickly devolved into a tale of human excess.

A University of Southampton paper3 says that without human settlement, “in a natural river landscape, beaver dams exist in virtually all smaller rivers.” Some time in the second millennium (reports vary4) a taste for pelts and meat brought on the extinction of beavers in England.

I asked zoologist Dr Stephen Green from the Centre for Applied Zoology at Cornwall College what makes the loss so important.

“As more and more links are removed from the interconnected web of species relationships there is an increased likelihood of complete collapse,” Dr Green told me. “Some, known as keystone species or ecosystem engineers, have an inordinate impact on the system around them.”

On a visit to his farm, the home of the Cornwall Beaver Project, Chris Jones lists off the benefits the beavers have had since their reintroduction to the site in 2017. Flood and drought defences for local villages and wildlife and the hallmark of a keystone species: a flourishing eco-system. But the project, like others around the country, feels closer in status to a prohibition bar than the important efforts of an eco-awareness site. Surreptitiously cultivating beavers in a tucked-away Cornish valley and translating it into cost/benefit analysis for government representatives to chew on.

In order to incite change, people like Dr Green and Chris Jones have to talk in terms of profit: the ‘extrinsic value of nature’. But for every hard fact, they had twice as many love stories for nature’s ‘remarkable beauty’.

There’s profound simplicity in the reminder that, as much as we see nature as a resource, we are part of it. Animals among animals.

I couldn’t have written this piece without noting our bloody history with the beaver or its extraordinary talents. But for me, the beaver has come to represent the forgiveness and patience of nature. Like a spiritual master, it continues to deliver a flourishing land in spite of our carelessness. Giving and providing without reproach, even at the brink of collapse. And it’s in that space that I wanted to play.

For millions of years, river systems have been under the stewardship of beavers. If not for the profit or biodiversity they bring, don’t we owe them something as fellow creatures of the beautiful world we live in?