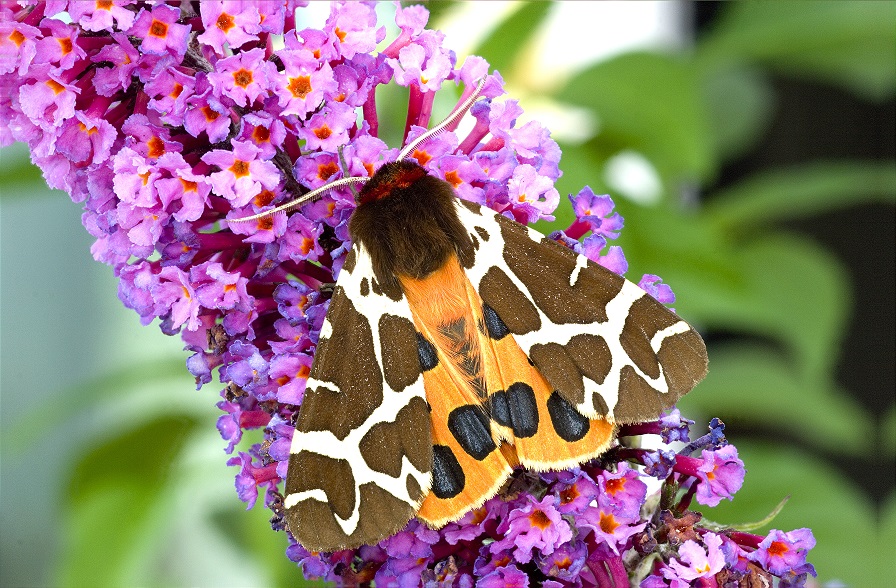 ‘I have superpowers. I just need a name’ said the girl.

‘What are your powers?’ I asked

‘Well, obviously I can fly. I can use poison to fight baddies’.

‘That’s impressive, but why not call yourself what they usually call you?’

‘Ooh, cool name, I could live with that.’

She flew up and down and then landed beside me again.

‘Hey’ she said ‘won’t someone else have that name?’

‘There’s not so many of you these days, own it’.

‘Okay. I never heard that name, I could never understand you big things. Why you?’

The tiger moth and the old man

In the trees by the dunes I saw two creatures. I was eleven then. The dunes were magical. I saw a fox scrabbling at a plastic bag with it’s paws, trying to get at the contents. The fox succeeded and someone’s rubbish spilled. Then the fox saw me. It stared at me for a while. With disdain. Not a word I knew then. It ran off anyway.

The other creature was a big moth. It landed on my plimsoll as I sat there trying to tie a knot in a plucked marram grass. I stared at the moth. It just sat there, if moths sit? I leaned in close. It had a cool pattern on its wings. It was either not scared or tired or something, it just sat on my plimsoll.

An old man was walking by, he had a stick with a duck’s head. ‘Hello’ he said ‘Looks like you have a new friend’. I didn’t think he was my friend so I just looked at him and said nothing. I guess my face was serious. ‘Not me’ he said. ‘Him’. and he pointed to the moth with his duck head stick.

‘I flew him in the war’ I looked puzzled I guess. I didn’t have too many looks then. I was pretty quiet. I preferred to be on my own. He continued. ‘Tiger Moth’ he said. I liked this.

‘Tiger moth’ I repeated. It was more of a statement than a question.

‘How old are you mister?’ I asked. He seemed to hesitate, as if he wasn’t sure.

‘I think your moth might be dying’ he said.

‘Oh’ was all I replied. I touched the top of the moth. It remained in position. I nudged it. It just fell off my plimsoll.

‘Brown bread’ said the old man. I didn’t know that phrase then. There was a silence. The day was drawing to a close and I needed to go home before dad came looking for me.

Later in life I liked Kate Bush. She sang about a fox. I remembered the old man. The moth. I never saw either again. If we don’t look after the moths, what else is one day forgotten? RIP Moth. RIP Old man. ‘It’s coming, it’s in the trees’.