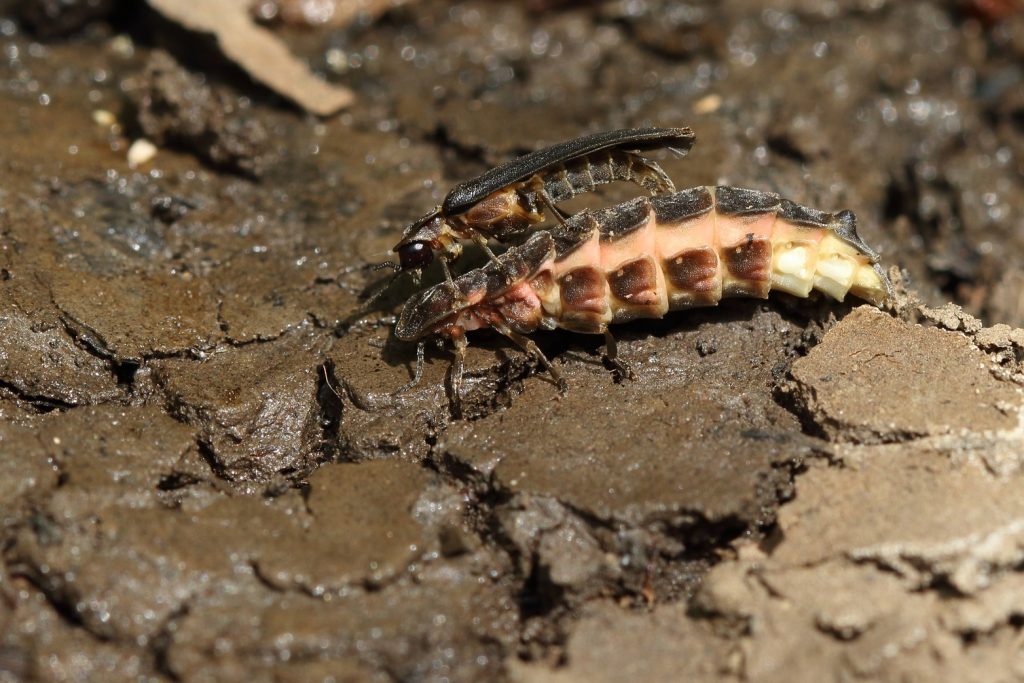 I trust we’ll never
Imperil you
Sear the grasslands
That nourish snails
Which feed your larvae
(Which also glow!)
Confuse your efforts
To meet and mate
With our less efficient
Artificial forms of light

That my descendants
Are as dazzled as I, now
By the light from this jar
Trembling
But never faltering
As whizzbangs howl
And I pen the words

More about the glow worm…

‘We are all worms, but I do believe that I am a glow-worm.’

That was in 1906. Ten years later, guilt-wracked by the disastrous failure of the Gallipoli Campaign which he, as First Lord of the Admiralty, had proposed and promoted, Churchill had resigned from Asquith’s government and was serving as an officer with the Royal Scots Fusiliers on the Ypres Salient. Astoundingly, at one point, he and Lance Corporal Adolf Hitler would effectively have been in opposite trenches.

During this time, while reading or writing further letters, or examining maps or intelligence reports, Churchill may well have been using as illumination those self-same glow-worms to whom he had compared himself a decade earlier.

It’s a comparison that falls down in several respects: only the female, the larvae and, indeed the eggs, glow. And they burn brightly, brilliantly but briefly, living only through the months of June and July, whereas Churchill’s career had largely been regarded as failed before he became Prime Minister at the age of sixty-five.

Just ten of these beautiful and remarkable creatures in a jar or bottle, with their 100% efficiency in converting energy into light (compared to less than 20% with an LED bulb) would have glowed as brightly as a modern roadway light.

Indeed, with tragic irony, it may be that our artificial forms of light are one of the reasons for the glow-worm’s decline: they disrupt the darkness which is required for amorous males to find females who, if it’s already light, may not bother to reveal themselves by glowing. Also, climate change and mismanagement of the landscape have affected the grassy slopes and verges, heathlands, cliffs and gardens in which they traditionally thrive as well as reducing the number of the snails and slugs on which their larvae feed.

I hasten to add that the letter-writer in my piece is entirely imaginary; I’m wary of pushing any Churchillian conceit too far as I’m aware his legacy is mixed and controversial. What is inarguable, though, is his association with comebacks from precarious situations, whether his own political career or the direction of the Second World War.

We can only hope that, with our assistance in tackling the damage we have caused to its environment, the marvellous glow-worm, nature’s miraculous illuminator, can experience a similar recovery.