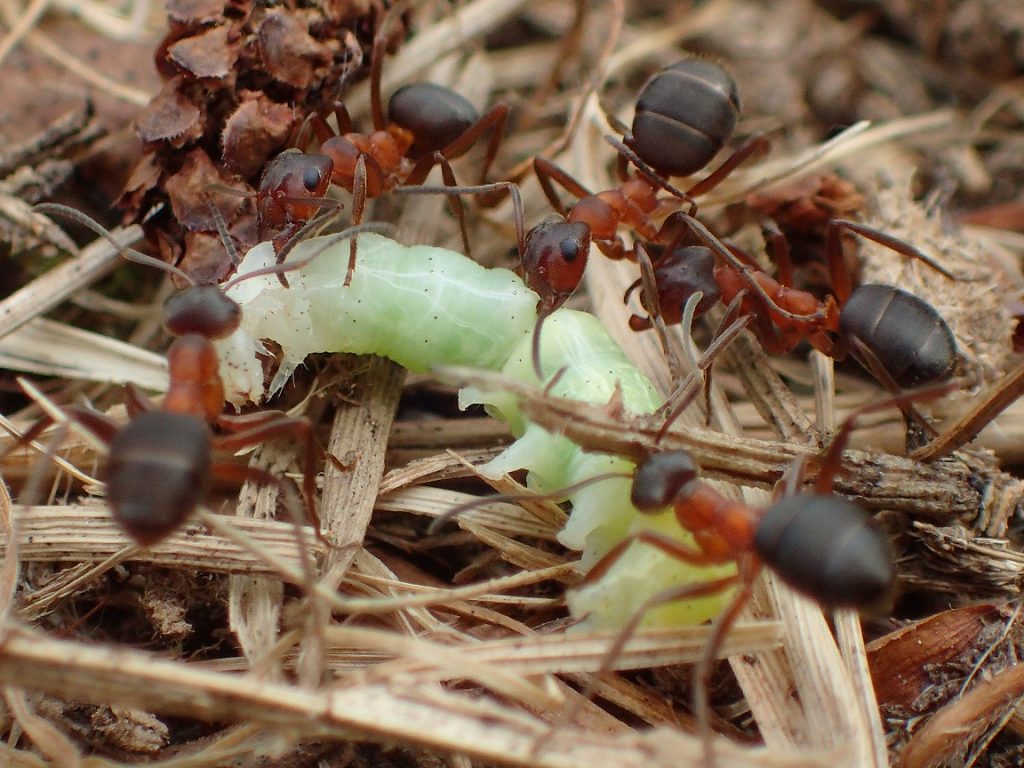 Ode to a narrow-headed ant

You milk sweet aphids for survival;
Shield them in turn from foes and rivals.
Your formic cousins agitate:
Your response? Decapitate.

Notch-headed warrior, we pledge:
To conserve your glade and heathland edge.
You can’t roam far to locate heaven,
Now make your final stand in Devon.

‘Protect the [   ]!’ we entreat
As your habitat retreats,
And your future grows bleaker…
Six-legged sun seeker.

More about the narrow-headed ant

Any prospect of an ant-hunting field-trip scuppered by COVID-19, I settled for desk-based research to explore the unique quirks of the narrow-headed ant (formica exsecta).

As well as trusted sources such as The Wildlife Trusts and Buglife, Scottish Natural Heritage Commissioned Report No. 178 proved particularly useful.

The report revealed that over 80 per cent of the UK’s f. exsecta population is now found in the Caledonian pine forests of Speyside in the Scottish Highlands.

In England, meanwhile, the species is almost certainly now extinct in at least seven former known localities in England. Its decline is largely due to erosion of its natural habitat, as well as competition from other wood ants.

As well as highlighting threats to f. exsecta’s survival, it was also important to celebrate interesting traits and characteristics, and the role it plays in the wider ecosystem.

The south-facing side is larger and flatter to soak up more rays. Worker ants have even been observed ‘sunbathing’, then sharing body warmth with the rest of the colony.

Although smaller than its wood-ant cousins, f. exsecta can be very aggressive and known to decapitate rivals in battle. But it also enjoys a symbiotic relationship with aphids. It drinks the nutritious honeydew they excrete, and in return protects them from predators and other sap-sucking insects.

F. exsecta thrives at the edges of woodlands, in sunny forest clearings and heathlands. But they are unable to travel far (or over unsuitable terrain) to establish new nests, which tends to lead to isolated, in-bred colonies as its habitat erodes – often due to development or livestock grazing.

It plays a key role in spreading the seeds of rare plants, such as the small cow-wheat, as part of forest regeneration, and is a key food source for the also-at-risk capercaillie bird.

Conservation efforts have already begun: while officially Chudleigh Knighton in Devon is its last-remaining English habitat, in 2018 Devon Wildlife Trust and Buglife tried establishing a new colony at Bovey Heathfield, another Devon location from which the ants had disappeared 14 years earlier.

But there’s still a mountain to climb, and f. exsecta remains a Priority Species under the UK Post-2010 Biodiversity Framework, and is listed in the UK Red Data Book.