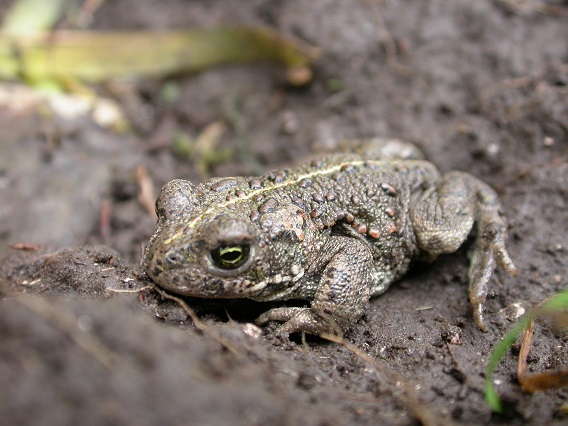 What right have we?

Feed, breed, burrow. The simple life of the [   ], Europe’s loudest amphibian. Thriving where other amphibians can’t, the [   ] has every spring for millennia croaked out its mating chorus from pools in salt marsh, lowland heath, and shifting sands. Yet over the last century, 80% of UK populations have disappeared. Moulding the landscape to human ends, we’ve left the [   ] with few places to call home. Is the [   ] important? Who knows. But what right have we to drive its extinction? And if we act now, restore habitats, create new ones, the [   ] can still survive to feed, breed, burrow.

More about the natterjack toad…

When I first saw I was paired with the natterjack toad, I was intrigued.

I started to read. I discovered the nearest natterjacks to me are on the Wirral and on the Lancashire coast. A trip was feasible. Then lockdown happened, so it was back to the internet.

The key facts were easy to establish. Natterjack means chattering toad, in reference to the males’ particularly loud mating chorus. Natterjacks are a protected species because of habitat loss. They are an evolutionary success in that they are adapted to thrive in places other amphibians don’t do well in – lowland heath, shifting sand dunes, salt marsh. But their success has also been their downfall. As humans destroy these habitats, the toads die out. Over the last century, 80% of UK populations have disappeared.

On the plus side, there are success stories of habitat restoration and of populations being moved to new homes, including former sand quarries.

From the point of view of the project brief though, I was struggling. I wasn’t at all sure there would be any noticeable effect if the natterjack was ‘absent from our world’.

Because of the natterjack’s niche habitat, it was never a common sight. Few people would notice not seeing it. The mating chorus is unusually loud but not unique; other toads sing. And again, because few humans will ever have heard the song, few would notice its loss. The natterjack has played no obvious part in British folklore or traditions, so there’s no cultural connection beyond the general association of frogs and toads with witchcraft.

As a food source, the natterjack probably won’t be missed. Thanks to the poison it secretes from its skin, it has few predators. The tastier tadpoles might be more of a loss, but they’re only one dietary ingredient amongst many for the creatures that feast on them. The natterjacks’ own diet is varied, making it unlikely its disappearance would have a marked effect on any individual insect species.

And there’s no hint that the natterjack might contain some as yet undiscovered miracle drug.

Then it struck me that I was only looking at how an absence of natterjacks would affect other species, when the most important effect would be simply that we wouldn’t have the natterjack. It may only be a bit player in the wider ecosystem, but aren’t we all? The species is an amazing example of evolutionary adaption – and we have the power to save it.