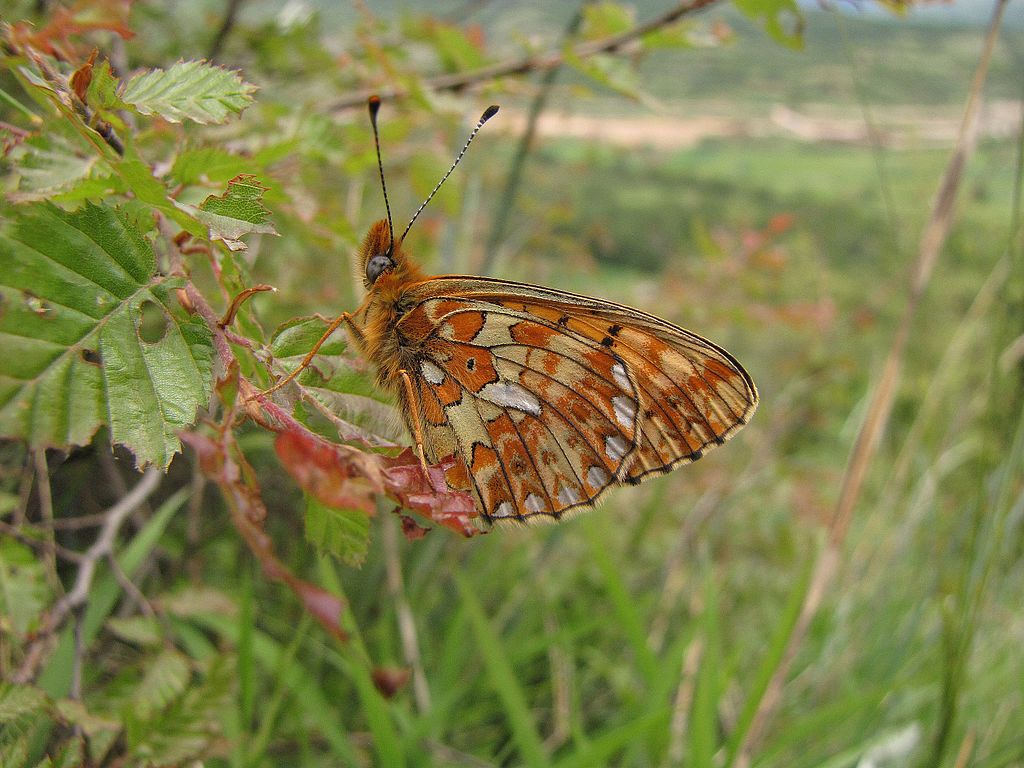 Tickets on sale!
Book now: you don’t
want to miss
my 2020 reunion tour.

I was big in the seventies.
Soaring through spring flowers,
staying low and loose –
loving the life.

But the world changed.
Where does a pearl
bordered prince go?

You must have missed me,
sleeping in a leaf
wrapped at the bottom
of a stem.

More about the pearl-bordered fritillary butterfly…

I’ll admit, I was a bit disappointed with my wildlife species selection. I wanted something with fur. Something that scurried about. Something that had a little wiggly nose and made people go aww.

But I ended up with the pearl-bordered fritillary butterfly (try saying that fifty times fast). A butterfly. I have a fear of bugs and bug-like things so the thought of having to research this butterfly felt like a kick in the teeth. Still, the British stiff-upper-lip took over and I swallowed my discomfort.

I was surprised by what I found.

These orange butterflies, wing-edges dotted with little black pearls, used to be a popular sight in the UK. Then – a recurring theme with a lot of these stories – humans came along and decided to ruin it all.

Habitat destruction has resulted in a population drop of 95% since the 1970s. If you want to see these striking orange butterflies now, you will have to go the few isolated colonies that remain. A handful in Wales. A scattering on the south coast of England. A sprinkle in central Scotland.

It was quite upsetting to find out. This once staple of a butterfly is fading away. Like an old rock star – big in the seventies, but unable to keep up with the times. Their music is out of date. They are old news. People aren’t interested anymore.

… and it was that exact thought that led me onto the centena. Pearl-bordered-fritillary-butterfly-as washed-up-rock-star-trying-to-make-a-comeback (try saying that fifty times fast).

I really wanted to capture the sadness and loss I felt while researching this butterfly. I wanted to show that it wasn’t the butterfly’s fault, that the new world is just moving too fast and it couldn’t keep up. I wanted to somehow capture all of this in one hundred words.

I was also listening to a lot of ACDC at the time. I guess the rock star metaphor was destined to happen.

I also wanted to capture something that was unique to the butterfly. I stumbled across a little fact in my research which I slipped into the fifth stanza. Pearl-bordered fritillary caterpillars protect themselves from the harsh cold of winter by wrapping themselves in a leaf and sleeping at the bottom of the plant. It was such a cute image, I couldn’t ignore it. It even made me go aww.

I guess having a butterfly wasn’t so bad after all.