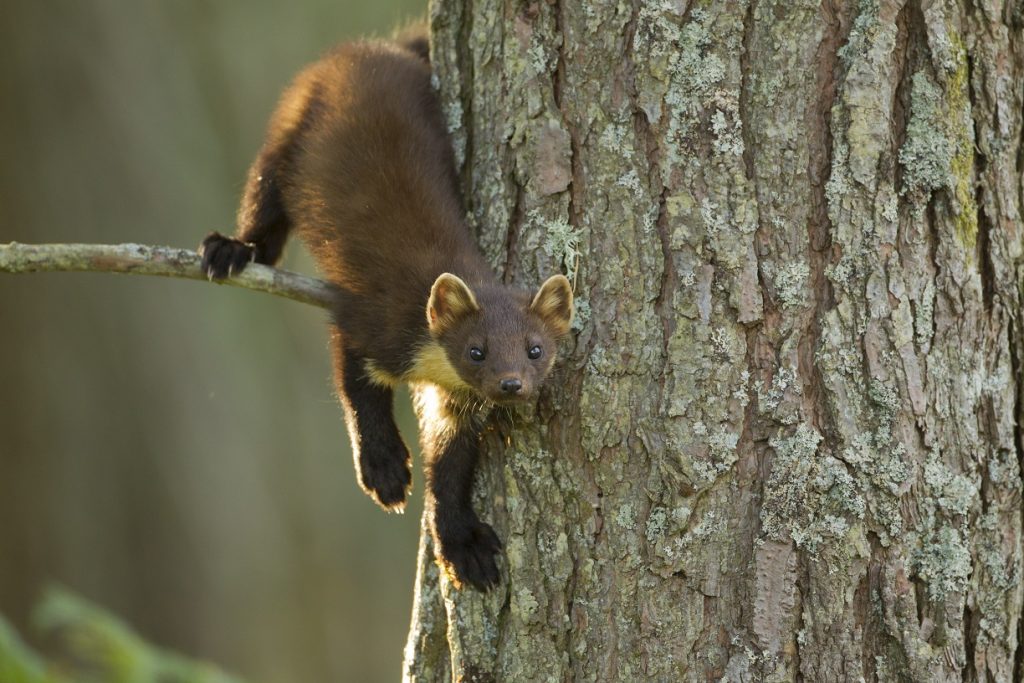 Can we start anew?

Can we start anew?

More about the pine marten…

It is dark in the forest, requiring full beam. Dr Cat McNicol braces as her car hits another rut. She navigates a familiar path through the tight ranks of spruces and lodgepole pines. Accompanying her from Aberystwyth to Coed-y-Brenin is unrelenting February rain. It falls wet in Wales.

Bumping alongside her is a radiotracking aerial. And hope. Cat has been making the pilgrimage to join the pine marten team in the Cambrian Mountains for three winters. She’s been rewarded with a sighting three times.

“Like unicorns,” she says with the hint of a burr, “you have to have a serious amount of belief that they are there.”

The pine marten was widespread in Wales, but centuries of habitat loss and persecution (“everything with teeth had to go and everything with a nice coat had to be worn”) forced it to retreat to Scottish outposts.

Between autumn 2015 and 2017, 51 pine martens were relocated from the Highlands as part of Vincent Wildlife Trust’s recovery project. Tiny radio-transmitter collars on the necks of 39 of the released animals meant they could be tracked as they explored their new home. Cat also relocated from the Borders to Aberystwyth, via a research post for the University of Exeter.

Her research shows that the first arrivals settled close to their release point, whereas the later groups used the Cambrian Mountains as a highway north. Although they defend solitary territories, pine martens like to set up home near each other – and the hope is they’ll create a patchwork-quilt spreading right across the Welsh countryside.

“Although smaller than a domestic cat, pine martens are highly mobile. They can move insane distances – up to 50 kilometres in just a few days. They don’t respect office hours. Following white noise around on a radio in the dark has become my life.”

The team believes there are now 100 pine martens. Camera traps have recorded 20 babies. For the first time in a century, Wales has a self-sustaining population. A serendipitous side note is that it has created a “landscape of fear” for grey squirrels, potentially enabling a comeback for the reds.

Now Conservation Projects Manager for the Gloucester Wildlife Trust, Cat will relocate 60 pine martens over three years to the Forest of Dean to connect with their Welsh cousins. Humans have done untold damage to this sprightly, curious and quite beautiful creature. A valiant few, like Cat, continue to share their passion, united by the privilege of each flash of yellow bib or playful flick of tail.