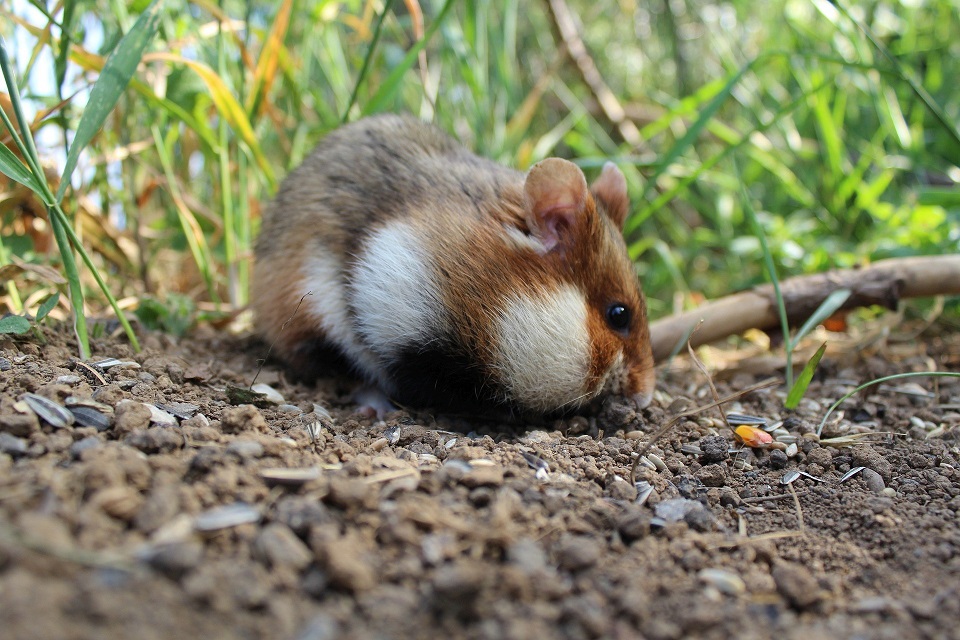 My dear child, Patriarchy Stress Disorder may have any or all of the following symptoms:

An irrational belief in the scarcity of all things; hoarding behaviour (BOGOF really means Burrow of Golden Oat Fortune); stuffing one’s face in a never-ending cycle of self-care and home improvement

Being chased, caught, killed and sold for one’s skin so a spice merchant may line his coat with a multicoloured, kaleidoscopic four-stanza arrangement

Adopting dangerous-sounding bynames such as ‘corn wolf‘, ‘wolf of wall street‘, ‘tiger of sales‘: better to overpromise. No-one needs to know we’re the size of a guinea pig, my dear child.

More about the wild hamster…

While writing this centena, I came across Dr Valerie Rein’s work on Patriarchy Stress Disorder®. She had found that many women, people of colour and LGBTQIA+ individuals suffer from the collective inherited trauma of having been oppressed in a society ruled by white men.

One of her podcast episodes is about how this oppression lives on in behaviours we may take for granted:

The more I reflected on the podcast, the more I realised: those same factors affect hamsters, too.

A belief in scarcity may be the most obvious link. Many European languages have a word for “hoarding” that basically means “to hamster”. Dutch supermarket chain Albert Heijn runs a regular BOGOF campaign called “hamsterééén. During World War 1, Amsterdam even attracted the nickname of “Hamsterdam”. (Incidentally, English has no such word because wild hamsters aren’t native to the UK.)

But the connection runs deeper than that.

Wild hamsters are about a foot long, and their nests have been found to contain up to 65 kg of food. People used to see them as food competitors — the name “corn wolf” embodies just how dangerous that competition felt.

Young boys loved to take part in hamster culls to polish up their family’s income (or, later, their pocket money). Rewards were usually paid per hamster skin. Hamsters are considered the most colourful mammal in Europe, and the aspiring middle classes lined their coats with hamster pelts. (The “four-stanza arrangements” in the centena are a literal translation from German furrier terminology; the English equivalent would be “boxes”, but I liked the poetic reference.)

At some point in the 1980s, our competition with nature entered a new era. We took more land and water away from wildlife to build factories and make more of those scarce things. Agriculture switched from summer to winter cereals, and climate change shifted grain harvest times. The lack of ground cover makes hamsters easy prey to foxes, weasels and falcons. Pesticides and modern machinery mean empty pouches for those that remain.

It’s this combination of efficiency gains and seeing nature as somehow dispensable that brutally decimated the wild hamster population.

But there is hope: breeding initiatives exist in Germany, Belgium and the Netherlands. They’re relocated when construction work threatens their burrows — which occasionally leads to lawsuits.

Nice to know the lawyers that used to wear them in coats now defend them in court.