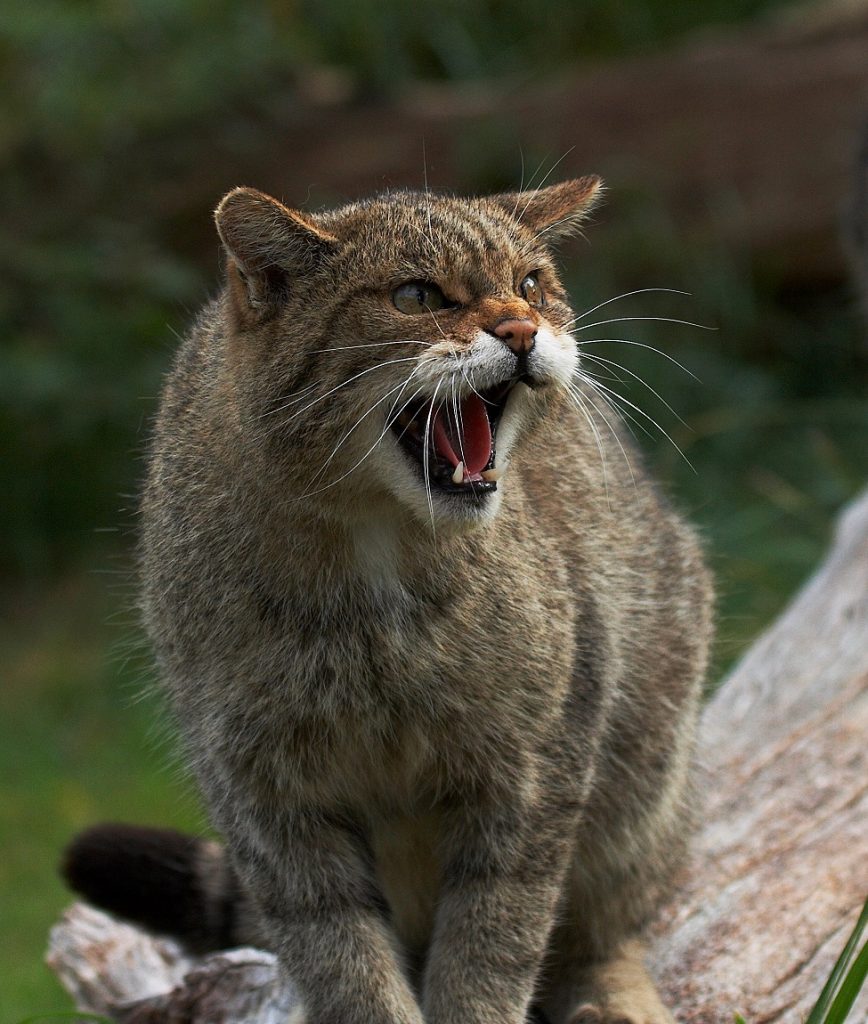 Her stark refusal to be controlled, helped seal her fate.

Her intelligent, hidden face refusing to relinquish secrets, made enemies of those who wished to carve money from the land.

Kellas baudrons with his feral father and tendency to sicken, upon hearing of the death of the Queen of Cats, rushed up the chimney and claimed the crown of the Cat Sidhe.

But a blate cat maks a prood mouse

So mind, allow the Wullcat her throne, she means you no harm but will open up space in the land for all.

The Lockdown Journey to discover the Wildcat

Fairy-stories are powerful things. Look at the damage the tale of the wee red hood did to the big bad wolf (and tribe). All it takes is one well publicised outbreak of granny-eating by one family member and you are looking at making repairs for generations!

The clever, untameable, Scottish wildcat, or Wullcat as she’s called in Scots, had a reputation for being capable of man-eating in some parts, until the 1950s. A myth no doubt perpetuated by gamekeepers hoping to find excuses to clear them from the grouse moors making profits for the descendants of their croft clearing overlords.

Wildcats only became legally protected in 1988. Approximately 92% of wildcat deaths until then were attributable to hunting, but the current legislation which allows for feral cats to be destroyed still results in accidental wildcat death.

It is an interesting situation which can also connect with the problem of the continued removal of habitat which started with deforestation to make way for sheep during the highland clearances when the decline of the wildcat began and the mistreatment and dispersal of the poorer associates of the Clan Chattan, whose motto ‘Touch not this cat’ tops and tails the piece.

In actual fact the wildcat relies heavily on rabbits, resorting in the first instance to rats and mice, rather than grouse or lambs, clearing space in the ecosystem for a more diverse range of plants and small animals to flourish. Safeguarding the landscape we rely on to nurture us and hold our stories. The Scots proverb within the tale highlights the importance of valuing the intelligent, strong creatures in our wild places not just the easily charmed, subservient ones we have put in their place.

The piece reflects on the huge risk feral cats are to wildcats’ survival as hybridization and disease take their toll. By taking a fairytale, the legend of the cat sidhe, King of Cats, with its kellas cat (kellas cats are said to be a hybrid of feral and wild cats,) taking the throne and interspersing it with Scots language; I used Scots in this piece as it was frowned on and attempts were made to prevent children from using it in school over a period of time that reflects the persecution of the wildcat. I hope to be able to gift this iconic and vital creature a small story element to assist with its efforts to survive.

(Data from the Game Conservancy’s National Game Bag Census for 1984–85 recorded the death of 274 wildcats on 40 shooting estates in central, eastern and north-eastern Scotland.)