Deep in the cold stores, Pedro plucks a bunch of spinach from the wooden crate and chomps on it. He checks his watch and sighs; nowhere near the hour he’s waiting for. Through the thick stone walls, the sound of a warehouse full of impatient people is muffled, their demanding voices merging into a sleepy haze. His mind wanders to the thick red stew Rosa will have made, bubbles popping, sprigs of rosemary swimming in a sea of broth…

Pedro looks up to see Sandrine leaning against the door, the bulk of her formidable frame bulging from turquoise leggings.

‘We’re a fruteria not a restaurant!’ she scowls.

An image of Sandrine as a goat flashes before Pedro’s eyes, her mouth chewing a never-ending piece of gum, eyes narrowed to a slit. She turns on one hoof and stomps out into the warehouse.

‘Yes, yes, of course,’ says Pedro. He picks up a crate of fat tomatoes and runs after her, glasses bobbing on the end of his nose.

Back in the warehouse, the full flood of noise and colour assaults him. Customers mill everywhere, shouting to each other over the din of an ancient radio, the Andalusian sun streaming in through the giant front doors.

‘Excuse me, excuse me,’ he mutters, sidestepping the throng of people lining up at the counter and placing the tomatoes down on the weighing scales in front of an elderly man.

‘Aubergines!’ he yells, picking up three glossy vegetables and adding them to the man’s basket.

‘Got it!’ says Sandrine, tapping numbers into the till with her fluorescent nails.

‘Olives!’ as a jar of olives is added to the basket.

An old lady in wrinkled stockings and a floral dress scoops up a small dog and carries it into the warehouse.

‘Hey!’ she calls out from behind the oranges. ‘Have you got onions today?’

‘There!’ shouts Pedro, pointing behind him.

‘No, idiot! The fresh ones!’ says the woman, scowling and patting the dog’s head.

Pedro hands the man his shopping and dodges the line of customers back to the loading deck outside. He returns holding an enormous bunch of spring onions, and thrusts them into the woman’s free hand.

The woman grunts and feeds a spring onion to her dog, muttering as she turns and walks out of the warehouse.

‘Hey Pedro!’ shouts Sandrine. ‘Was your mother a snail? Or are all these people invisible?’ She throws an arm out towards the line of customers, then turns her head and spits her gum neatly onto the floor.

Rushing back to the weighing scales, Pedro almost misses the woman holding a tray of eggs. But as his foot catches on the corner of a packing crate and he throws his arms out to steady himself, one hand swipes the tray of eggs out of the woman’s grasp and onto the floor. There is a dull crack, and then a moment of hushed pause as Pedro and the woman look down to see the trail of slime oozing out onto the floor.

‘Holy mother of God!’ exclaims Sandrine. ‘You bumbling donkey farmer – get the mop!’ 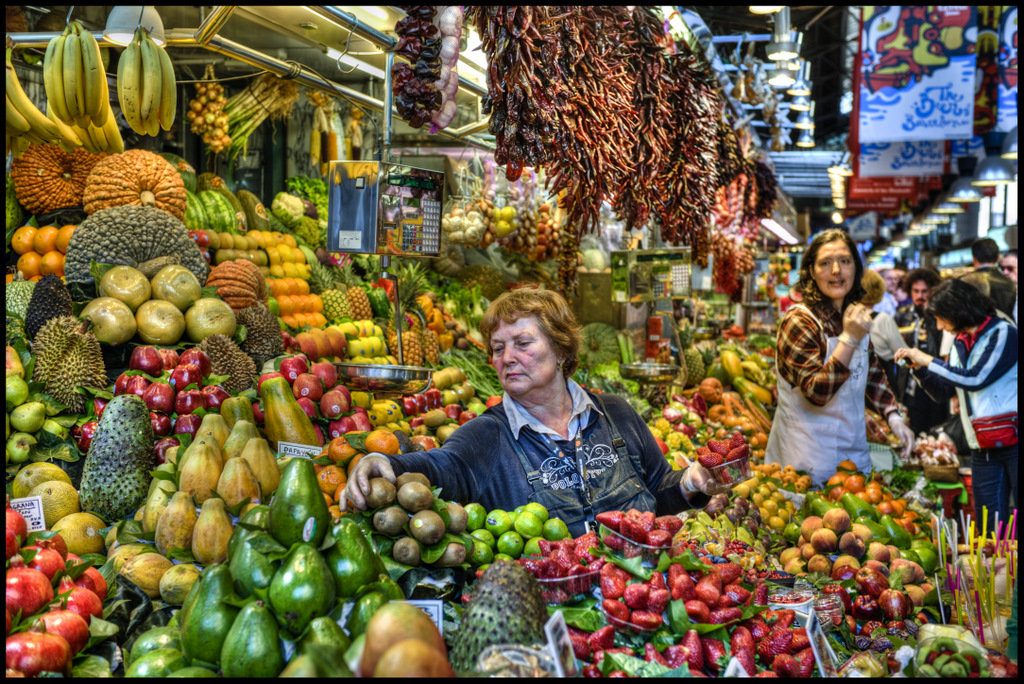