Everytime I walk past him, a nod and a smile, to George Formby, Wigan’s favourite son.

Not everyone wanted him here, immortalized in bronze. They claimed it would forever taint us as a town of backwards idiots, living in the shadow of the very model of a not-so-modern gormless northerner.

When we – the members of the Appreciation Society – finally got them to agree to his statue, they were going to shove him out the back of the shopping centre – that’s until they decided he wouldn’t blend in with the recently uncovered roman ruins. So he started hidden away in a draughty corridor, next to a few old photos of our local Rugby heroes.

We protested, of course, and they eventually saw sense and moved him to pride of place in the middle of the shops – not so much leaning on a lamppost, more leaning next to a potted palm tree. I say ‘palm tree’, it’s more the kind of overgrown pot plant you’d buy on impulse from B&Q on a bank holiday weekend.

But, still, people suddenly noticed our George and would comment with:

“I didn’t know he was that small”

“Who the fuck is that meant to be?”

As if the ukulele in his hands didn’t make it flipping obvious. Still, there’s a sign there now for those with no local pride. And he’s ranked number 17 out of 42 things to do in Wigan on TripAdvisor. That’s 25 things in Wigan that are shitter than looking at the life-size statue of a 1930s entertainer.

It was a bit sad when we finally unveiled him – his brother Ted was going to do the honours, but he died before it was finished. Still – it was a grand day out.

Now he stands there proud, with his treasured stringbox to hand, ready for one last rendition of ‘Windows’. He can certainly watch people now. They might ignore him, but I won’t. 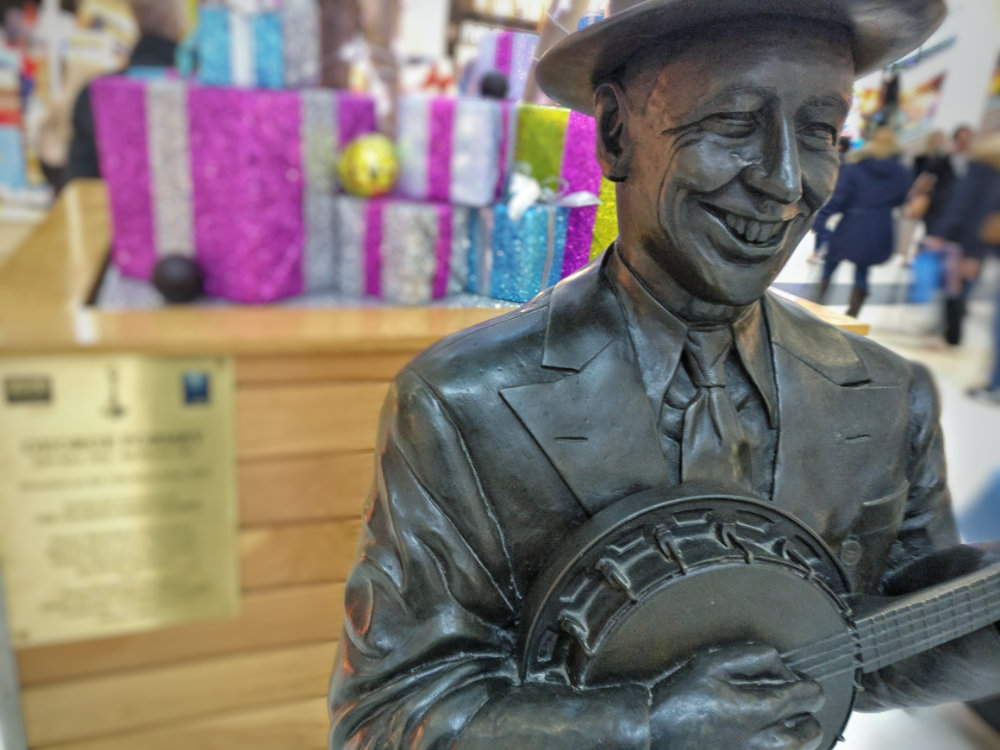 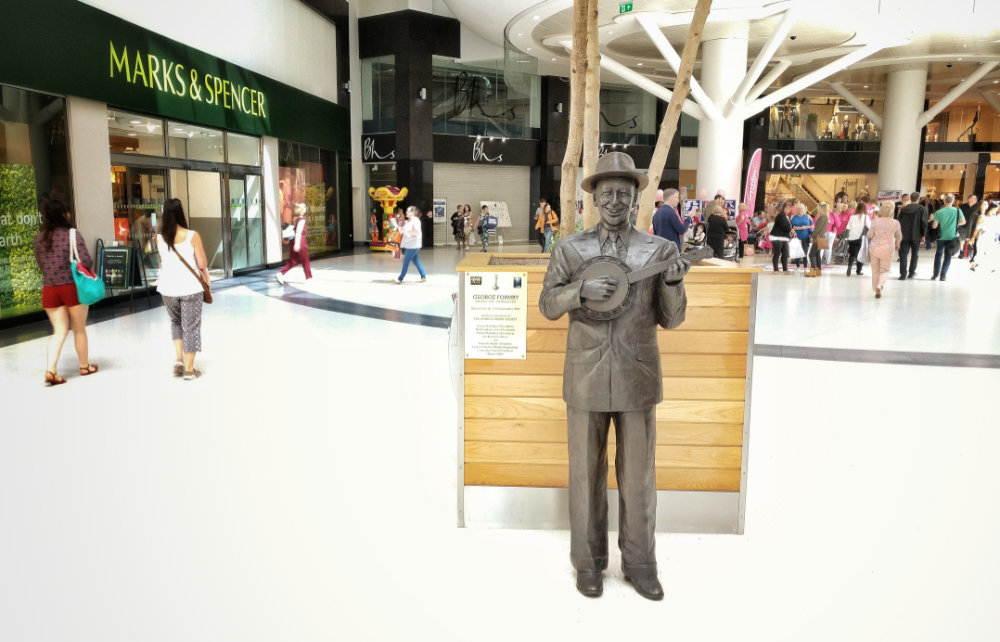