I’ve long sat in this corner and always thought I was a bit special til I heard that fine young thing from Donegal chatting away to some sharp boyo the other night. I reckon she’d taken a bit of a shine and they were bantering. Turning to arrange the bottles on the shelf, she said “So many spirits in this bar, not sure what to do with them all; have to get them organised.”

I ask you? First off talking about me like I wasn’t there, then like I was one of many, and worst, suggesting I needed organising. Slip of a lass a fraction my age picking on me and mine when rogues and scoundrels just drift in and out no questions asked.

Still, not the first time I’ve heard a rum thing in here, won’t be the last. My memory’s not what it was but way back when that smartly dressed fellow used to stay here, a stream of young men passed through, volunteering for the King’s shilling. It’s how this place got its name. Don’t say I told you but I reckon it wasn’t the chance to fight for king and country they came for, it was knowing they’d get to take their shilling from Molly’s lips. Clever ruse that; soon filled the ranks.

But like I said, you didn’t hear it from me. Can’t sit here undisturbed and then go telling tales. This place is like a second home for some, or a first. Truth be told, those folk make me sad. Come in every day, all weathers, for a chat as much as an ale. Must be getting sentimental but it’s the way they always sit in the same place, same drink, same glass. Ha, look at me. Old chap in the corner no-one sees, always alone, clutching a dented tankard that never runs dry. Fine one to talk.

None’s half as sad as that woman tho.’ Sarah, I believe they called her. Used to come in all out of breath after climbing up from the Cobb, hair dripping and her huge coat (that she’d drape over the back of the chair, sometimes resting it half on my knee) smelling of brine.

I was glad when they had a French red wine in; she never minded paying dear for it and seemed somehow content with that in her hand. But most often she’d drink gin – too much, too fast – and get maudlin and start on about some lieutenant who’d wronged her and another chap called Charles who sounded little better. Right mess; she clearly needed to talk and said no-one ever heard her perspective except in here.

Some I miss. Even feisty Hilda who’d elbow folk out of her chair. She’s got a plaque on the bar, ‘Hilda’s place;” a firm reminder. Joe’s got one too. That, and an unspoken rule (spoken or unspoken, nothing gets past me) that he’ll find this place as he left it.

Since he’s been gone this has become the punters’ pub, but even before he’d make  everyone who came through the door feel like his friend. The kindest soul with the gentlest heart; I’ll drink to that.

His Dinah lured him to Lyme, her Irish sweetheart from the army band (which I was glad to hear; never had gentle Joe down as a fighter). Anyway, Dinah’s always popping in, neat little lady with an impish smile and the quickest wit. And their Becky, keeping it in the family; her own daughters behind the bar some days. The Voly girls. Always a tonic.

Ouch. Excuse me, these wooden chairs are hard for me now. Not surprising, we get a lot of jokes in here about old fossils, and I certainly feel like one. Not that I’m not grateful: taking up this corner every day for centuries and they never chase me out. Tho I was sad a while back when I brushed past the new bargirl in the corridor; actually, she bumped fair and square into me but never said sorry, just looked shaken and went white. Never good to have that effect on a young lady; I heard her say she was glad the beer cellar was upstairs (it’s an Irish pub after all) or she’d be scared to go down there alone.

Gosh my bones creak these days. Or was that the door? Sounded like it but if it so much as opens a peep all the punters swing round. Not today.

“Must have been a strong gust” said one.

“Probably some old ghost trying to get in” japed another.

But it was the door. I saw that clear as day.

And there he was.

I don’t stand up for many, but I want to offer him my seat. More, I want to get close enough to see if that smile breaks across his face as he takes it all in. And sure, it does.

“Just as I left it” he whispers, dropping his tweed cap on the table “Space for me on the end there?”

Joe, back in O’Donnell’s Bar, like he’d never left.

Worried I was gawping, I muttered “It’s damn good to see you. But why now, Joe?”

“Dinah turns 80 in July and they’re planning a big bash. I’ve heard they’ll be making the hall up the road into Ronnie Scott’s, where I used to play.”

I smiled; I knew. These plans were the talk of the Voly.

Joe’s eyes sparkled. “I was the happiest lad in the land in that hall in 1961, our wedding reception.”

I edged out of my chair. It was the best seat in the house and I’d been lucky to keep it this long. Now royalty was back I’d need to find another pew.

“No no, that’s your seat. Anyway” he winked, the sparkle in his eye now glistening more strongly “It’s been a long journey, let me sit here where I can see Dinah.” 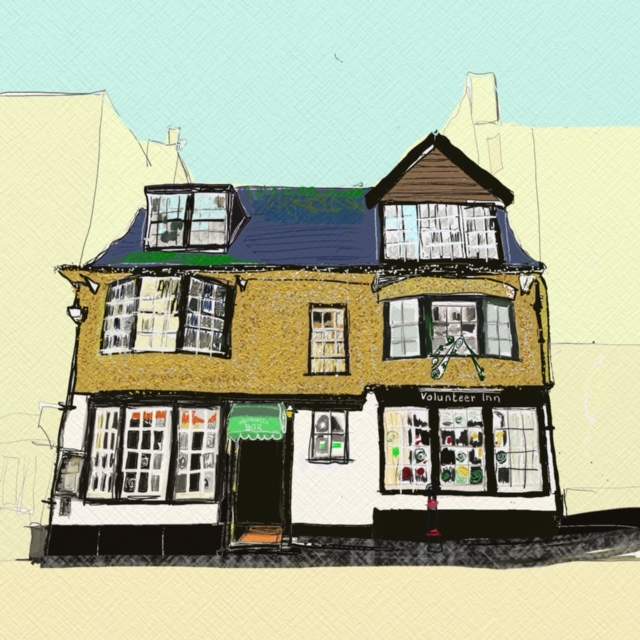 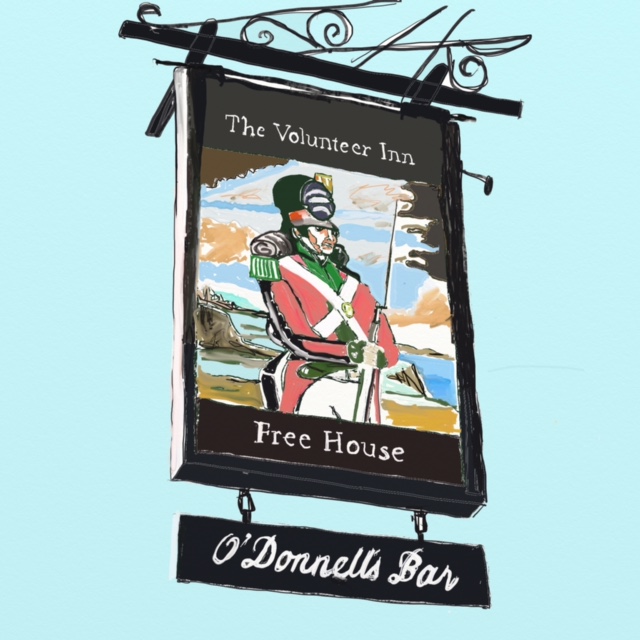 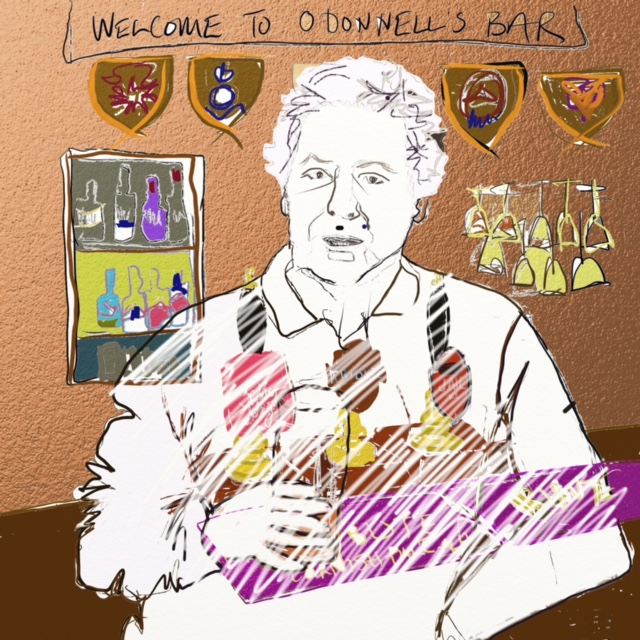