Hugh Dalton and I 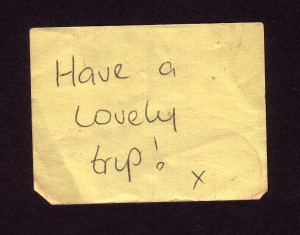 Hugh Dalton and I have known each other for twenty-three years now. Of course, I have the higher IQ, although he was always too pigheaded to admit it.

Okay, maybe I’m being a little unfair on the old boy. When it came to chess, he was in a league of his own. I had always thought of myself as a talented player, so naturally I was overjoyed to have stumbled upon such a worthy adversary. The hours we spent testing each other’s nerves, calling each other’s bluff, battling it out over black and white. And the look on his face each time I beat him. You should have seen it! All puckered up like a pit bull’s arse. Poor Hugh. He never could take losing to a woman.

Hugh could have been anything he wanted to be, you know. I used to tell him he should go for the top job – an Eton boy with an Oxford degree and a fine head of hair like that; he would’ve been a shoo-in. But he wouldn’t listen. Whenever I tried to give him even just an ounce of friendly advice, the pit bull’s arse would reappear, all red and puckered. So when I found out that Hugh was joining my department I was naturally both delighted and disappointed.

No, there was never anything romantic between us. Although I must admit I was a little surprised when he told me he was going to propose to Amelia Atherton-Jones. You could practically hear the two brain cells clacking together in that empty skull of hers. I just couldn’t understand it.

I tried to hide my distaste for the matter but the way Hugh looked at me changed. You see, Hugh was the only person who ever really saw through me, which was simultaneously an advantage and a disadvantage for both of us. Over the years I’ve often felt his gaze on the back of my head, catching his stare in my peripheral vision. We’d become very close, he and I. We even used to leave each other little messages on the Post-It Notes we keep in the office. It became a sort of running joke, so we just carried on doing it.

Yes, three weeks ago – just before he left for Vienna. You see, I was on the verge of a major breakthrough in my research and naturally I wanted him to be the first to know.

Well it was really quite unlike him. He had always acted as if we were indulging in a permanent game of chess – constantly trying to anticipate my next move and better it however he could. So I was expecting to see the pit bull’s arse again at any second, but it never reappeared. Instead, Hugh got himself all excited, asking question after question after question.

After that it wasn’t long before I realised Hugh was planning on stealing the glory for himself. I overheard him telling a mutual colleague about my discovery, claiming it was his. I couldn’t let him put one over on me like that, so I invited him to my place for supper and confronted him.

No, of course not. Hugh was a good sport. He knew he’d been rumbled, so he apologised and that was that.

Why should I hold it against him? We both knew how this little game of ours worked. In fact, I think I might have even been a little disappointed if he hadn’t at least given it a good go. That would have been an insult to my intelligence. Neither of us had ever expected the other to bow out gracefully.

He finished his supper, we said goodnight, and he left for Vienna a couple of days later.

No, I don’t know why he didn’t return.

What are you implying?

I’d like to have a lawyer in the room before I say any more.

One Response to Hugh Dalton and I