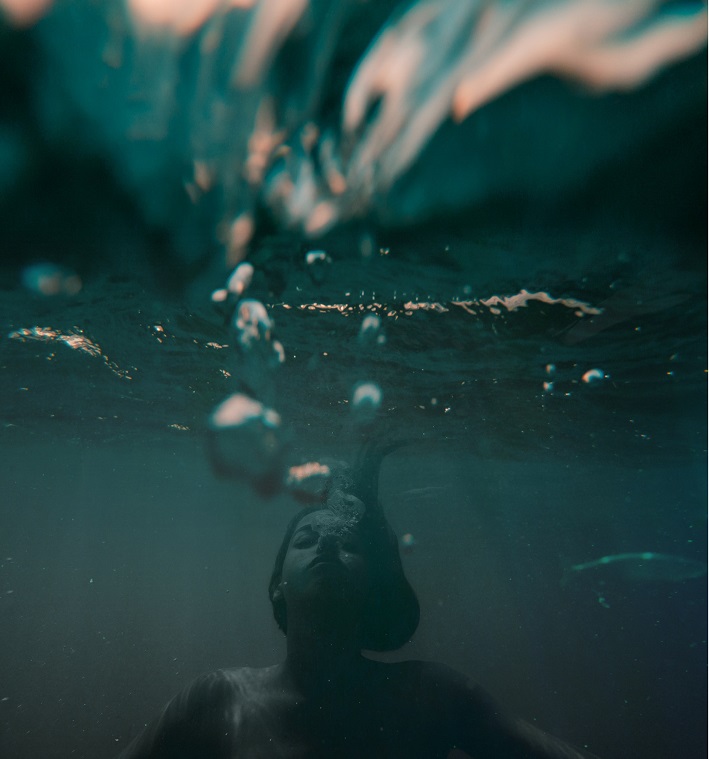 A gulf between my barren curves
and the promise
of my bountiful blue-green depths.

Underneath
I am a husk.

And yet people play,
swim,
drink,
feast from my abundance.

My name is Tīkapa,
the sound of mournful sobbing.

The truth,
it is a much softer sound.

The sound of my mauri,
my wairua,
ebbing.

You are lulled by my gentle rhythms,
a steady pulse on the shore.

The tide returns
endlessly,
but there is no promise my mauri will.

A teeming ocean quivers
on the horizon’s guillotine edge.

But there is a gulf between.

It looks like a marauding horde of amphibian hedgehogs, executing a takeover of rocky ocean terrain. Closer observation reveals these spiky creatures are more rounded than their land-based doppelgängers. And they don’t have a face. This cluster of creatures is kina, our native sea urchin, and the vast numbers of them paired with the dearth of surrounding sea life is a sign that Tīkapa Moana – New Zealand’s Hauraki Gulf – is in trouble.

All things being equal, finding kina in the Gulf would be a happy event. Kina are useful grazers; underwater gardeners that keep the kelp in check. They’re tasty too: their strange blend of rich, earthy, salty, sweet flavours make an incredible pie.

But all things are not equal. They’re wildly out of balance. Each year, New Zealand relies on the Hauraki Gulf – 1.2 million hectares of ocean – to support billions* of dollars of economic activity: aquaculture, fishing, tourism, shipping and ferry transport. These constant demands on the Gulf’s resources have taken their toll.

It’s not a new problem, it’s just that so far the solutions have been inadequate. In 2000, the Hauraki Gulf Marine Park was established to protect this national treasure. Yet only 0.3% of the marine park was fully protected and designated as ‘no-take’. Today the commercial fish catch in the Gulf is 30% higher than it was two decades ago.

The Hauraki Gulf washes against the coastlines of the wider Auckland region, the Hauraki Plains, Coromandel Peninsula and 50 little and not-so-little islands. It should be home to an abundance of sea life, but more and more species are noticeably absent. Kūtai mussels that were once hard to miss are now increasingly hard to find, sightings of Tohorā Bryde’s whales are a rarity, Kōura crayfish numbers have declined by 20% since 1945 and Tāmure snapper have seen an 83% decline on historic levels.

And that’s where the kina come in. Without the snapper and crayfish – and the other higher-on-the-ocean-food-chain predators – to keep these marauding grazers in line, the kina mow through the kelp and seaweed on rocky reefs, leaving behind a barren wasteland that can’t support the many ocean species that rely on it for sustenance and habitat.

Every weakened link in the Hauraki Gulf food chain threatens all the other species. From the mighty Tohorā Bryde’s whales to the Tara iti fairy terns – a species perilously close to extinction with just 40 birds remaining in the world.

This year, New Zealand’s government has announced a new strategy to help restore the health of the Gulf. It includes 18 new marine protection areas, active restoration of some of the Gulf’s most biodiverse regions and a range of changes to fishing practices and catch settings.

Tihei mauri ora. I will be an advocate for more protection for Tīkapa Moana, Hauraki Gulf, and the coastal and marine species that rely on it.