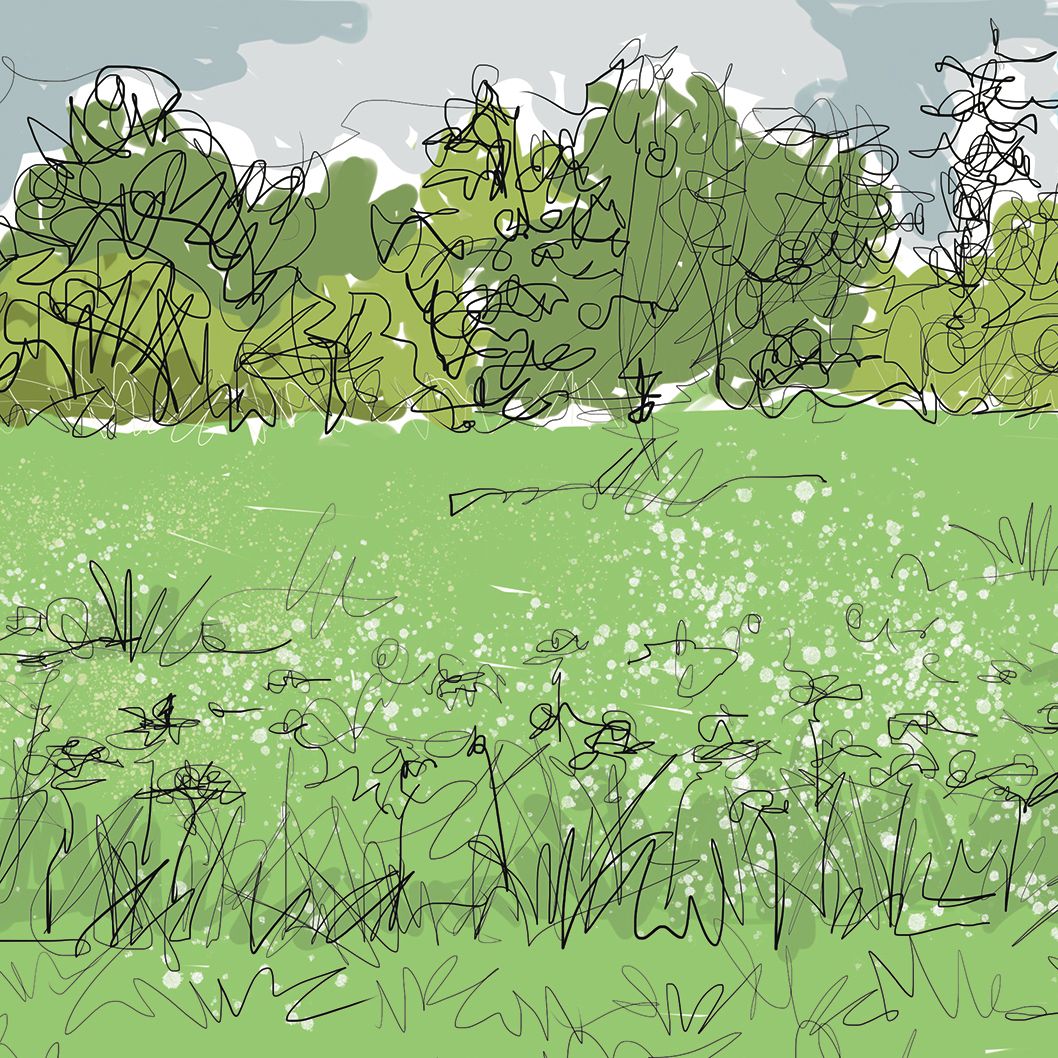 out in the garden
turn weeds into wildflowers
mirroring meadow

What would Nancy do now?

There’s a meadow behind me on the edge of the South Downs, where what’s left of the bees quench their nectar thirst on dandelion and burdock. It almost wasn’t. In a back-to-the-future moment, its sixty acres almost became home to a 1930s housing estate. It took a local resident – author and former silent-movie actor Nancy Price – to say, ‘Enough’s enough.’ Nancy had the foresight to know that meadows are worth saving and her efforts led to what we now know as The Sanctuary becoming public open space. Today we would call Nancy a conservationist; I wonder what they called her in 1938.

A walk in the Sanctuary is a stroll through hogweed, ragwort, yarrow, cow parsley, and knapweed. entwined with grasses. At its edge live burdock and mugwort. It wasn’t always so: in 2021 Adur and Worthing Council stopped mowing the meadow. That this may be cost cutting disguised as environmentalism doesn’t matter – the meadow has arrived at the right place.

We describe meadows as habitats for a reason – things live there. A meadow supports an entire food chain from invisible insects to birds of prey, via bees and butterflies. When we lose a meadow, we lose more than a meadow: we lose an entire ecosystem.

Meadows have a pseudonym: unimproved grassland. Why? This insinuates neglect. So-called improved grassland is treated with chemical fertilisers, herbicides, and other ‘improvers’. Paradoxically, we can improve our unimproved grasslands by not improving them. Rina Quinlan, Sussex Wildlife Trust’s Wilder Landscape Adviser, agrees and adds, ‘We need a species-rich grassland, meadows aren’t just about wildflowers. Leave the mowing, untidy is good, nature is random not homogenous.’

But there is also a balance to be struck, as Rina points out, ‘If left completely undisturbed a meadow will revert to woodland, but we can introduce natural disturbance with light grazing from a full mix of herbivores.’

I offer Rina a magic wand, which she waves enthusiastically and wishes, ‘Rewild where we can, mimic where we can’t, in our back gardens – mow less, cut higher, mow a path and leave the rest, plant yellow rattle as a natural grass manager.’

I wonder, ‘What would Nancy do now?’

One thought on “Meadow/unimproved grassland”